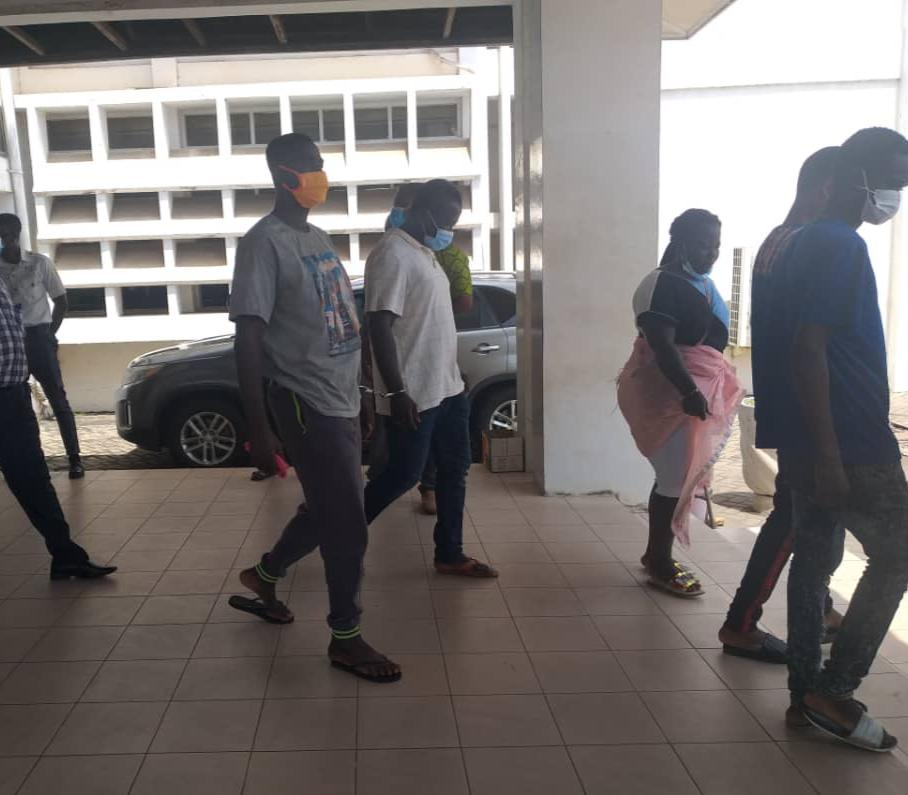 The Accra Circuit Court has refused to grant bail to some eight persons arraigned in connection with the robbery and killing of the late Member of Parliament (MP) for Mfantseman, Mr Ekow Quansah Hayford.

Six out of the eight suspects had earlier been arraigned on charges of conspiracy and robbery.

At Monday morning's hearing (November 2, 2020) the prosecution withdrew the charges and filed new charges with Fuseini Osuman and Fred Tetteh aka Wallace as the new suspects bringing the total number to eight.

With the new charges, the eight accused persons pleaded not guilty to conspiracy and robbery at the court presided over by Ms Evelyn Asamoah.

Lawyers for the accused persons made various arguments for bail.

For instance defence counsel, Mr George Asamaney told the court that his clients were no where near the crime scene when the incident occurred adding that, his clients, when admitted to bail, will appear before the court and will assist with police investigations.

But the court, remanded them into police custody to assist with police investigations.