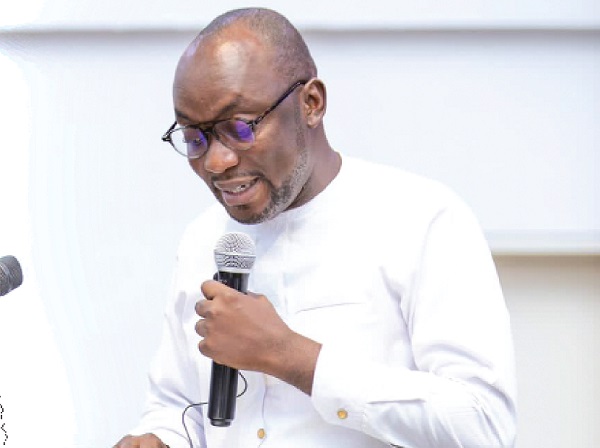 Majority of Ghanaians are overweight or obese, the Ghana Obesity Survey 2021 has found.

The first ever most comprehensive survey on obesity and other lifestyle behaviours in the country found that 85 per cent of Ghanaians do not eat healthily, while more than 50 per cent are either obese or overweight.

The study, conducted in the country’s three largest and most cosmopolitan metropolises — Accra, Kumasi and Tamale — also found the results not surprising, given the alarming evidence the study gathered on eating habits and physical inactivity.

“More than half of the population do not exercise at all, while almost 90 per cent of the people do not eat well, based on the World Health Organisation (WHO) recommended level of fruits and vegetable consumption,” it indicated.

Public health experts fear the results of the study are a testament to the upward trajectory which, if left unaddressed, will cause massive health risks for millions of Ghanaians.

The full-scale obesity study, which was under the auspices of the Ghana Statistical Service (GSS), saw more than 3,380 people interviewed in the three metropolises.


The sampling and collection of data, which were done by the GSS, considered the height and weight of respondents.

The WHO currently recommends the consumption of at least 400 grammes of fruits and vegetables each day – or five servings of 80 grammes each.

Speaking with the Daily Graphic on the study, the Academic Lead of the Ghana Obesity Survey, Dr Kingsley Agyemang, said obesity was on a sharp rise in the country, saying that as the study confirmed, it was due to the increased adoption of inactive lifestyles.

He called for the immediate development of “context-specific, culturally sensitive, cost-effective and sustainable” public health measures to address obesity in the country.

He explained that the recommended healthy way of dieting was the consumption of five portions of food, including fruits and vegetables, either cooked or in their raw form.

However, he lamented, the study, which scientifically chose the three metropolitan areas, found that most people did not consume fruits and vegetables.

The study was informed by the first-ever stakeholder engagement obesity workshop in 2019 to determine policy direction on obesity in sub-Saharan Africa.

The workshop brought together over 50 policy makers across multiple sectors.

Dr Agyemang, who is also the Registrar of the Scholarships Secretariat, explained that such interventions could include the mass fitness actions he developed in 2020.

“The Kingsley Keep Fit now has over 5,000 people in Ghana and has extended to inter-school events under the auspices of the Ghana Football Association,” he explained.

The Presidential Advisor on Health, Dr Anthony Nsiah Asare, in an interview, acknowledged the policy impact of the study.

“The study was conducted to inform Ghanaian health policy to reduce obesity. I believe that the study team built on policy relevant and innovative academic methodologies in reviewing the evidence base, using advanced sampling techniques and statistical analyses to outline key areas that needed attention,” he said.

Dr Asare, who is a former Director-General of the Ghana Health Service, expressed the belief that the study was already informing the policy debate in the country on tackling obesity.