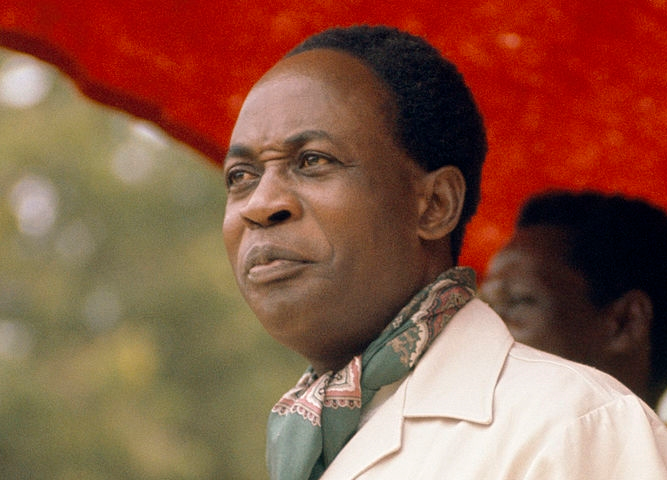 The Ministry of Interior has reminded the public that Monday, September 21, 2020 is a public holiday marking Kwame Nkrumah Memorial day.

The general public is hereby reminded that it is a Statutory Public Holiday and should be observed as such throughout the country, a press statement issued by the Ministry of Interior and signed by the Minister, Mr Ambrose Dery said.

The general public is advised to observe the safety protocols associated with the novel coronavirus pandemic (COVID-19), especially in relation to social events at public places, the statement added.

The Kwame Nkrumah Memorial Day, is a day set aside to remember and honour Ghana’s first President.

In the past the celebration of the day had been marked with some controversy.

While some are of the view that Dr Nkrumah is the sole founder of Ghana, others think there were many people who contributed to the founding of the modern state of Ghana, notably the other members of Big Six.

Role of the Big Six

They argue that the other five members of the Big Six; William Ofori Atta, Ako Adjei, J.B Danquah, Edward Akufo-Addo and Obetsebi Lamptey, also played pivotal roles in the independence struggle and ought to be celebrated alongside the first President.

According to the pro Danquah faction, Dr Nkrumah was invited to serve as the General Secretary to the United Gold Coast Convention (UGCC) under Dr J. B. Danquah.

He returned to Ghana in 1947 to take up the position but split from the UGCC in 1949 to form the Convention People's Party (CPP).

In February 1948, the police opened fire on ex-servicemen protesting the rising cost of living, spurring riots in Accra, Kumasi and elsewhere.

The colonial government suspected the UGCC was behind the protests and arrested Dr Nkrumah and other party leaders.

Realising their error, the British soon released the leaders. After his imprisonment by the colonial government, Dr Nkrumah emerged as the leader of the youth movement in 1948.

After his release, Dr Nkrumah went round the country proclaiming that the Gold Coast needed "self-government now", while Dr Danquah was for independence in the foreseeable future.

He attended Achimota School and also trained as a teacher. He went to the United States in 1935 for advanced studies, receiving a B.A. from Lincoln University in 1939.

He also received an STB (Bachelor of Sacred Theology) in 1942, a Master of Science in Education from the University of Pennsylvania in 1942 and a Master of Arts in Philosophy the following year.

While lecturing in Political Science at Lincoln, Dr Nkrumah was elected President of the African Students Organisation of America and Canada.

He continued his schooling in England, where he helped to organise the Fifth Pan-African Congress in 1945.

Formation of the CPP

He was made Chairman, with Komla Agbeli Gbedemah as Vice Chairman and Kojo Botsio as Secretary. Other members of the Central Committee included N.A. Welbeck, Kwesi Plange, Krobo Edusei, Dzenkle Dzewu and Ashie Nikoi.

Dr Nkrumah declared “positive action” on January 8, 1950 in front of a large CPP crowd at a public meeting in Accra. He travelled to Sekondi, Cape Coast and Takoradi to repeat it.

The colonial government declared a state of emergency which took effect from January 12, 1950 and prohibited the holding of processions, imposed curfews and disconnected public services in certain areas.

Dr Nkrumah was arrested on January 21, 1950, tried for inciting an illegal strike and sedition for an article in the Cape Coast Daily Mail and sentenced to three years imprisonment.

Mr Gbedemah kept the party running and was in constant touch with Dr Nkrumah who was held at the James Fort Prison from where messages were smuggled out on toilet paper to the party headquarters.

While in prison, Dr Nkrumah led the CPP to achieve a stunning victory in the February 1951 election.

He was freed to form a government, and he led the colony to independence in 1957.

A firm believer in African liberation, Nkrumah pursued a radical pan-African policy, playing a key role in the formation of the Organisation of African Unity in 1963.

At home, he led a massive socio-economic development that saw the springing up of infrastructure across the country.

As time passed, he was accused of being a dictator and also of forming a one-party state in 1964, with himself as President for life, as well as actively promoting a cult of his own personality.

Overthrown by the military in 1966 with the help of Western backing, he spent his last years in exile, dying in Bucharest, Romania, on April 27, 1972. His legacy and dream of a "United States of Africa" still remains a goal among many.