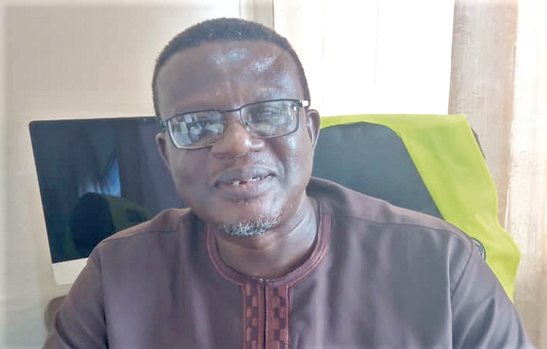 The acting Chief Executive Officer (CEO) of the Land Use and Spatial Planning Authority (LUSPA), Mr Kwadwo Yeboah, has charged metropolitan, municipal and district assemblies (MMDAs) to own the ongoing street naming and property address project.

He emphasised that LUSPA had given itself up to September 2023 to make sure that every property in the country had an address system, and that if the project would succeed, much would depend on the MMDAs.

Speaking with the Daily Graphic, Mr Yeboah urged the assemblies to take issues of spatial planning seriously in order to ensure improved layout of communities.

“The project should be their baby, and when we are done, they must ensure they maintain what we have done,” he said.

He asked the assemblies to take spatial planning issues seriously, saying: “When we are able to prepare our spatial plans in a participatory manner and they are approved and gazetted, they become legal documents, and this will ensure quick responses by emergency service providers, such as the Ghana National Fire Service, the Ghana Police Service and the Ghana Ambulance Service.”

Mr Yeboah said the issue of the street address system was not a one-off activity, as the authority regularly came up with new developments.

He described reports of scrap dealers removing the plates embossed on properties as unfortunate and called on the media and communities to own the project and report those tampering with it, while LUSPA and its stakeholders intensified education.

He said it was very unfortunate that while the government was spending so much on the digital address project, bad people were removing the plates, and called on the law enforcement agencies to deal ruthlessly with such culprits.

That notwithstanding, he said, “We expect to complete with about seven million property addresses and we are going to cover every village and city.”

Mr Yeboah hinted that after a recent meeting with the Minister of Local Government and Rural Development, a circular would soon be issued to all MMDAs, through their chief executives, to, by June 2022, have a complete address system, with support from the authority.

The LUSPA CEO indicated that having the digital addresses would also help the assemblies know the number of properties in their jurisdictions.

That, he explained, would go a long way to enhance their revenue generation, as well as e-commerce and also help deal with issues of utility services.

He was of the view that instead of going through the right channel and procedure before such structures were approved, the assemblies did not do that, pointing out, for instance, that in most cases, they collected the permit fees upfront from the developers when they had not even assessed where the structures would be sited.

That, Mr Yeboah said, was the basis for which the LUSPA needed the data from the MMDAs in a map form, not just addresses indicating structures and roads.

If the assemblies eventually carry out the mapping very well, he said, his outfit would use the system to ensure proper layout of streets.

Citing a 2021 monitoring carried out by LUSPA to reinforce his point, Mr Yeboah said the siting of unauthorised structures permeated all the 261 assemblies.

“Unfortunately, if you go to the Ashanti Region, for instance, out of the 43 MMDAs, 34 are collecting permit fees upfront. This is not just worrisome but a very scary practice that needs to be seriously tackled before it generates a lot of challenges for the country in the future,” he said.

He stressed that as a regulatory body, LUSPA had identified the challenges and was going to issue regulatory notices to the assemblies to comply with the laid down procedure.