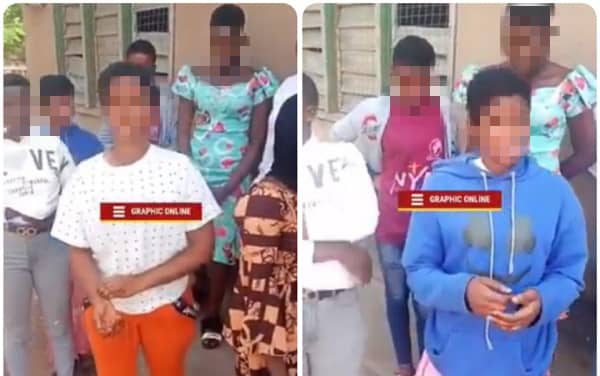 President Nana Addo Dankwa Akufo-Addo has intervened in the case of the eight senior high school students of Chiana who have been dismissed by the Ghana Education Service (GES) for insulting the President.

This was after the President's attention was drawn to it.

Consequently, the Minister of Education, Dr Yaw Osei Adutwum has directed the GES to consider an alternative disciplinary action instead of dismissal.

The spokesperson for the Education Minister, Kwasi Kwarteng disclosed the latest development in a press statement dated Friday, January 13, 2023.

The GES on its part has referred the subject matter to the school’s Disciplinary Committee to explore alternative sanctions other than dismissal.

The affected students are to report to the Headmistress of the School for further directions.

The female students were dismissed by the GES for insulting President Akufo-Addo in a video they recorded and shared on social media.

They are students of the Chiana Senior High School in the Kassena Nankana West District of the Upper East Region and were suspended last year prior to the dismissal which the Ghana Education Service says is to serve as a deterrent to other students.

They were seen in a widely circulated video using vulgar and unprintable words on the President.

The video was in reaction to the President's national address on the economy on November 30, 2022, the address which later popularly came to be referred to as l’argent n’aime pas le bruit, to wit, money does not like noise, sika mpɛ dede.

After the dismissal letters were handed over to them, the students have been seen in another video apologising for their comments.

The GES also apologised to the President and the general public on behalf of the students and school.

Meanwhile. the management of GES has referred the subject matter to the school’s Disciplinary Committee to explore alternative sanctions other than dismissal.

A statement issued by the GES Friday evening (Jan 13, 2023) said the affected students were dismissed based on a recommendation from the school’s Disciplinary Committee.

"Thus, management has referred the matter to the school’s Disciplinary Committee to explore alternative sanctions other than dismissal."

In the meantime, the affected students are to report to the Headmistress of the School for further directions, the statement added.

"Management acknowledges the interest of stakeholders in ensuring that these students are reformed in the best possible way," it added. 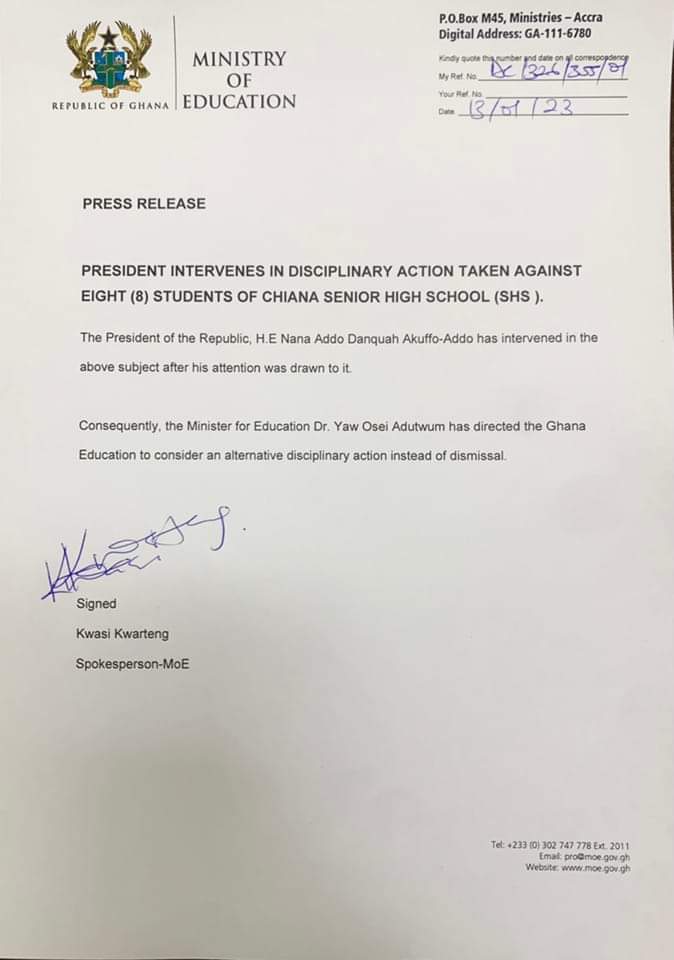