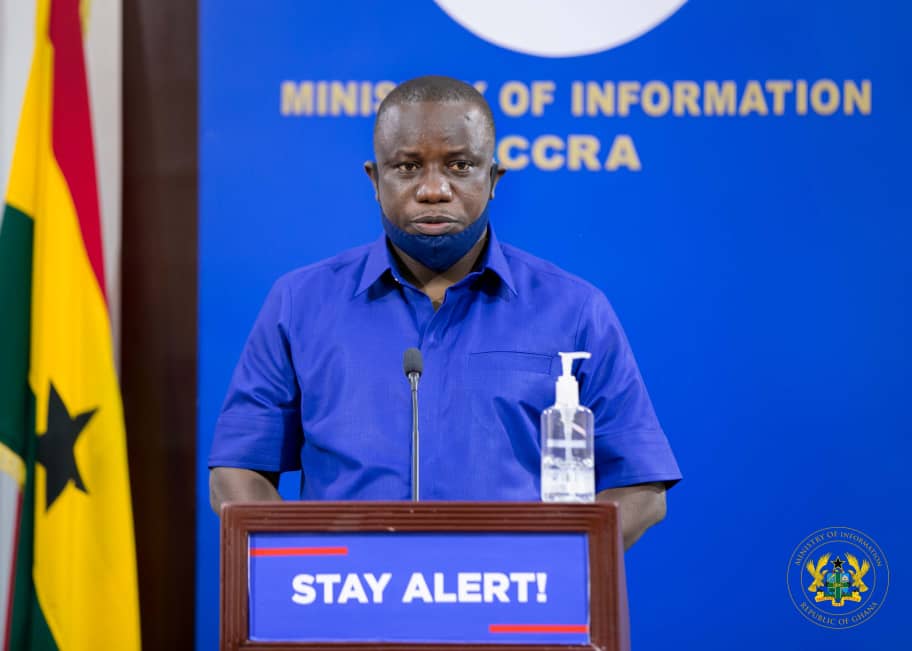 The Minister of Defence, Mr Dominic Nitiwul, has stated that the deployment of the military to the Volta Region was to support the Ghana Immigration Service (GIS) to enforce the closure of borders directive as part of efforts to control the spread of the coronavirus disease (COVID-19).

Responding to claims that the government had deployed the military to intimidate residents of the region and prevent them from participating in the upcoming new voters registration exercise, the minister explained that the military men had been deployed to secure all borders of the country.

According to him, since the closure of the border, about 5,000 people had been arrested by the GIS.
Most of the arrested persons had tested positive for COVID-19 and that had contributed to the surge in the number of infected persons in the country, Mr Nitiwul stated.

In an attempt to curtail the trend, he said it became imperative for the government to enhance security at the country’s borders by deploying the military.

“These military men are not there to intimidate anyone, they are only protecting our borders and that is a right thing to do to ensure that the country is safe from any importation of the virus,” the minister stressed.

“If anyone has to be prevented from voting, there is a procedure for that and the military does not play any role in that,” the minister stressed.

The Minority in Parliament and the Volta Regional Branch of the National Democratic Congress (NDC) have accused the government of deploying military personnel along the country’s borders in the Volta, Oti and the Northern regions to intimidate residents.

Former President Jerry John Rawlings, in a statement, said the presence of the security personnel was generating animosity, especially, among innocent citizens whose basic way of life was being disrupted.

Former President John Dramani Mahama also said the deployments were creating panic and anxiety among residents of the various regions who had no doubt that it had been done as part of a larger strategy to intimidate them and prevent them from taking part in the registration exercise which starts today.

Mr Nitiwul, however, said about 648 military men together with some officers had been deployed to secure all borders of the country.

Giving the breakdown, he said, 99 military men with three officers had been deployed to support the GIS in the Upper East Region.

The Northern Region had 107 military men with five officers, while 72 military men, including two officers, had also been sent to the Oti Region.

He said the Upper West had four officers and 64 military men, while the Savanna Region had also received 21 military men.

Bono Region, he said, received 56 military men, while 95 military men and three officers were sent to the Volta Region.

“Comparing the figures, it’s clear that the Northern Region and the Upper East Region received the highest number of troops, does this mean we are also trying to intimidate them and prevent them from registering? This is an operation to ensure safety and there is no hidden agenda to this,” the minister said.

“If anyone wants to come to Ghana, the protocol is very clear; you go to the embassy and register and we will let you come in but you will be quarantined for 14 days,” Mr Nitiwul said.
We will never allow other people to come into the country through unapproved routes and that is exactly what we are doing,” he added.