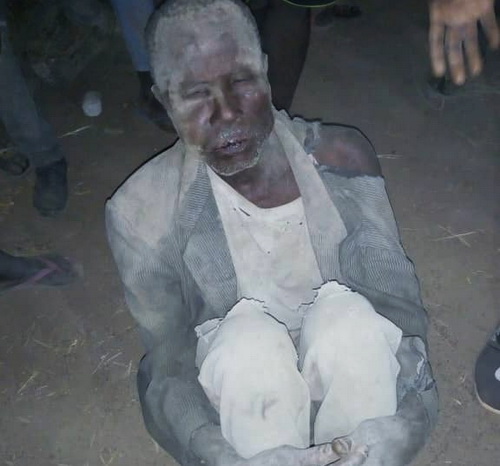 A disagreement between two brothers over the carcasses of a dog and goat sacrificed for their late father has cost the life of one while the survivor is in police custody.

Nwenle Takia, 52, and elder of the two brothers is said to have stabbed his brother Bignani Takia, 50, on his left armpit, top of his left breast and in his testis while they fought over the cooked goat and dog meat at Piabuni, a village near Gbingbani in the Bunkpurugu-Yunyoo district of the Northern Region on Monday.

The police at Bunkpurugu say at about 7:45pm on the fateful day, they received a distress call from the assemblyman at Gbingbani electoral area, Dawuni Richard to the effect that the two brothers were fighting over a small goat and dog cooked meat at Piabuni after a sacrifice both performed to their late father.

It is unclear how the fighting started or what caused it, but the police were told that in the course of the fight Nwenle Takia pulled a knife and stabbed Bignani Takia repeatedly, killing him instantly.

The body of deceased was sent to the Faith Community Hospital at Nakpanduri where a post-mortem examination was performed before the body was released to the family for burial.

D/Sgt Justice Ackah in charge of the case said the suspect Nwenle Takia in police custody.