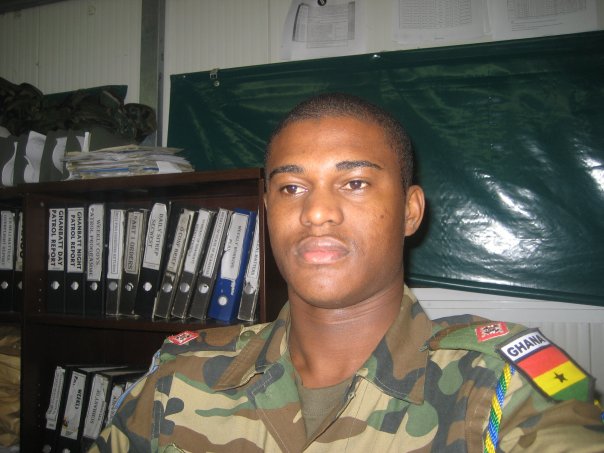 The pathologist who worked on Major Maxwell Adam Mahama's body has accused the police of making his work difficult.

Dr Lawrence Adusei was at the Accra Central District Court on Thursday to explain why the autopsy report of Major Mahama had not been released five months after the military officer's gruesome killing.

He told the court that the police had failed to provide all the adequate information needed to facilitate his work.

According to him, police investigators failed to meet him to furnish him with certain important information

Also, he accused the police of not making certain things such as the crime scene pictures available to him.

According to him, he only saw the investigators of the case on October 18, 2017, one week after the court ordered him to release the autopsy report.

He also told the court that he had not been paid for the past 10 years for all the autopsy work he has done for the police.

"I am supposed to be paid Gh₵5 for every autopsy that I do and also Gh₵10 when I testify in court, but for 10 years now, I have not been paid," he said.

In a response, the prosecutor, Deputy Superintendent of Police (DSP), Mr George Amegah , said the pathologist should have written to the police if indeed he was facing any challenges with regard to the autopsy of Major Mahama.

"What prevented him from writing to the police for the information that he needed", he said.

DSP Amegah explained that apart from Major Mahama's case, there were numerous murder cases in which the police had not received the autopsy reports.

After making their submissions, the court, presided over by Mr Ebenezer Kweku Ansah ordered the Director General of the Criminal Investigations Department (CID) of the Ghana Police Service to provide all the requirement that Dr Adusei needed in order to come out with the full autopsy report.

The autopsy report, the magistrate ordered, must be ready in three weeks.

Major Mahama was lynched at Denkyira -Obuasi in the Central Region on May 29, 2017.

The Assembly member of Denkyira -Obuasi, William Baah and 21 others have been arraigned for their alleged involvement of the killing of the military officer.

They have all been charged with murder and conspiracy to commit murder.