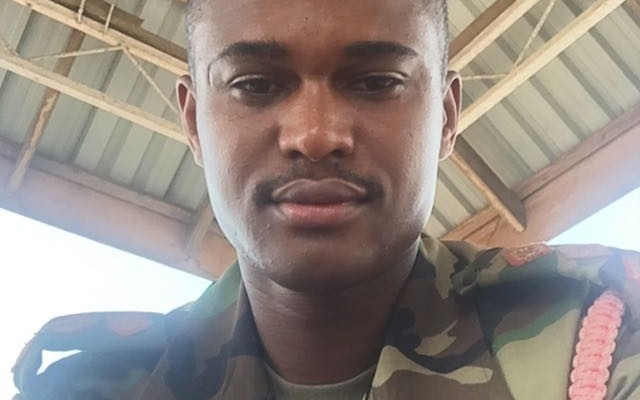 The Assemblyman for Denkyira Obuasi at the time Major Maxwell Adam Mahama was killed in the town in 2017 has testified that the military officer pointed a gun at him when he tried to approach him.

William Baah, who opened his defence at the Accra High Court today, (July 18, 2022 ) said he had a brief encounter with Major Mahama on the Denkyira Obuasi-Diaso road, with the soldier heading towards Denkyira Obuasi, while he, together with a motorbike rider and another person, was going the opposite direction.

He added that he approached Major Mahama because a woman had reported to him that a man, armed with a pistol, was heading towards Denkyira Obuasi, and he thought the man was Major Mahama.

Major Mahama, he said, pointed a gun at him from about 50 metres away when he tried to get closer, which made him to turn around and continue with his journey towards Diaso.

According to him, the next time he saw Major Mahama he (Major Mahama) had been killed, with some members of the community describing Major Mahama as an armed robber.

Baah is standing trial with 13 others on the allegation of killing the military officer on May 29 2017.

State prosecutors have accused him of inciting and mobilising the youth of Denkyira Obuasi to kill Major Mahama who was on a morning walk from Diaso to the community.

Led by his lawyer, George Bernard Shaw, Baah, who described himself as a teacher, assemblyman and farmer said on May 29, 2017, he had reported to school when a woman called Maame Bono called him that a man with a gun was heading towards Denkyira Obuasi from Diaso.

He said he quickly called the police commander of Diaso to inform him but the call did not go through.

The accused person added that he, therefore, decided to go to Diaso to confirm what Maame Bono had told him and also report the matter to the Diaso Police.

According to him, on his way to Diaso, he met a man and although he did not see the man with a gun, he decided to approach him because there was no other person on that stretch of the road, and he believed that was the man Maame Bono was talking about.

The man, he said, pointed a gun at him which scared him so he decided to continue his journey to the Diaso Police Station.

Baah further said after reporting the matter to the Diaso police station, he went back to Denkyira Obuasi only to find that the same man he had encountered had been killed, with his body lying there.

“I heard someone saying that he is dead. Thieves and robbers have terrorised us for long. The townsfolk thought he was an armed robber,” he said.

When asked by his lawyer the crime situation in the community, he said Denkyira Obuasi had experienced a number of robbery and stealing cases.

Baah will continue with his testimony on October 17 this year when the court, presided over by Justice Mariama Owusu, a Justice of the Supreme Court sitting as a High Court judge, resumes sitting after the legal vacation.