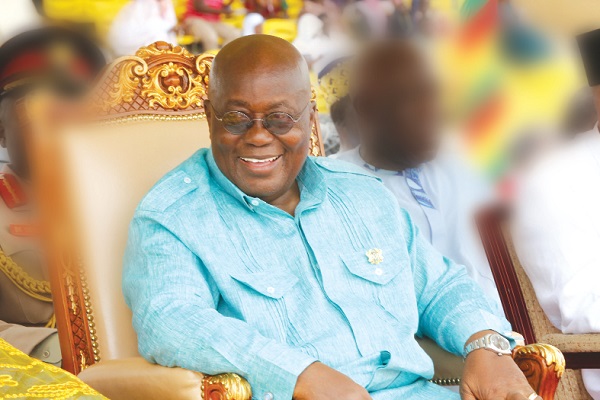 The Chairman of the High Council of State of Libya and the Secretary General of the Organisation Internationale de la Francophonie (OIF) have congratulated President Nana Addo Dankwa Akufo-Addo on the election of Ghana to the Non-Permanent membership of the United Nations Security Council.

Both Mr Khaled Ammar Al-Mashri of Libya and Ms Louis Mushikiwabo of OIF counted on Ghana’s ability to use the position to advance the cause of Africa and developing countries as well as seek to advance global peace and human rights.

These were contained in separate official letters signed by the two leaders and communicated to the Presidency through the Minister of Foreign Affairs and Regional Integration, Ms Shirley Ayorkor Botchwey.

On June 11, this year, the General Assembly of the UN elected Ghana to serve a two-year term on the United Nations Security Council for the period January next year to December 2023.

Ghana secured 185 votes out of 190 ballots cast. The country obtained the highest number of votes compared to the four other member states that were elected.

Ghana was admitted to full membership of OIF in October 2018 at the 17th La Francophonie Summit in Erevan, Armenia.

In the official communication addressed to President Akufo-Addo, Mr Al-Mashri described Ghana as a friendly country and expressed the hope that through this, “some gains will be achieved for our African continent and the third world countries”.

He expressed confidence that some balance would be achieved in addressing issues of international peace and security, and the support of small peoples, adding that “please accept, Your Excellency, the highest respect and appreciation”.

In the La Francophonie letter, Ms Mushikiwabo noted that Ghana’s presence on the Security Council, close to other member states of La Francophonie, offered an opportunity to enhance the actions of the organisation and the values it held in the areas of multilingualism, diversity, international peace and security.

Those, she added, included the maintenance of peace, human rights as well as the equality of women and men.

“I know I can count on the full support of your Permanent Mission to the United Nations to strengthen consultations among member states of La Francophonie, notably in the framework of the francophone platform that I jointly launched in September 2019 with Cote d'Ivoire,” Ms Mushikiwabo stated.

She explained that the platform aimed at developing convergence of views among members on questions of common interest and share experiences between francophone member states, both old and new, on the Security Council.

“While looking forward to our future collaboration on the agenda of the Security Council, please accept, Mr President, the assurances of my highest consideration,” Ms Mushikiwabo added.

In Ghana’s responses signed by President Akufo-Addo, he acknowledged receipt of the congratulatory messages and thanked them for the recognition.

The President affirmed Ghana’s commitment to the critical agenda of conflict prevention, the maintenance of peace and security as well as the inclusion of women in peace and security processes in advancing the work of the Security Council.

That, he noted, was necessary especially at a time when the UN was mobilising member states towards combating the COVID-19 pandemic.

President Akufo-Addo said as the current chairperson of ECOWAS, Ghana stood ready to encourage ongoing partnerships with the UN and other regional arrangements such as ECOWAS and the AU in tackling security challenges.