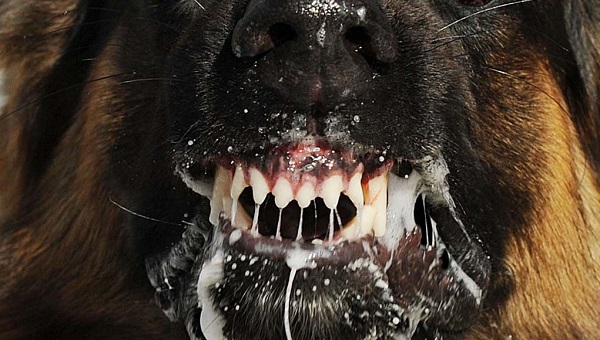 The general public’s lackadaisical attitude towards vaccination of dogs and other pets may affect the national target to eliminate rabies by 2030.

This is because many unvaccinated pets, particularly dogs and cats, are left to roam on the principal streets of communities and that put all community members at risk.

The Bono Regional Director of the Veterinary Services, Dr Donald Joachim Darko, who expressed the concern, said it had been proven that when about 70 per cent of pets across the country were vaccinated for three consecutive years, it was possible that the country would meet the target.

"The country may not be able to attain the target because of our lackadaisical attitude towards vaccination of our dogs and other pets. It is possible to achieve the elimination target if we make a conscious effort,” Dr Darko said in an interview with the Daily Graphic, and thus encouraged people with pets to help achieve the target by vaccinating their dogs and cats.

Rabies is a deadly viral disease of warm-blooded animals which is transmitted to humans through the bite or a scratch of an infected animal, resulting in fatal encephalitis (inflammation of the brain), nervous system disorder and death.

Because of the deadly nature of the virus, the World Health Organisation (WHO) has instituted September 28 every year as World Rabies Day to raise awareness of and make advocacy for the elimination of rabies globally.

Rabies virus is usually spread from the saliva of infected animals such as dogs, cats, bats, coyotes, foxes, skunks and raccoons.

The Bono Regional Director of the Veterinary Services disclosed that four people died of rabies in the region in 2022, with the said cases reported from the Sunyani Municipality, the Jaman North District and Jaman South Municipality during the year in review.

He described as unfortunate, the situation where people die due to rabies and decried the general attitude of the general public towards their pets.

Dr Darko said more people from Africa and Asia were dying from rabies than Europe, because the two continents continued to ignore vaccination of pets.

“Rabies is a killer disease such that only one case of rabies is considered as an outbreak. This tells you how dangerous the disease is,” he stressed.

Sharing some statistics with the Daily Graphic, the Bono Regional Director of the Veterinary Services said in 2021, 8,171 pets were vaccinated in the Bono Region as compared to 3,606 vaccinations in 2022.

He explained that the numbers in 2021 increased because the National World Rabies Day was celebrated at Odumase in the Sunyani West Municipality, which attracted pet owners to patronise the free vaccination exercise.

He said after the free vaccination exercise championed by some non-governmental organisations (NGOs), the numbers began to decline in subsequent years.

Dr Darko urged Municipal and District Assemblies (MDAs) to hold annual anti-rabies campaigns, in collaboration with the veterinary unit of the Ministry of Food and Agriculture (MoFA), to intensify education on rabies and vaccination of pets.

He said it was proper for the assemblies to subsidise vaccines and provide resources and logistics for the vaccination of pets in their areas to boost patronage.

“If we fail to do that, then we are heading towards doom of rabies in the region because a rabies-infected dog does not know whether you are a municipal chief executive (MCE), district chief executive (DCE) or a Coordinating Director. It will attack and bite you if it has to,” Dr Darko stressed.

The Bono Regional Director of the Veterinary Services advised the public to immediately go to hospital for medical attention when bitten by a dog or cat, whether the animal was infected with rabies or not.

He further expressed worry that children below 15 years were most victims of dog bites, and stressed that vaccination of dogs could help prevent infection.

To help improve the statistics nationally, Dr Darko called on health workers to partner Veterinary Services workers to encourage the public to vaccinate their pets, particularly dogs and cats.

He also appealed to health workers to cooperate with the service in treating dog bites at their facilities to ensure proper diagnoses and treatment.

He stated that every dog or cat was expected to be vaccinated with Anti Rabies Vaccine once a year, adding that the vaccination of an animal should be started three months after birth.