Korean govt to finance University of Environment at Somanya 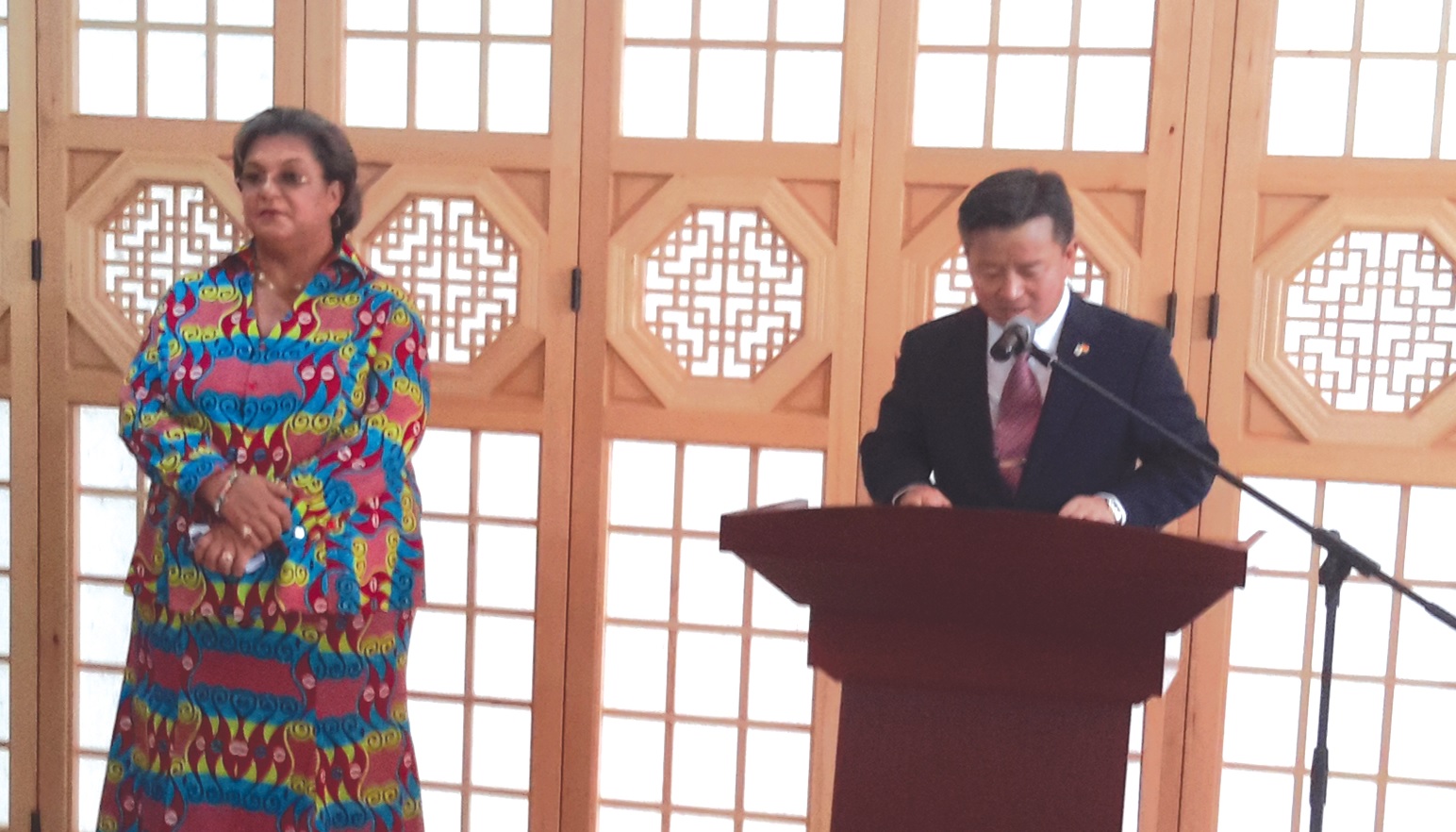 The Republic of Korea will soon approve US$100 million to finance the establishment of the University of Environment and Sustainable Development at Somanya in the Eastern Region.

In addition, Korea is working on the expansion of funding facilities to provide more infrastructure projects in Ghana.

Currently, they have two ongoing projects; one being the Wa Water Supply System Development Project, for which the Korea Ex-imBank provided US$55million to finance and the other is the Prestea-Kumasi Power Enhancement Project valued at US$67 million.

The Korean Ambassador to Ghana, Mr Woon-Ki Lyeo, announced this at a function to inaugurate the new building that would house the chancery and residence for the Korean Embassy in Accra and to celebrate the Korean National Day.

“My embassy and I want to be good mediators for Ghana in emulating South Korea’s fast and compact growth,” he said.

The function was attended by Ghana’s Minister of Foreign Affairs and Regional Integration, Ms Hanna Serwah Tetteh, ministers of state, Members of Parliament, members of the diplomatic corps,  religious and traditional leaders, members of academia and the Korean Community in Ghana.

The Korean government, he announced, was undertaking the improvement of the Akumadan Irrigation System and the vegetable production project in the Offinso North District in the Ashanti Region, which started in 2015 and be completed in 2018, with a budget of US$2.7million.

In addition, he said his government was planning to start a new Saemaul Undong Project, which would contribute to Ghana’s sustainable rural development.

Moreover, he noted, the Korean government was supporting maternal and child health in the Volta Region with US$6million.

Touching on the construction of the new building, Mr Lyeo said work began in November 2014 just after he had arrived in Ghana and now it had been successfully completed and added that the embassy moved into the premises.

“This new building project was a longstanding wish of the Korean Community in Ghana and now is one of the greatest tangible achievements under the cooperation between the Republic of Ghana and the Republic of Korea,” he added.

The ambassador thanked the Ghanaian government for its support during the process of procurement of the land and the construction period.

In her address, the Minister of Foreign Affairs gave the assurance that the government of Ghana was totally committed to ensuring the holding of free and fair presidential and parliamentary elections December 7, 2016, as a prerequisite for peace and stability in the country.

“It is only in such an environment that we can engender the growth and development we so much desire for this country,”  she emphasised.

For this election year, she said, Ghana would be counting on the support of its development partners.

Ms Tetteh noted that this support will help nurture Ghana’ young democracy and build strong and viable democratic institutions that would manage the rule of law and respect for human rights.

The minister said it was gratifying to note that since the establishment of diplomatic ties in 1977, Korea had played – and continued to play – a highly supportive role in the socio-economic development of Ghana.

She mentioned in particular, the commitment of $6.18 million in support of capacity building for farmers and farmer based organisations in Northern Ghana and others in Offinso-North District and the Upper East Region.