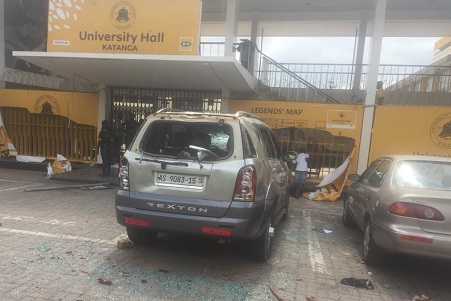 20 vehicles were mainly private vehicles belonging to the staff of the university and were destroyed at the main administration block.

Some motorbikes and bicycles were also set ablaze.

The demonstration organised by the Students' Representative Council (SRC) of the KNUST in protest of police brutality turned violent Monday morning with some cars being overturned and louvre blades being smashed at the administration block of the KNUST.

A bus belonging to the school has also been reportedly burnt by the irate students who also blocked several roads on campus as part of the protest. 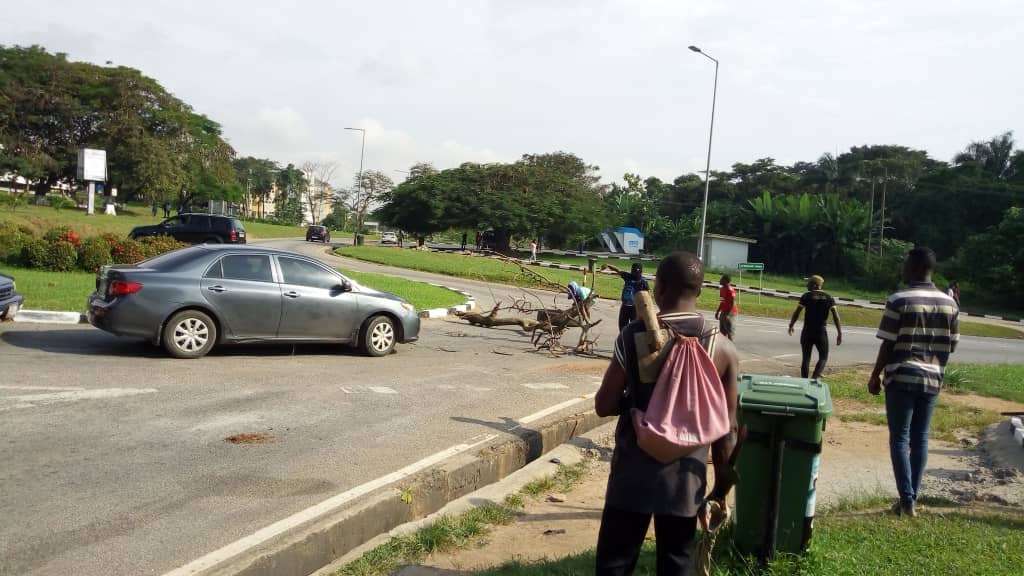 The SRC Executive Council in a statement titled: ACTION NOW, ENOUGH IS ENOUGH, implored students to abandon the lecture halls today (Monday, October 22, 2018) for the demonstration against police brutality of students. 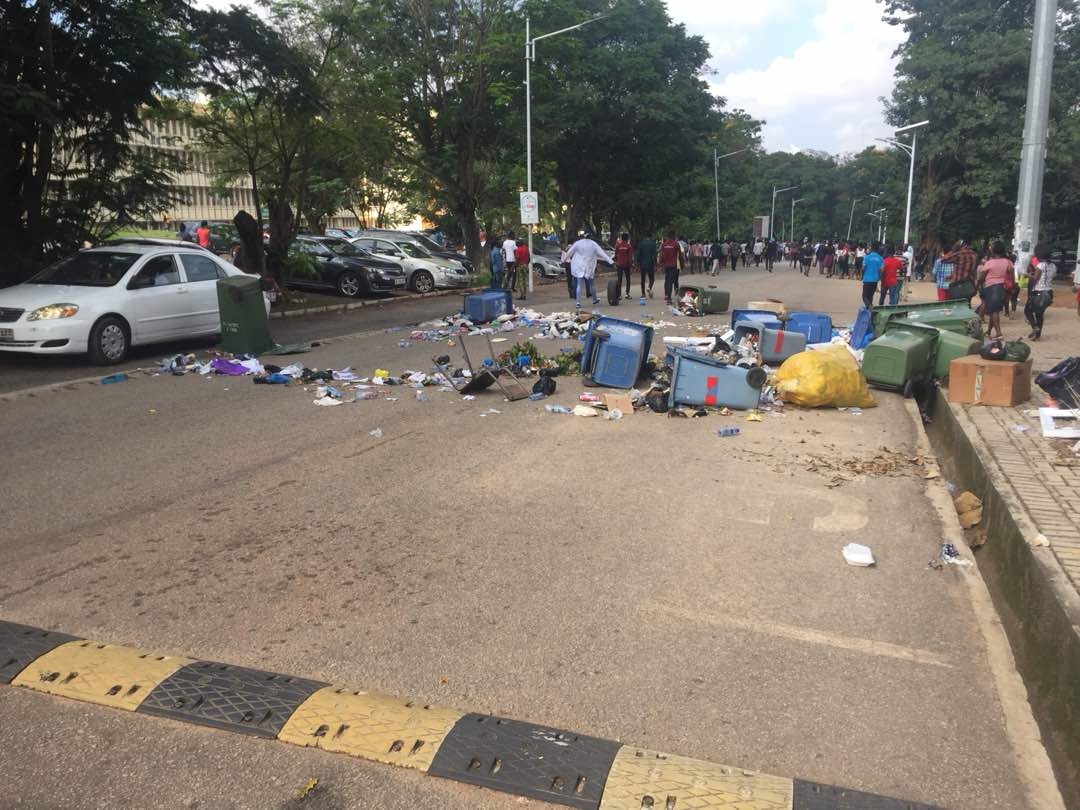 "The KNUST SRC Executive Council in joint forces with SRC Parliamentary Council and all Student leaders to the notice of all KNUST students that we are embarking on a demonstration tomorrow 22nd 2018. NO LECTURES TOMORROW. We have had enough," the statement said.

The statement followed the arrest of the 11 students of the University Hall (Katanga Hall) who were arrested Friday night for “illegal assembly and violent behaviour”.

The students have accused the police of using excessive force to break up their gatherings.