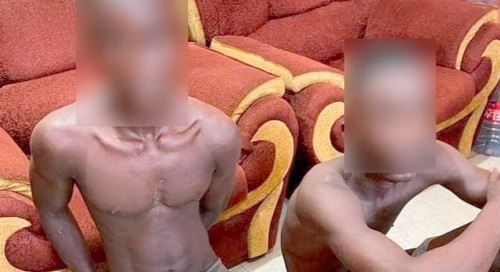 The High Court handling the case in which two teenagers have been accused of the murder of a 10-year-old boy in Kasoa for money rituals has set July 25, 2022, to empanel the seven-member jury for the trial.

The court was expected to empanel the jury yesterday[July 5, 2022] but when the case was called, the presiding judge, Justice Lydia Osei Marfo, said the jurors available were involved in other cases.

To ensure effective trial, she informed the parties in the case that she had requested a new crop of qualified men and women who were not involved in other cases to be summoned in order for the empanelment to commence.

She, therefore, adjourned the case to July 25, 2022 for the Court’s registrar to present the persons needed for the empanelment of the jury.

The teenagers, a 15-year-old boy (name withheld) and his alleged accomplice, also 18 years old, were on August 16, 2021 committed by the Kaneshie District Court, presided over by Rosemond Agyiri Duodoo to stand trial on the charge.

The two are said to have murdered Abdallah on April 3, last year, for ritual purposes, after they had lured him into an uncompleted building.

They allegedly killed him with a club and a cement block.

The facts of the case, as presented at the District Court are that the two teenagers who lived at Kasoa had been friends since 2008.

The first accused is said to have been watching television channels which aired spiritualists who promoted their prowess in making people instant millionaires.

The accused, according to the prosecution, made his intention known to Nicholas, who advised that there was a certain spiritualist in the Volta Region who could do it for them.

"After contacting the said spiritualist, he agreed to help if only they could provide a human being and GH¢5,000 for the rituals," the prosecution said.

According to the prosecution, on Saturday, April 3, 2021, the accused persons settled on Ishmael of 10 years and 11 months old, the son of the complainant, Frank Mensah Abdallah.

The second accused then went to hide in an uncompleted building near the first accused person's house where they planned to carry out their operation.

"The accused persons armed themselves with a club, a piece of cement block, and a shovel as their weapons, and the first accused, who is close to Ishmael, lured him to the uncompleted building on the pretext that his friend had a video game that he was selling and killed him.”