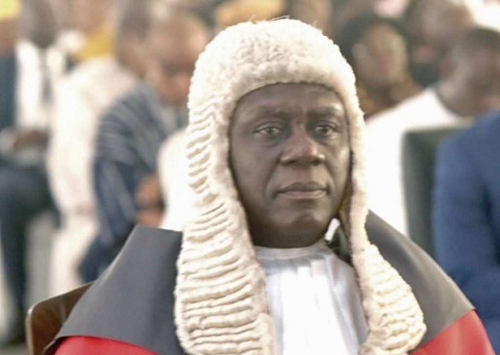 The Justice for All Programme (JFAP), an initiative meant to decongest the country’s prisons, has now gone virtual.

This was in response to the COVID-19 pandemic which made it impossible for the Judicial Service to set up courts in the country’s prisons to execute the JFAP.

With the virtual courts, judges sit in their offices or at the Judicial Service headquarters in Accra, and through a video conferencing software, they link up with the accused persons from the prisons defence lawyers and prosecutors, to dispense justice.

Virtual court sittings have already been held at the Akuse and Koforidua prisons. It is expected to move to the Sunyani Prisons, followed by the Nsawam Medium Security Prisons and the Kumasi Central Prisons before the end of the year.

The JFAP is organised by the Judicial Service and facilitated by the POS Foundation, a civil society organisation.

The harnessing of technology to keep the JFAP running amidst COVID-19 has received international recognition.

It has been selected as one of the 10 projects to be celebrated globally by the Paris Peace Forum (PPF).

More than 800 projects were under consideration by PPF but the JFAP made the cut.

The Chairman of JFAP National Steering Committee, Justice Clemence J. Honyenuga, a Justice of the Supreme Court, said the COVID -19 pandemic initially halted the JFAP since it was practically impossible for the JFAP to physically move to the prisons.

Speaking at the conclusion of the JFAP virtual court sitting for the Koforidua Prisons last Tuesday, October 19, 2021, Justice Honyenuga said the virtual courts were introduced to change the challenges into opportunities in order to keep the JFAP running.

Justice Honyenuga thanked the Chief Justice, Kwasi Anin Yeboah, for supporting the JFAP and also providing the needed direction which made the virtual courts sitting possible.

“We are also grateful to all the criminal justice stakeholders and the members of the National Steering Committee of the JFAP for their support and contribution in this endeavour,” he said.

The JFAP, he said, had brought great relief to many vulnerable remand prisoners who had no legal representation and had been on remand for many years without trial.

He called on the police and other players in the criminal justice system not to use COVID-19 as an excuse to leave remand prisoners to languish in jail.

“I encourage CIDs and investigators to be proactive in their work. Justice for one in a remote village is justice for all,” he said.

The Executive Director of the POS Foundation, Mr Jonathan Owusu, told the Daily Graphic that the international recognition was a testament to the impact of the JFAP even in the midst of COVID-19.

“In the midst of COVID-19, the JFAP adapted by harnessing technology to still deliver justice to the doorsteps of remand prisoners,” he said.

Two virtual courts were set up for the Koforidua Prisons last Friday, October 15, 2021, with the courts presided over by Justice Honyenuga, and Justice Angelina Mensah-Homiah, a Justice of the Court of Appeal.

The cases of 55 remand prisoners were heard by the two courts.

Two of the prisoners were discharged unconditionally by the courts, 20 were granted bail, 24 had their bail applications refused, eight cases were struck out and one case was adjourned.