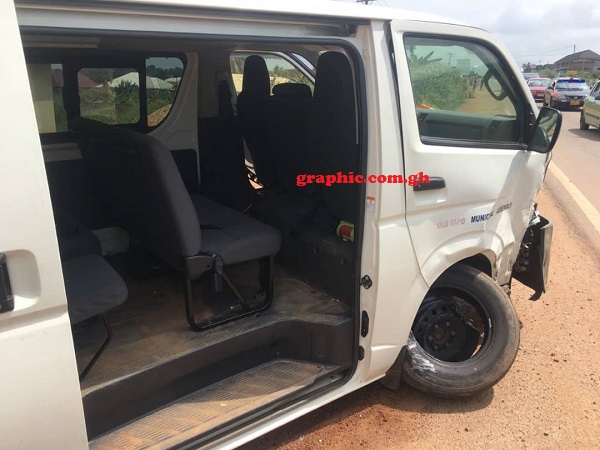 One journalist is reported to be in critical condition at the Komfo Anokye Teaching Hospital (KATH), while seven others including the Daily Graphic's Emmanuel Baah sustained minor injuries when their media vehicle was involved in an accident on Friday on the Obuasi-Anwiankwanta road.

The journalists were part of a convoy of the Ashanti Regional Minister, Simon Osei Mensah, during the second day of his inspection of projects in the region when a private vehicle rammed into their bus.

On Thursday, the team toured KATH's Mother and Baby Unit and the Kumasi Airport to assess the progress of work.

The team was in Obuasi on Friday to inspect some road construction works and was returning to Kumasi to assess work on Kumasi roads when the accident occurred.

Mr Baah, the Graphic's ace cameraman in the Ashanti region, just like the rest have been given a medical form by the police and is currently at KATH for treatment.