It is time to end bullying in SHS - Education Minister 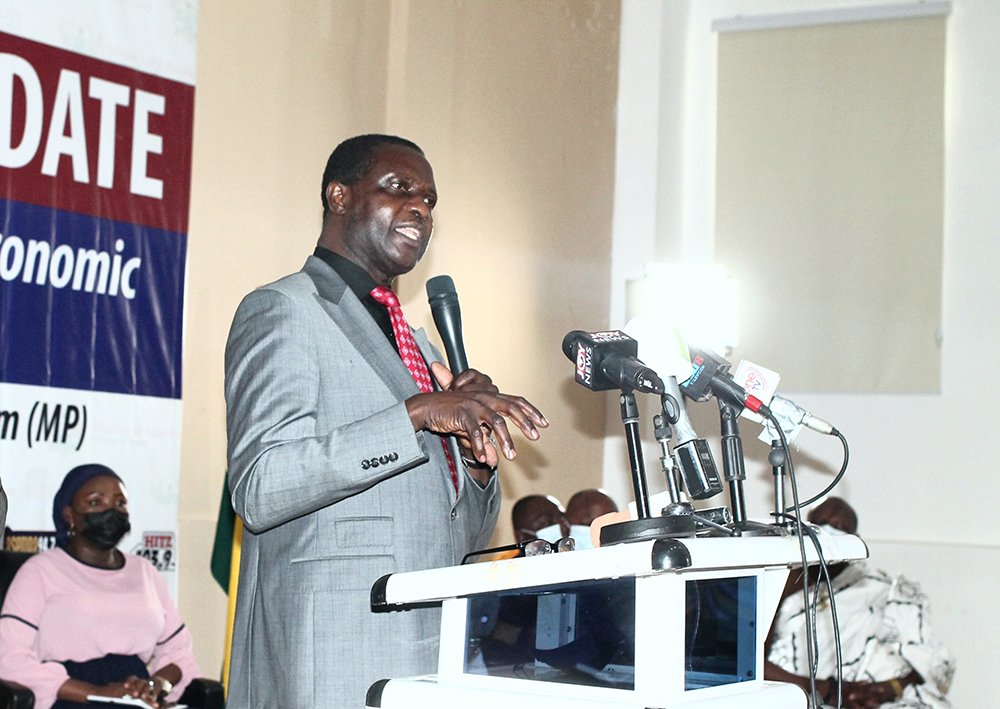 The Minister of Education, Dr Yaw Osei Adutwum, has stressed that bullying in schools belongs to the past and has no place in modern day.

He strongly condemned the manner in which second and third-year students in some senior high schools bullied the freshers, known in local parlance as “Homo”.

Dr Adutwum said such acts of indiscipline should not be tolerated in the 21st Century, rather, the right environment, devoid of intimidation, should be created for students to perform well academically.

The Education Minister indicated that such acts had led to some students being maimed, citing the recent case at the Konongo Odumase Senior High School where an alleged bullying had led to the death of a student.

Dr Adutwum expressed regret that bullying scenarios had been part of the school culture but the “time has come for us to end this because homo is a thing of the past".

Speaking at a Public Lecture in Accra Monday on Science, Technology, Engineering and Mathematics (STEM) Education for socio-economic transformation, Dr Adutwum stressed that “we have to understand that we are each other's keeper and we should not be oppressors of our brothers and sisters”.

The minister, therefore, urged students in schools to desist from those acts by creating “a welcoming atmosphere for each other in school and not to become oppressors; the time has come for us to end this ".

“That homo in schools is a relic of the past and it should not have space in this century; fresh
students who go to school should be treated like brothers and sisters and if you are in Form Two or Three you should be his or her keeper," the minister charged students.

Dr Adutwum recounted how he had the sad occasion of talking to the parents of the deceased before the lecture, saying “it is a very sad moment indeed and a strong discipline regime should prevail in our schools".

The minister expressed condolences to the bereaved family and said that the sector ministry would liaise with the law enforcement agencies to allow justice to prevail.

Touching on infrastructural development to enhance STEM for the socio-economic transformation of the country, Dr Adutwum stated that the sector ministry was building 11 model STEM, Senior High Schools (SHSs) across the country.

Each of the schools would be equipped with 12 laboratories that would be one of the best in the world.

Additionally, a STEM pathway would be established in a number of existing SHSs, fitted with additional four laboratories.

The Minister of Education announced further plans by the government to transform the country's
socio-economic sector through the STEM education.

The minister explained that the foundation upon which the STEM would be built included completing critical infrastructure and facilities such as E-Blocks, started by the previous administration, classroom blocks and a new initiative by the current government known as the V-blocks.

Dr Adutwum pointed out that “a robust introduction of STEM in this country will enable Ghana to achieve our objective of accelerating our socio-economic transformation, becoming a better contributor to the Fourth Industrial Revolution, facilitating the achievement of 60:40 Science to
Humanities ratio, facilitating skilling of high schools among others”.

“And the Fourth Industrial Revolution can be described as integrating the physical, digital, and biological worlds. It’s a fusion of advances in artificial intelligence (AI), robotics, the Internet of Things (IoT), 3D printing, genetic engineering, quantum computing, and other technologies. It integrates cutting-edge production techniques and smart systems with organisations and people through technologies to drive and accelerate human progress,” the minister said.

Additionally, Dr Adutwum noted, through the introduction of STEM, the country would increase her gross tertiary enrolment ratio (GTER) from the current 18.84 per cent to 40 per cent by 2030.

That, the minister was optimistic, would enable the country to create the critical mass of educated Ghanaians with appropriate skills for socio-economic transformation.