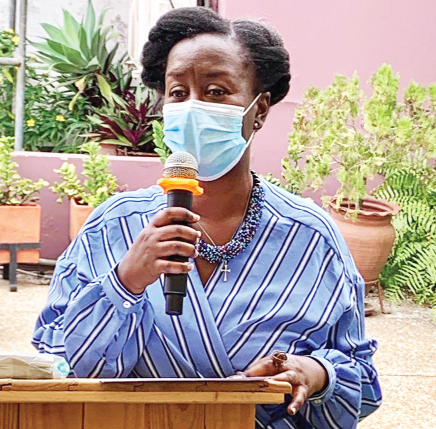 The Principal of the Cape Coast School for the Deaf and Blind, Mr Abraham Annang Yemoson, has said that inadequate infrastructure and modern technology in the school were impairing teaching and learning.

He observed that the school’s two eight-unit classroom blocks were woefully inadequate for the institution with a student population of about 500 which should ideally have a maximum of 10 to 15 students per class.

Mr Yemoson also bemoaned the breakdown of the special school’s information and communication technology (ICT) centre and the nonexistence of good road network to help the blind students in particular to navigate the school easily and freely.

“Infrastructure is the problem; the classrooms are crowded. If you are teaching deaf children and you are doing serious business academically, you need to have a maximum of 10 to 15 students. But in most of our schools, the numbers are about 30.  Even if the classroom is a big hall, you don’t need to put more people there because of the sighing; so that you will not be deficient.

“As a teacher, you must see all the children to know whether they are following or not”, he explained.

Mr Yemoson said this in an interview with the Daily Graphic in Accra last Thursday, on the sidelines of the launch of the Most Def Foundation, a not-for-profit organisation aimed at training, mentoring and ensuring the inclusion of young deaf people in the workplace and society at large.

The Foundation, founded by Ms Franka Maria Andoh, a writer, film producer and entrepreneur, seeks to educate and offer skills training to young deaf people between the ages of 14 and 25 years in areas such as culinary arts, agriculture, ICT, fashion and painting through short courses and summer schools.

To achieve its objective, Most Def would partner schools for the deaf in the country as well as other institutions and individuals to identify and train the prospective beneficiaries.

The foundation is starting off with 10 deaf students from the Cape Coast School for the Deaf and Blind.

Mr Yemoson, therefore, made a passionate appeal to government, corporate Ghana and individuals for at least, a 12- unit classroom in addition to the existing buildings.

“When it comes to the deaf, we need space – if we get a 12-unit classroom block, it will solve most of our problems. And the road infrastructure there is very poor. Because of movement for the blind, we need a proper road network”, he said.

“And also, we need technology like an ICT centre. Ours is broken down. They are, particularly, on hands-on education. So you can’t teach ICT without the laptops, the computers and projectors. Even currently, we want to go a little further to get flat screens that we can use as “blackboards” so that it can make interactions more interesting and make them to understand the lessons more”, he added.

He pointed out that even though government had been supportive over the years, they needed more support from all angles.
Mr Yemoson, however, expressed the hope that the Most Def Foundation would play a vital role in the education of young deaf people.

Ms Andoh, the founder, noted that the foundation sought to create “a deaf culture” by giving them emotional support and building their confidence to make them independent.

“We want to create a deaf culture where they are very conscious of the fact that their disability doesn't stop them from living full lives. We want to push for inclusion for business owners to give them a chance to come in as interns to work with them and see if they are capable,” she said.

She further called on society and policymakers to be more conscious about the feelings and potential of deaf people to allow them to be part of society fully and enable them to contribute to the national development.

For her part, the President of the Foundation, Ms Rosalin A. Kyere, said they wanted to use the Most Def Foundation as the gateway to amplify the voice of the deaf and “shine the light” on them.

"What if tomorrow, we see a set of boys and girls who are deaf in our universities, in our colleges and in different apprenticeships in Ghana and also outside Ghana. What will become of them? They are important.”

“And if we are championing the Sustainable Development Goals 10 on reducing inequalities, then we need to take a look at the people that we normally do not think about when we're talking about inequalities”, Ms Kyere stated.