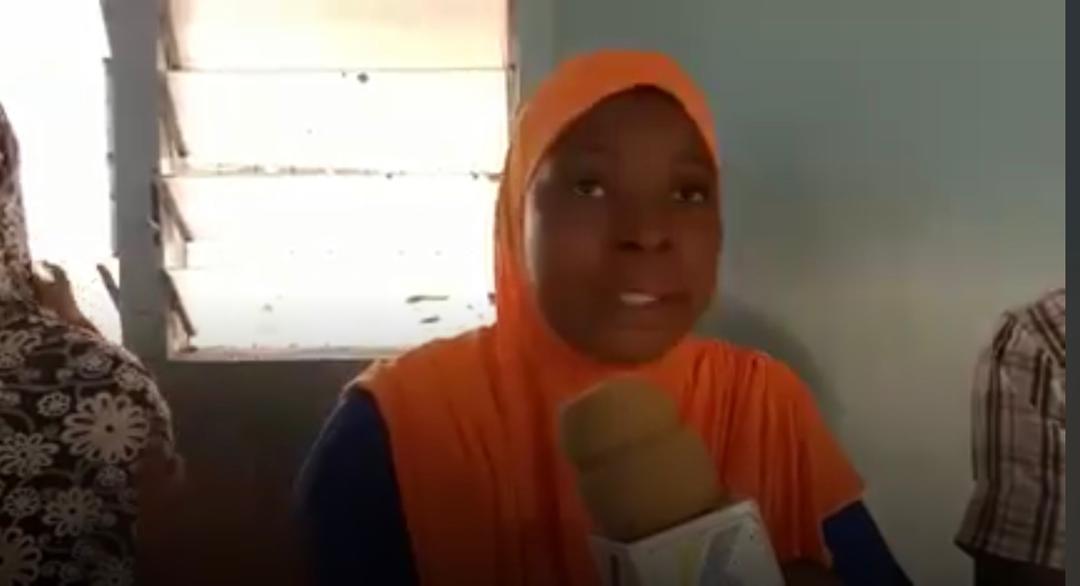 A woman who claims to have witnessed the Ejura attack on social media activist Macho Kaaka on June 27, has opened up in a media interview.

She claims she saw Mohammed Baba Iddi, a brother of Kaaka attacking, the late Kaaka on the night of the incident.

Speaking to the media in Ejura, she said she saw Baba Iddi pulling Kaaka's body after the attack.

She has since given a statement to the police.

According to her, on that day, she heard noise outside whilst preparing for dawn Islamic prayer (Salat al Fajr).

Prior to that, she had heard the engine sound of Kaaka's motorcycle outside.

When she heard the noise [the sound of someone hitting another with something], she initially thought Kaaka was trying to clear goats from the compound but she claimed she later heard someone breathing profusely.

So she moved outside to check what was happening and saw Baba Iddi, Kaaka's brother trying to pull him [Kaaka] into a dark area, she claimed.

According to her, she rushed to knock on Kaaka's wife's door for her to come witness the incident and Baba Iddi left Kaaka and went outside.

She claimed Baba Iddi bumped into her [the witness'] sister who was outside whilst going out of the house.

She said her husband had travelled outside of Ejura at the time of the incident and therefore she opted to wait till the husband arrived before going public with what she witnessed.

She said she rather told the husband what she witnessed and they decided to inform the police about what she had witnessed later on.

She said it was based on her witness statement that the police arrested Baba Iddi.

The police in Ejura picked the third suspect in connection with the death of Kaaka on Wednesday.

The suspect, named as Baba Iddi Mohammed, is a brother to the deceased.

On Monday evening, the police with the assistance of the military arrested the first two suspects in Macho Kaaka’s death.

Who was Macho Kaaka?

Macho Kaaka was a social activist who was interested in the wellbeing of the Ejura community in the Ashanti Region where he lived.

He was always recording videos on wrongdoings and other issues in Ejura and posted them on social media with the hope that the menace will stop.

Through that, he became very popular in Ejura.

Watch the video attached below

The committee set up by the Minister of Interior to look into the incident and the subsequent security personnel action which resulted in the death of two people will start public hearings on Tuesday, July 6, 2021.