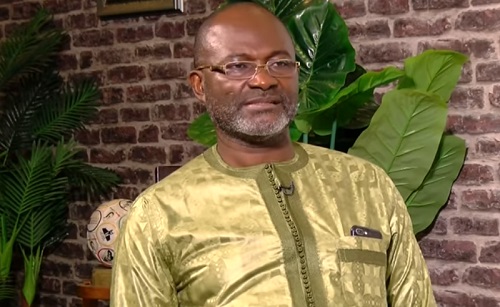 The Member of Parliament of Assin Central, Mr Kennedy Agyapong has disclosed that he owns 147 houses in Ghana.

The legislator says the said real estate properties are in Accra, Tema and Kumasi.

Mr Agyapong in a television interview with Joy News explained that he rents out the properties to earn income.

Mr Agyapong said. "Real estate, you don't make that much money but it makes you comfortable...".

On which sectors do not provide the best returns for investments, Mr Agyapong advised university graduates not to go into farming.

He revealed how his over 500-acre farming project failed because of theft, lazy farmhands, litigation and a lack of government subsidies for farmers.

He added that although media was more profitable than farming, the returns were also low.

“When you wake up in the morning and you pray that God let me be poor, then you go into farming... I have been there, so when I see anybody going into farming, I just laugh," he said.

“I challenge the government; what are the inputs for you to go into farming? They are just talking. I’ve been there and I’m telling you, if I go to university, I will not go into farming. Hell no!” Ken Agyapong said.

He continued: “If you make money in Accra and you tell me you are going to farm, you are a fool. I failed at farming not because of my management but because of litigation".

Reasons for venturing into media

On why he ventured into media ownership, he said it was motivated by a confrontation with Mr Ofosu Ampofo on Peace FM which resulted in him being asked to apologise for saying: "What does it take to establish a radio station?".

He said he declined and vowed to establish a radio station as he walked out.