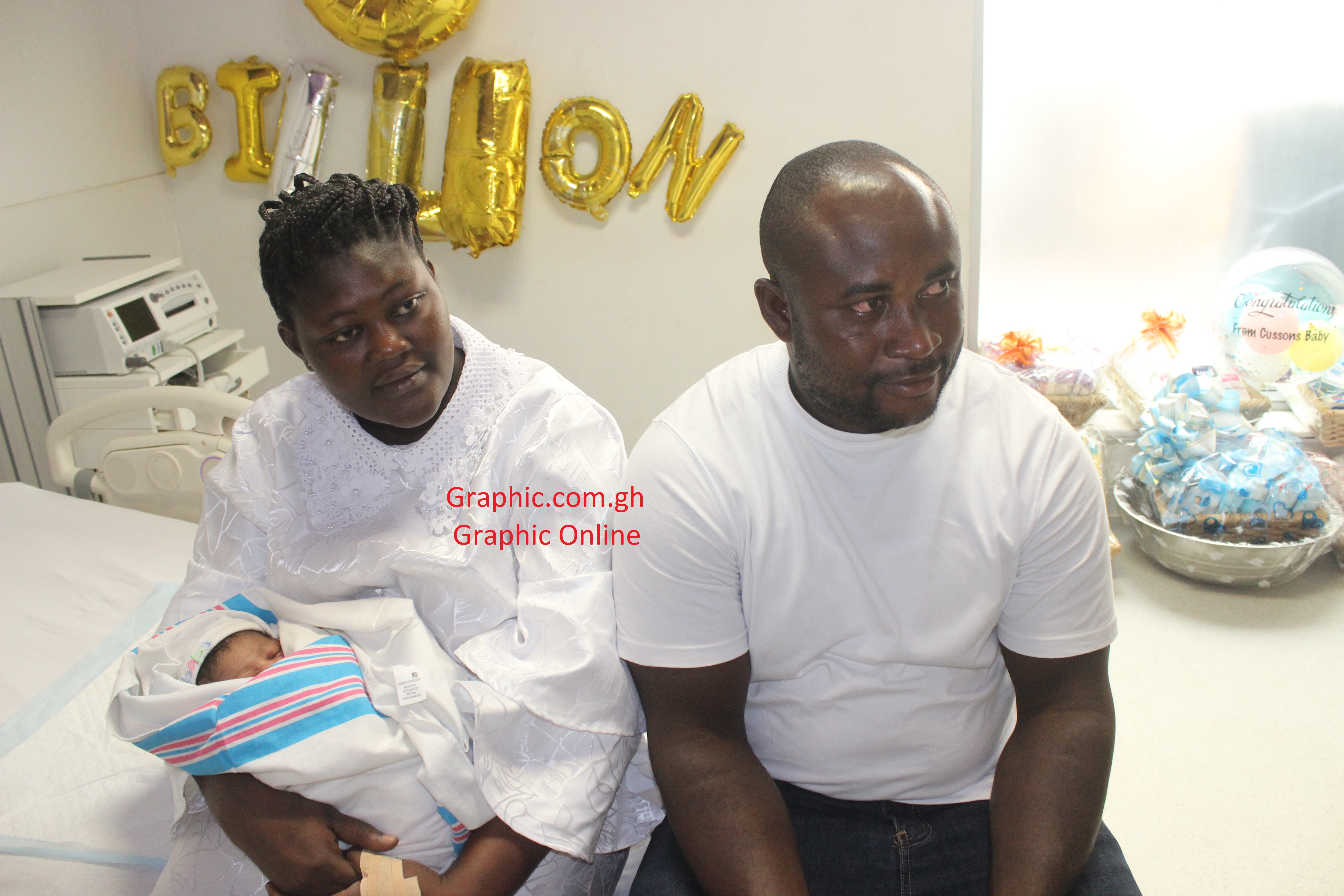 The world’s eight billionth human has been born in Accra, Ghana.

It was her fourth shot at childbirth, after three failed pregnancies.

Philomena’s baby girl, interestingly, came with the fortune of being celebrated as the baby who symbolically marks the eight billionth member of the world’s population.

The global population was projected to reach eight billion on November 15, 2022, according to the World Population Prospects 2022 released by the United Nations Department of Economic and Social Affairs.

The symbolic ceremony, commemorated across the world, was organised in Ghana by the Ghana Statistical Service (GSS), the Ghana Health Service (GHS), the National Population Council (NPC), the Regional Institute for Population Studies (RIPS), University of Ghana, and the National Development Planning Commission (NDPC), with support from the United Nations Population Fund (UNFPA).


The commemoration was on the theme: “8 Billion global population: A world of infinite possibilities”.

The team was received by the Medical Director of the Greater Accra Regional Hospital (Ridge Hospital), Dr Emmanuel Srofenyoh.

Philomena, together with her husband, Eric Obeng Ateino, a mechanic, received gifts, most of which were baby products, from the organisers, PZ Cussons, the Chief Director of the Parliamentary Service of Ghana, Dr Evans Aggrey-Darko, and the Queenmother of Kwashieman, Manye Naa Ju Yoo Tsofayelor.

The new parents thanked the hospital and the team for the gifts and asked for God’s blessings upon them. 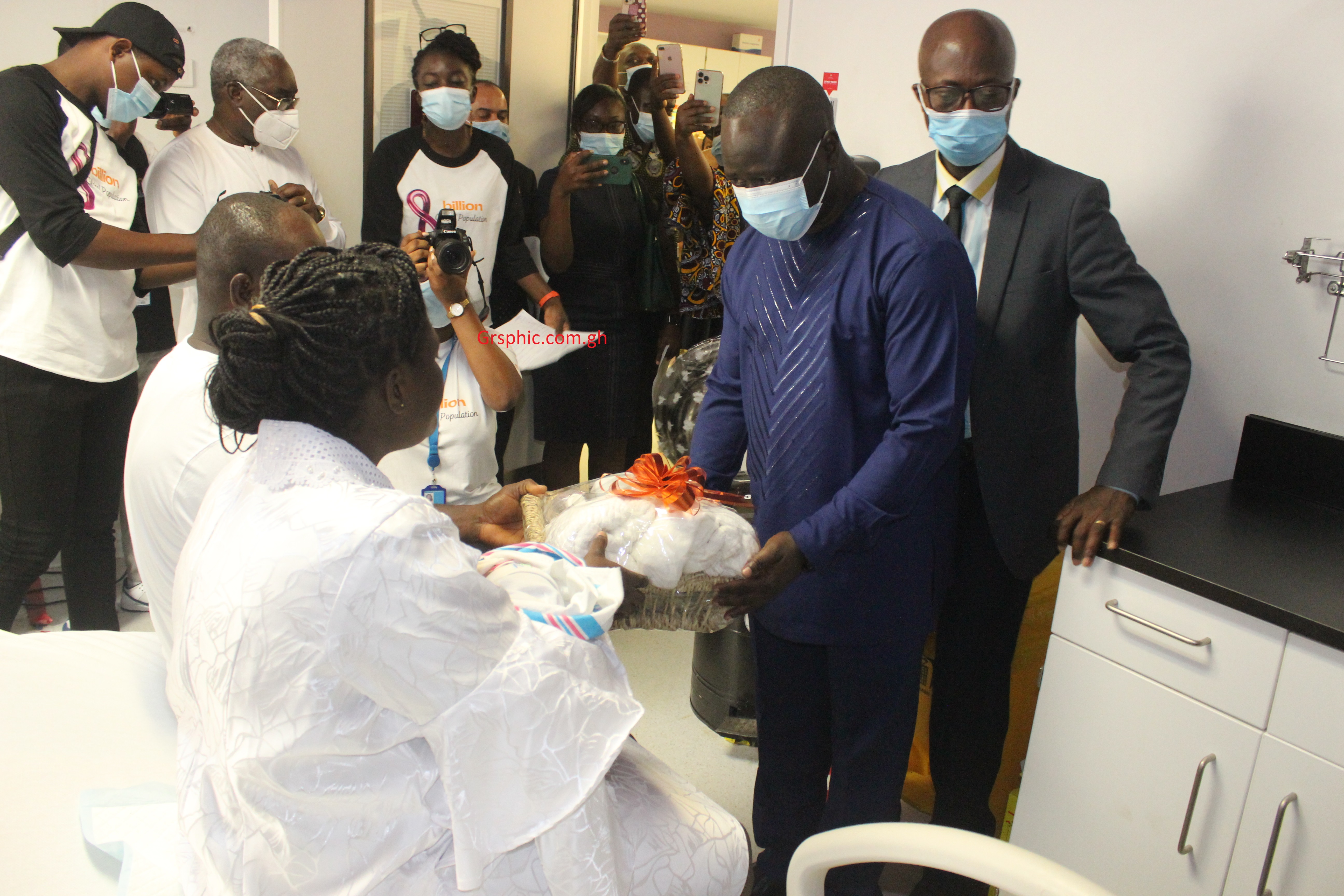 At a brief ceremony at the Maternity Unit of the Ridge Hospital, the Government Statistician, Professor Samuel Kobina Annim, said it was time for the country to take advantage of the symbolic commemoration to discuss how to make Ghana a statistics driven nation.

He said the ceremony was not only to celebrate the baby but also draw the attention of all policy makers, stakeholders and individuals to ponder deeply over the country’s population characteristics.

“Yes, we have celebrated the life of the baby in Ghana that symbolically marks the global population hitting eight billion, but our focus is on how to revise our 2021 Population and Housing Census,” he said.

He indicated that the increasing population must be translated into a good human resource with the capacity to transform the country from a lower middle-income status to a high income one.

Prof. Annim also called for a strategic investment in education, health, job creation, the environment and sanitation and the economic well-being of every Ghanaian. 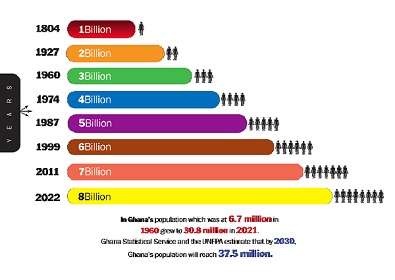 The UNFPA estimates that the global population hit one billion in 1804, and that after 123 years, the world added another billion to it in 1927.

Interestingly, the world's population hit the third billion in 1960 — in just 33 years.

Since then, the global population has continued to increase, reaching five billion on July 11, 1987.

Estimates from the Ghana Statistical Service and the UNFPA Population Institute suggest that by 2030, Ghana’s population will reach 37.5 million. 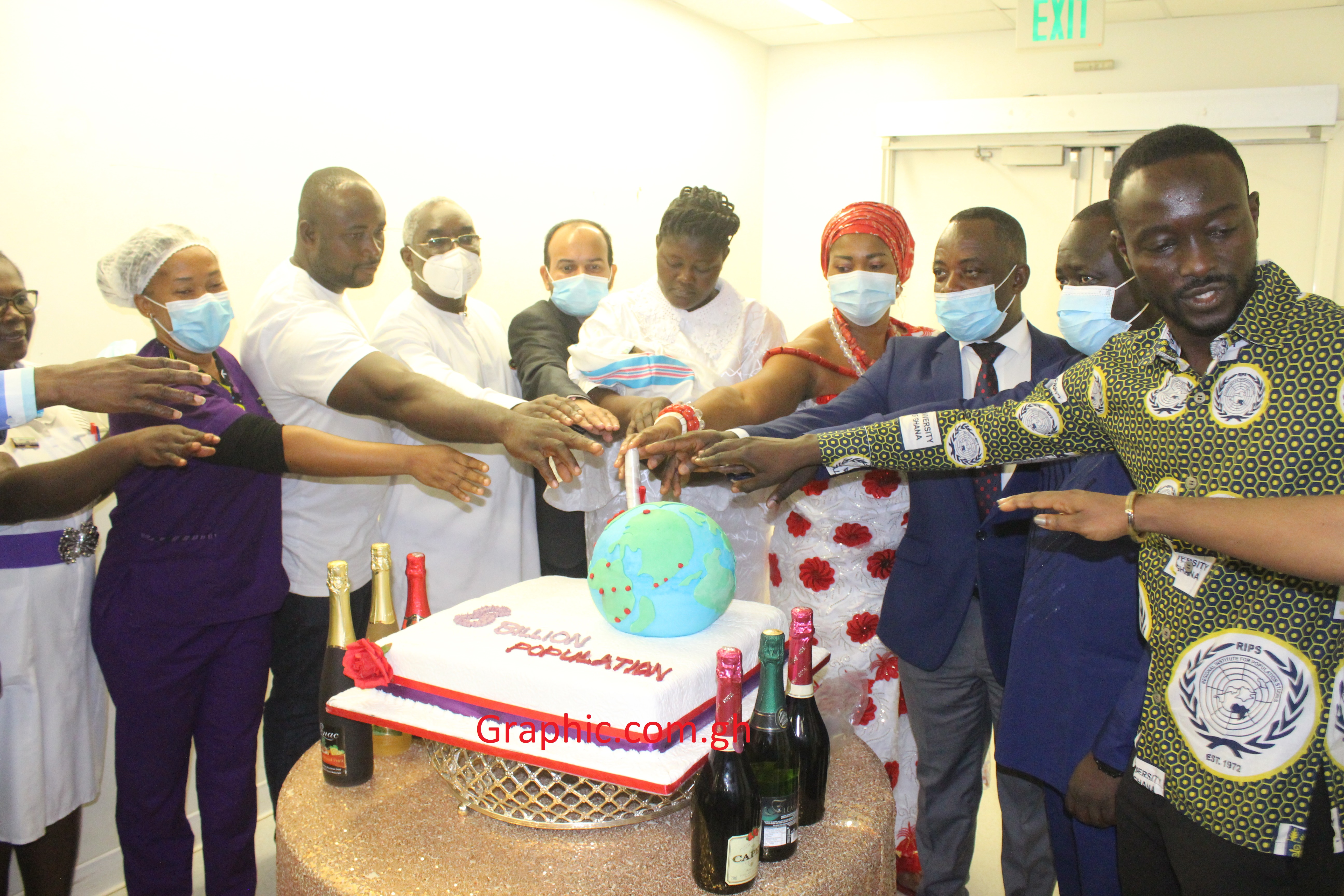 The United Nations Representative, Ripefh Mistry, thanked the management and staff of the Ridge Hospital, particularly workers at the Maternity Unit, for the successful delivery of the symbolic eight billionth child in Ghana.

He said the UNFPA would continue to work with the government to enable it to realise the full potential of its citizens and ensure a healthy population.

The GSS, as part of the celebration, pre-launched the book: ‘Ghana’s Population Report’.

It is to provide a comprehensive overview of Ghana's demographic evolution based on population censuses and nationally representative surveys conducted since independence. 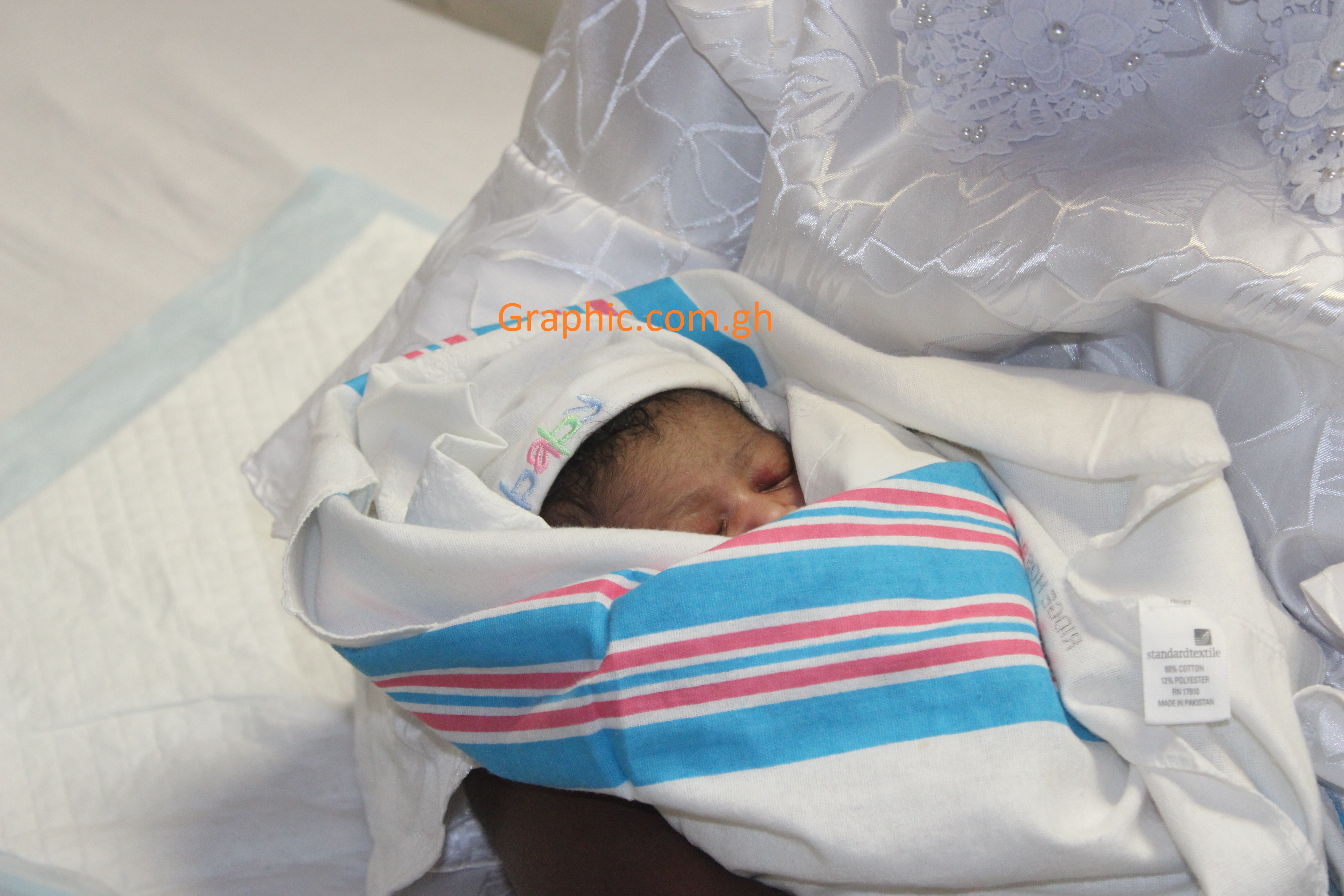