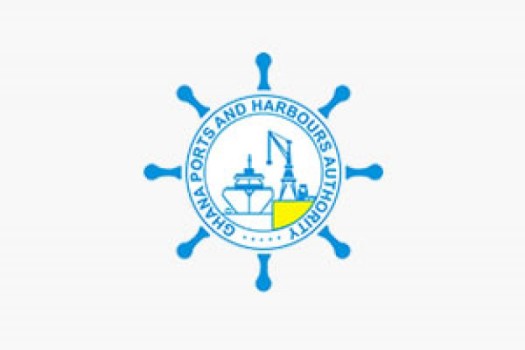 Under normal circumstances, I would not have reacted to the news item headlined “Past GPHA Workers demand severance package”, which appeared in the Daily Graphic on Saturday, November 5, 2016, but since the management of the GPHA has not come out with the authority’s side of the issue, I am doing so as the director general under whose tenure the voluntary retirement exercise took place to let the public know that the Ghana Ports and Harbours (GPHA) does not owe any ex-worker, especially if they are referring to the voluntary retirement exercise that took place between 2001-2009.

In 2001, the GPHA under the Gateway Project executed its obligations under the project by carrying out reforms to make the ports of Ghana more productive and ensure that the cost of doing business in the ports were as low as possible.

The authority carried out i) Institutional reforms and ii) capacity- building projects by way of improved infrastructure that will efficiently serve ships and cargo coming to the ports.

Under institutional reforms, the authority transferred 75 per cent  of cargo handling and 100 per cent  shorehandling to private sector operators through the licensing of nine private operators. As a consequence, having transferred a greater part of the authority’s cargo handling activities to the private sector, it became necessary to reduce labour.

A redundancy exercise “with a human face” was introduced in two phases. Let me at this point let the public know that two categories of workers exist in the port; i) permanent staff and ii) casual labour. While the authority employed its permanent staff and as such has contracts (conditions of service) with them, the casual labour is not under the same employment conditions as the permanent workers. They are employed and paid on a daily basis, depending on the availability of work at the port. For the permanent staff, the authority carried out the exercise in two phases, the voluntary and compulsory stages.

Under phase one, workers were given the opportunity to take their early retirement. I must say that the Voluntary Retirement package offered was so attractive that it was over- subscribed to the extent that the authority did not go to the phase two, which was the compulsory stage.

I must say here that the payment of the “handshake” was done after negotiations with the representatives of the Dock Workers. All payments made under the exercise,for both permanent staff and casual workers, came from the authority’s own resources. The authority did not  get any funds from the World Bank as the ex-workers alleged  in the Daily Graphic publication. All monies came from GPHA’s own resources. To throw more light on the relationship between the authority and the World Bank during the execution of the Gateway Project, I wish to explain that the World Bank funded only the construction of the access road from the western gate of the port to the SSNIT Flats on the beach road, and also paid for the consultancy jobs for the establishment of the Golden Jubilee Terminal.

All the projects that are listed below which were undertaken by GPHA from 2001 – 2008 were all funded from GPHA’s own resources without recourse to World Bank loans or grants:

4. Construction of a stacking area to serve the container Terminal in Tema Port.

8. Construction of a new bridge on the new access road.

9. Construction of a modern Marine Block in the Port of Tema equipped with a modern ship Advance Information System (AIS).

10. Construction of a modern creek to dock marine crafts and Naval Ships.

11. Acquisition of a tract at Kpone for a planned construction of a truck reception area for all trucks coming to load cargo from Tema Port as a means of decongestion of the port by waiting trucks.

12. Acquisition of a new headquarters building in Tema.

13. Construction of a modern fruit terminal at the Tema Port.

14. Construction of a modern Food market for the Tema Port.

15. Facilitation of the construction of modern Cocoa Sheds and administration offices by the Cocoa Marketing Board in Tema.

16. Construction of a transit yard to serve cargo going to the landlocked countries (Burkina Faso, Mali and Niger) in Tema.

17. Acquisition of two modern Tug Boats for the Tema Port.

18. Acquisition of land for the construction of a modern hospital in Tema for the authority.

19. Consultancy fees for the design drawings for the modern hospital.

20. Construction of  accommodation for the director general and director of the port in Tema.

21. Construction of a modern guest house for senior officers.

22. Rehabilitation of the drydock and construction of a slipway in the Takoradi Port.

23. Construction of a new marine block in the Takoradi Port.

24. Rehabilitation of the Lee Breakwater in Takoradi.

25. Construction of a modern guest house for board members and GPHA management in Takoradi.

I believe that with this piece, the public will understand the position of the authority with regard to the claims of the ex-port workers. In fact, this is the first time I am hearing that there was a project called the World Bank Funded Voluntary Retirement Exercise.

On a programme on a local television station this year, the leadership of the ex-workers made a serious and unfounded allegation that myself, as the director general, went to the World Bank and brought along the money for the exercise and diverted the money. It will interest the public to know that under the Gateway Programme, all funds disbursed by the World Bank were disbursed through the Gateway Secretariat.

The ex-workers have gone to court several times to seek redress but have lost in all attempts. They have over the years appealed to the Office of the President, leadership of Parliament and the Chief Justice to no avail. Records are at the GPHA to support my claim that the payments made to the ex-workers were negotiated with their leadership. It must also be understood that not all dock workers who worked in the port since its construction were covered under the exercise. There was an agreed cut-off point for qualification for the “handshake”. The leadership of the workers and GPHA negotiating team established this cut-off point.