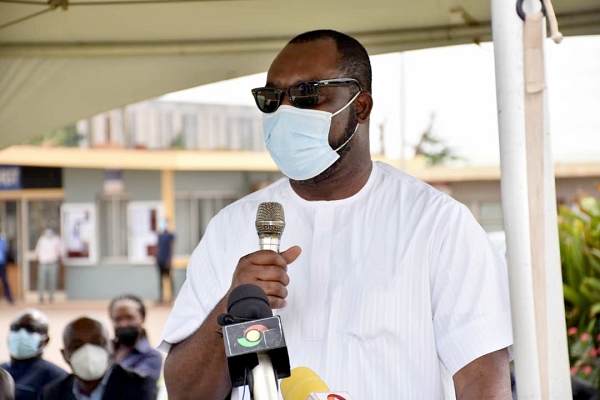 Discussions have reached an advanced stage to secure a strategic partner for the Tema Oil Refinery (TOR).

Dr Opoku Prempeh told the workers of TOR during a familiarisation visit to the refinery last Thursday that the fortunes of the company would be turned around once the discussions were concluded and the company recapitalised.

The minister said the intervention would also aim to increase the capacity of the refinery to about 100,000 barrels of crude oil per stream day.

Currently, the refinery has the capacity to process about 45,000 barrels of crude oil per stream day.

Furthermore, he explained that the partnership would ensure that TOR was well equipped to service the local market and export to neighbouring countries.

"We are working towards that and I assure you that it will happen very soon. It takes time, yes, but that is because we have to get a good investor who will come and grow TOR, not to kill it," Dr Opoku Prempeh said.

He also said he had initiated discussions with the State Interest and Governance Authority to explore possible ways of recapitalising the refinery, along with the search for a strategic partner.

Dr Opoku Prempeh said the ministry would do everything possible to support TOR to regain its glorious past and be able to protect existing jobs, while creating new ones.

He promised to collaborate with the workers of TOR to make the company the premier refinery in Africa.

He stated that he was fully aware of the endemic challenges facing the refinery and added that he had resolved that the national crude oil processor would not be dismembered in the regime of President Nana Addo Dankwa Akufo-Addo, who appointed him.

He said the visit followed a meeting he had held with the unionised staff of TOR, during which various concerns about the refinery's fortunes were raised, necessitating the need to address the workers along with their management.

He said that was needed to address the debt overhang of the refinery and endear it more to investors.

Dr Opoku Prempeh said it was painful that the national refinery was challenged on various fronts, including accumulating legacy debts and operating inefficiently with staff who had low morale.

He said when the initiatives he was pursuing began to take shape, those difficulties would be over and the refinery would be in a better position to deliver real value for the state.

He challenged the staff to put in their best to reverse the fortunes of the company, and warned that the government would not hesitate to take action against management and unionised members whose actions and inaction would affect the smooth revival of the company.

"It is not the duty of the union to tell who manages TOR. It is up to the leaders to ensure that the company is profitable, and if they're not able to do this, the shareholder has the right to take action against them. With the government being the sole shareholder, I can assure you that this will not be difficult," the Energy Minister said.

The Managing Director of TOR, Mr Francis Adu Tutu Boateng, commended the minister for the visit and assured him that management would give of its best to help turn the fortunes of the company around.

He said the visit was a morale booster for the staff and management and expressed the confidence that TOR would support the minister to bring his ideas into fruition.