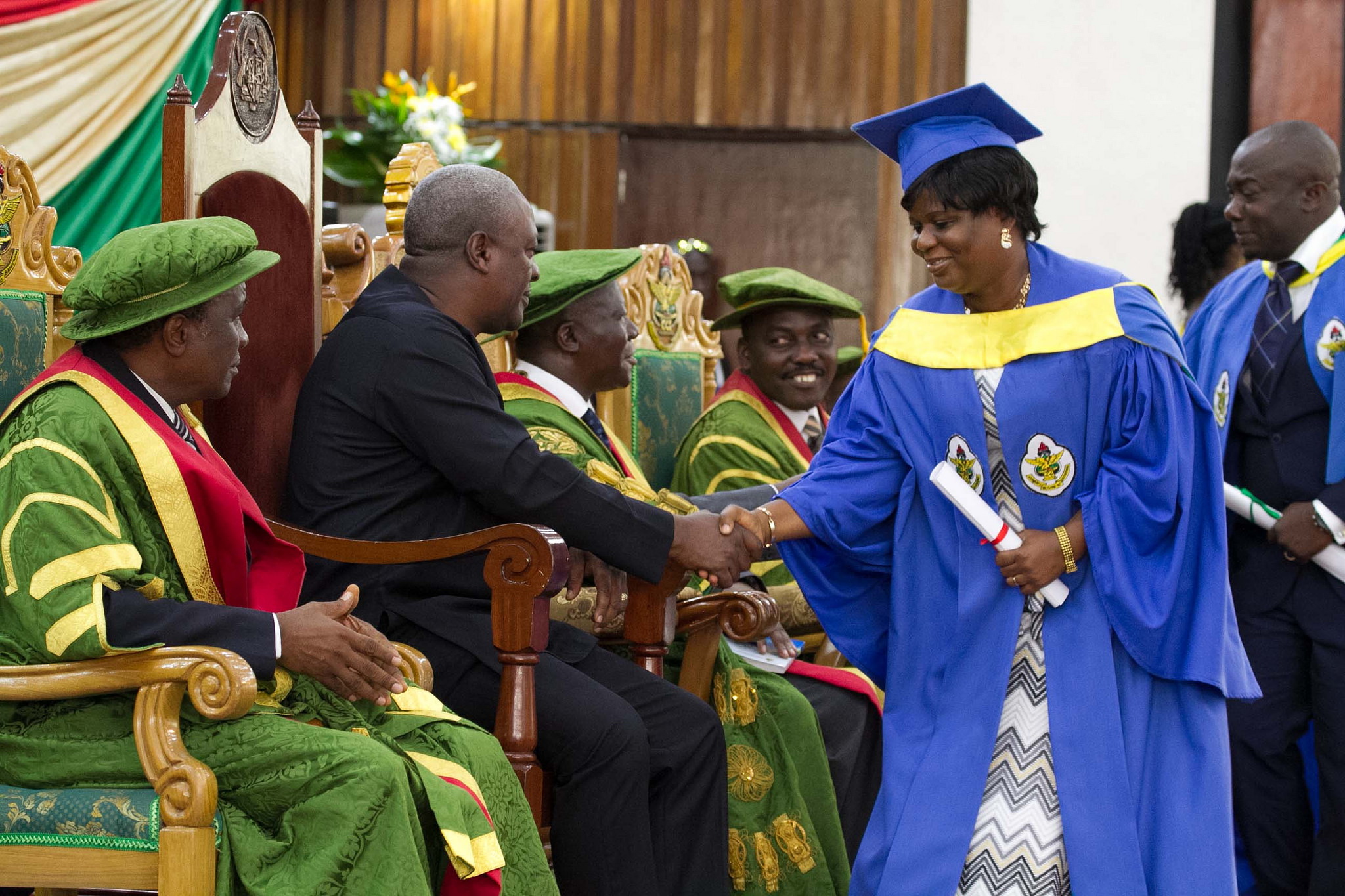 The government has released GH¢37 million to the Controller and Accountant General’s Department to pay the book and research allowance of lecturers for the 2016/2017 academic year, President John Dramani Mahama has announced.

At the last in the series of the 50th congregation ceremonies of the Kwame Nkrumah University of Science and Technology (KNUST) in Kumasi last Saturday, the President expressed the hope that the payment of the allowance would enhance the short-term productive research in the tertiary institutions, while discussions to establish a mutually acceptable national research fund continued.

The announcement by the President that the government had released money for the payment of the allowance was greeted with rapturous applause from lecturers who had gathered at the Great Hall of the KNUST last Saturday.

The last congregation was for graduate students of the KNUST.  Four hundred and seventy-six students, made up of 425 students who obtained Master of Philosophy in various disciplines and 51 who received  Doctor of Philosophy degrees, graduated.

President Mahama underscored the importance of education, especially in science and technology, and gave an  assurance that the government would continue to resource tertiary institutions to enable them to produce graduates who would help accelerate national development.

Besides the tertiary institutions, he said, science and technical education was being strengthened.

“We are presently recruiting 2,500 Mathematics teachers into the basic and secondary schools to provide a strong foundation for the study of science and technology courses,” he said.

President Mahama commended KNUST for the strides it continued to make in producing some of the critical manpower for national growth.

Emphasising that today’s global economy was driven by knowledge, which was acquired through education, the President said that realisation informed the government’s decision to make education a key part of the national transformational agenda.

Some graduates at the ceremony

He also said the fact that KNUST had gone beyond teaching and learning to transforming the lives of the communities in which the university operated was worthy of commendation.

President Mahama also commended the KNUST for initiating the construction of a teaching hospital and promised the government’s assistance to complete the project.

The President advised the new graduates to open their eyes wider to take advantage of the opportunities in the private sector.

“Don’t go into the world with the mindset that you want to be employees. You can also be employers. Opportunities exist and better opportunities continue to open up. These opportunities are not restricted to the public sector alone. Open your eyes wider. There are many opportunities opening up in this country,” President Mahama told the graduates.

He mentioned the massive infrastructural projects being undertaken in the country and said that was an indication that many jobs had been created for many skilled Ghanaians.

The public sector employs only 600,000 people, while more than 50,000 graduates are produced; a situation President Mahama said was indicative that the public sector could not absorb the massive numbers of young people graduating every year.

Otumfuo Osei Tutu II, the Chancellor of KNUST, speaking at the congregation

Consequently, he said, the government would continue to provide incentives to the private sector to expand the recruitment of graduates from the tertiary institutions.

The President urged the Building and Road Research Institute (BRRI) of the Centre for Scientific and Industrial Research (CSIR) to partner stakeholders in the construction sector to provide durable infrastructure, including roads.

He paid tribute to the outgoing Vice-Chancellor of the University, Professor William Otoo Ellis, describing him as an industrious academic who contributed immensely to projecting the image of the university.

President Mahama expressed the hope that the incoming Vice-Chancellor, Prof. Kwasi Obiri Danso, would build on what his predecessor had achieved.

The Chancellor of KNUST, Otumfuo Osei Tutu II, the Asantehene, spoke extensively on Information and Communication Technology (ICT), stressing that the sector provided opportunities for personal and national development.

He, therefore, advised the youth to explore opportunities in the area for their development.

Otumfuo Osei Tutu said the time when fresh graduates were greeted with ready employment was over; it was, therefore, important for the graduates to embrace self-employment.

Prof. Ellis thanked the government and other development partners of the university for their support to the institution.