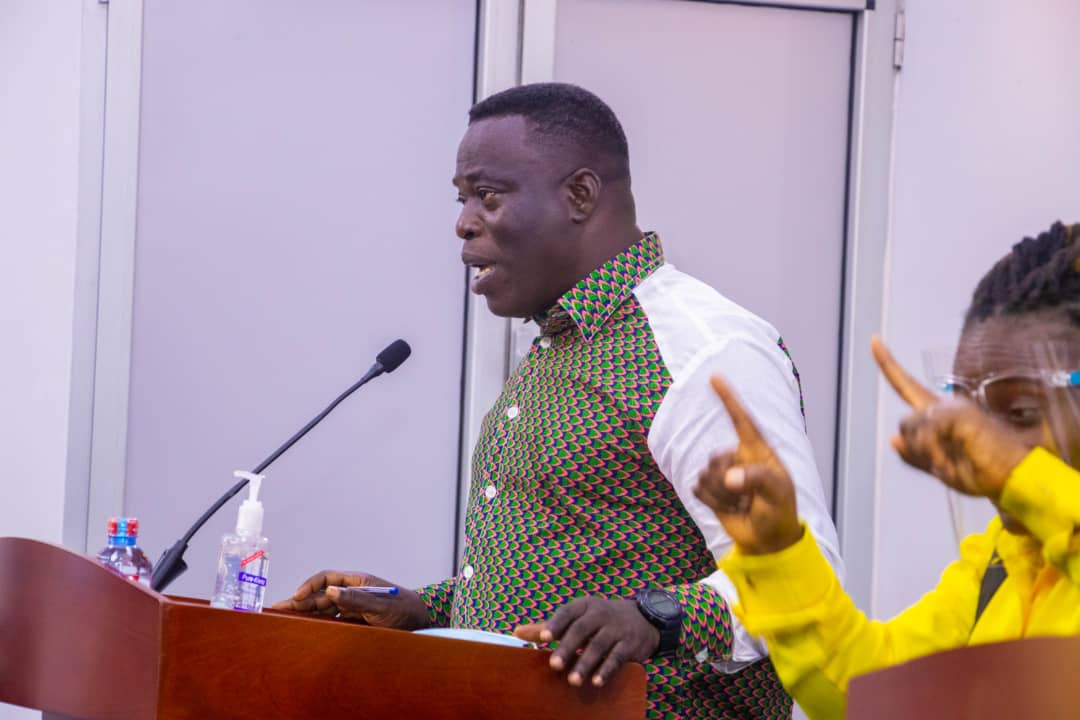 The government and Organised Labour have agreed on a 15 per cent Cost of Living Allowance (COLA).

This was made known at a press briefing in Accra on Thursday evening (July 14, 2022).

Organised Labour had demanded a 20 per cent COLA but it was slashed by five per cent to 15 per cent.

Workers in the educational sector for instance embarked on an industrial action on July 4, 2022 in relation to the COLA.

The Secretary General of the Trade Unions Congress (TUC), Dr Anthony Yaw Baah after the signing of communique called on education sector workers who embarked on the industrial action last week to mount pressure on government for the COLA to go back to work.

At a press briefing Thursday evening, the Minister of Employment and Labour Relations, Ignatius Baffour Awuah said "at the end of the negotiations they came up with a common communique."

The communique was signed at the press briefing by Mr Ignatius Baffour Awuah, the Minister of Finance, Ken Ofori-Atta, Dr Yaw Baah for TUC, Benjamin Arthur for the Fair Wages and Salaries Commission (FWSC) and Perpetual Ofori-Ampofo, President of the Ghana Registered Nurses and Midwives Association (GRNMA).

The Ministry of Employment and Labour Relations invited the leadership of Organised Labour to a meeting over their demands for the payment of cost of living allowance (COLA) to members.

Below is a copy of the communique 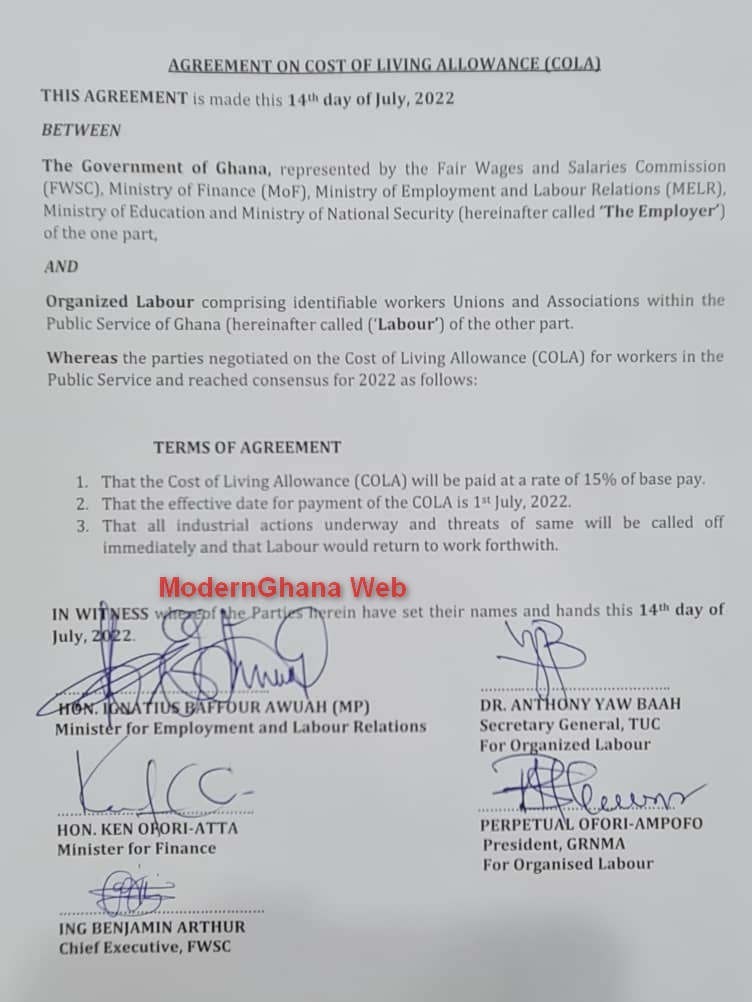