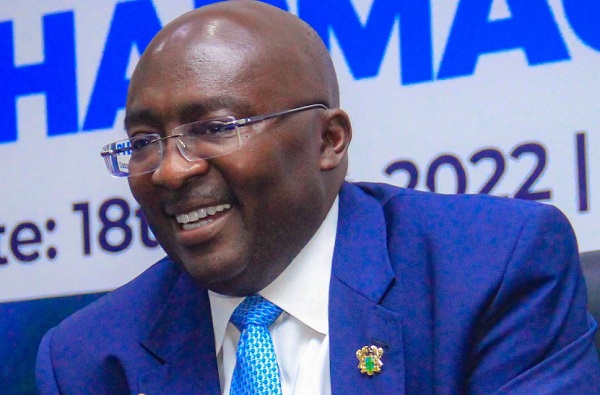 The government expects to receive the first crude oil products next month (January 2023) following the operationalization of its Gold for Oil policy.

The policy to buy oil products with gold rather than U.S. dollar reserves is meant to tackle dwindling foreign currency reserves coupled with the demand for dollars by oil importers, which weakens the Ghana cedi and increases living costs.

The Vice-President said the government had concluded the arrangements for the operationalization of the Gold for Oil policy.

He posted: "Consequently, the first oil products under the policy will be delivered next month (January 2023). My thanks to the Minister for Energy, Minister for Lands and Natural Resources, Governor of the Bank of Ghana, the Chamber of Mines, PMMC and BOST for their leadership in the operationalization of the Government’s Gold for Oil Policy. God bless our homeland Ghana".

In November, Dr Bawumia explained that the Gold for Oil policy was not an attempt to by the country to move away from using the US dollar for international transactions.

Speaking at the 2022 AGI Awards in Accra, Dr. Bawumia noted that to the contrary, Ghana's gold for oil program will give Ghana the space to accumulate more international reserves as the country will save the $3 billion it spends on oil imports.

He added that the use of gold was specifically for oil imports in the face of declining foreign exchange reserves.

“Unfortunately some people have misinterpreted this as Ghana being against the use of the US dollar in international transactions. Far from it. We want to accumulate more US dollar reserves in the future”, the Vice President noted.

Vice President Bawumia noted that a major source of cedi depreciation has been the demand for forex to finance the import of oil products and to address this challenge, the government is negotiating a new policy regime where sustainably mined gold will be used to buy oil products.

Dr. Bawumia said: “If we implement the gold for oil policy as it as envisioned, it will fundamentally change our balance of payments and significantly reduce the persistent depreciation of our currency with its associated increases in fuel, electricity, water, transport and food prices".

This, he noted, is because the exchange rate (spot or forward) will no longer directly enter the formula for the determination of fuel or utility prices since all the domestic sellers of fuel will no longer need foreign exchange to import oil products.