GMEA Group partners Euroguarco to set up factory in Ghana 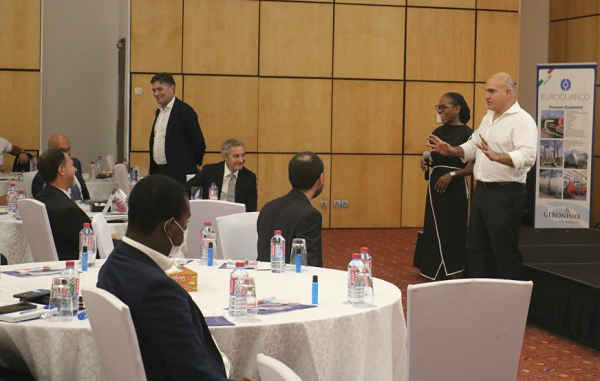 The Chairman of the GMEA Group, Mr Charles Laba explaining a point during the launch Follow @Graphicgh

A Ghanaian oil and gas company, Geronimo Oil and Gas Services Company has partnered an Italian project management, manufacturing and service company,  Euroguarco to build a factory in Ghana.

The partnership between Geronimo Oil and Gas Services Company, a subsidiary of multi-national GMEA Group, and Euroguarco would provide solutions for companies and businesses in the fields of manufacturing, mining, oil and gas, construction, engineering and all heavy industries in the country and other West African states.

The factory is expected to provide hardware facilities such as sealing, piping, valves and insulation products for the oil and gas, petrochemical process, railways engineering and marine industries.

At the launch of the partnership in Accra last Wednesday, the Chairman of the GMEA Group, Mr Charles Laba, said the establishment of the factory would bring substantial gains to industries, businesses and employment in the country.

He said the results of the partnership would particularly benefit the mining, oil and gas, engineering, construction and the manufacturing sectors.

He said the factory would afford companies and businesses in the oil and gas, mining, construction and engineering sectors the opportunity to procure the materials they needed for their operations locally without having to import them.

Mr Laba expressed concern that currently there was no factory in the country that could provide the material and service solutions to the companies in the oil and gas, mining, and construction sectors, and that companies and businesses had to rely on imports.

“In the heavy industries — oil and gas, mining and the steel industries - anytime there is a need for the installation of a new process, they have to order the equipment from overseas,” he noted.

Mr Laba said the factory would be able to manufacture and supply the relevant equipment with specifications of all its clientele in the country, which would be cheaper compared to the cost of importation.

He said apart from the factory coming in to provide equipment solutions to Ghanaian companies and businesses, it would create employment opportunities for Ghanaian skilled labour.

The GMEA Group Chairman said the factory would employ between 300 and 500 people within the first year of its operation, noting that these employees include engineers and fabricators.

Mr Laba said the factory would be the first of its kind in the West African sub-region, providing the needed services to drive Africa’s industrialisation agenda.

He said the two companies (GMEA Group and Euroguarco) were currently finalising documentation on the land for the factory, and that the construction of the factory would commence in the second week of April this year and be completed by the close of the year, with actual operation expected to start by March next year. 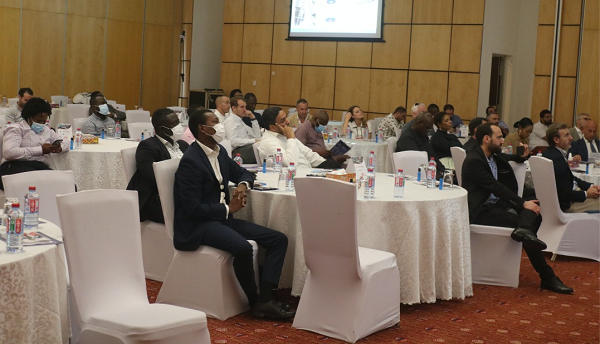 He said the company had come “for everyone in the oil and gas, mining, water, construction, and manufacturing sectors”.

The Chief Executive Officer (CEO) of Euroguarco, Mr Cristiano Ghirlauda, expressed the optimism that the partnership between his company and the GMEA Group would benefit the manufacturing companies and businesses in the country.

He said the operations of the factory would also help to gradually transfer Euroguarco’s technology to the Ghanaian market, and create a pool of specilaists who would help to transform the country’s manufacturing sector.

He said Euroguarco‘s product expertise and solid partnerships with leading manufacturers around the globe placed the company in a unique position as a trusted single source for its customers in the oil and gas, power and water industries.