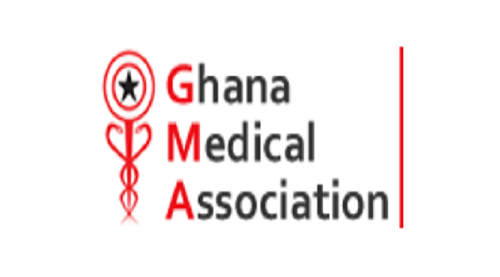 The Ghana Medical Association (GMA) has called for continuous professional development for drivers as a requirement for the renewal of driving licences to address human-related errors.

It said such errors had resulted in the upsurge of road crashes over the years.

The association said it was necessary for the Ministry of Roads and Highways and its agencies to ensure and insist on proper road designs, in addition to ensuring that unapproved speed humps were immediately removed from roads.

The President of the GMA, Dr Frank Ankobea, who stated the position of the association at the opening of its 63rd Annual Conference in Sunyani last Friday, observed that “the role of poor road designs, poor road markings, unapproved speed humps, single-lane highways and highways coursing through the middle of towns and cities that result in road traffic accidents” could not be overlooked.

The week-long conference is being held on the theme: “The menace of our time: Road traffic accidents and galamsey”.

Addressing the conference, Dr Ankobea quoted figures from the Motor Traffic and Transport Department (MTTD) of the Ghana Police Service, which indicated that between January and September this year, the country recorded 2,126 fatalities from road crashes, while 11,659 people sustained varying degrees of injuries in 11,585 accidents within the period.

“These huge figures of morbidities and mortalities are unacceptable and cannot be taken for granted, since, from indications, the numbers continue to rise year after year,” he said.

The GMA President added that the majority of deaths and injuries occurred mostly among individuals between the ages of 15 and 24, which was essentially the economically productive age group in the country.

Dr Ankobea explained that the developing phenomenon of usage of tricycles and motorbikes for commercial activities and their disregard for road etiquette had contributed immensely to the danger on the roads and linked the phenomenon to greater mortalities when they were involved in crashes.

He commended the bold initiative by the Greater Accra Regional Coordinating Council (GARCC), led by the Regional Minister, Mr Henry Quartey, to ban the usage of tricycles on the major highways of Accra and encouraged all other regional ministers to take a cue from that wonderful action.

On illegal mining (galamsey), Dr Ankobea said it had become a difficult issue to deal with, especially so because of the huge economic gains that came to individuals who engaged in it.

He added that the involvement of well-known people and politicians made the fight against galamsey more difficult.

“Galamsey is a silent killer and if care is not taken, very soon the ill effects on Ghanaians cannot be measured. Almost all our water bodies have been killed, together with their aquatic lives,” he bemoaned.

“The GMA would like to reiterate that the negative health and economic implications of galamsey are real and the earlier concrete steps are developed to achieve lasting solutions, the better for Ghana as a whole,” he added.

He said Ghana could no longer continue to play the ostrich, while the problem kept escalating, and mentioned some of the negative effects as air pollution, water pollution, land degradation, respiratory tract diseases and risk-taking lifestyles, leading to increased sexually transmitted diseases, including HIV/AIDS.

For his part, the Presidential Advisor on Health, Dr Anthony Nsiah-Asare, reiterated the hazards associated with illegal mining, explaining that uncovered pits due to the activities of illegal miners had become breeding grounds for mosquitoes all over the country.

He, therefore, called on all stakeholders, including the media and civil society organisations, academia and chiefs, to support the government’s effort in waging war against illegal mining in the country.

On road traffic accidents, Dr Nsiah-Asare disclosed that between 2017 and 2020, Ghana recorded 8,716 deaths from road crashes and appealed to all stakeholders to join the campaign to promote safe driving.

Dilating the theme for the conference, a former Vice-Chancellor of the University of Health and Allied Sciences, Professor Fred Binkah, called for the inclusion of Health Impact Assessment, just like Environmental Impact Assessment, before road projects were undertaken.

Welcoming the delegates to the region, the Bono Regional Minister, Ms Justina Owusu-Banahene, said the government recognised that it could not prioritise economic value and convenience over the safety of citizens and called on all to join the fight against illegal mining and efforts to reduce road crashes.