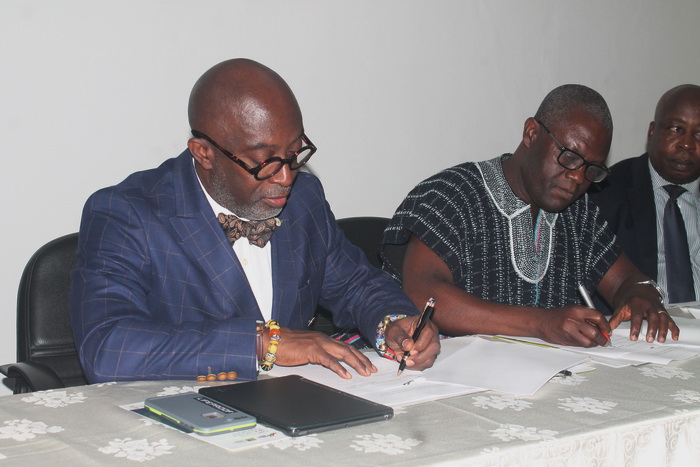 The Ghana Investment Promotion Centre (GIPC) has signed a memorandum of understanding (MoU) with the Savannah Accelerated Development Authority (SADA) to transform the authority into a strategic hub for development.

The agreement between the two state entities will see the GIPC offer technical support to SADA to explore investment opportunities to promote development in the northern sector of the country.

As part of the initiative, the GIPC will also provide a platform to market the potential of the SADA zone to investors on domestic and international platforms.

Both parties will further collaborate to implement joint investment promotion initiatives, including research and feasibility studies on making the SADA zone a strategic location, that will connect with other West African countries.

The agreement was signed in Accra on Tuesday. The Chief Executive Officer (CEO) of the GIPC, Mr Yofi Grant, and his counterpart at SADA, Mr Charles Abugre, initialled for their respective organisations.

Mr Grant described the move as timely, stressing that SADA was key to the government’s economic transformation policies.

“The collaboration with SADA is important, especially when it is a hub for a large scale of arable land and other economic potential that can be harnessed for economic transformation in line with the government’s agriculture and industrialisation policies,” he stated.

Mr Grant said the GIPC would play a key role in facilitating public private partnership (PPP) initiatives to help open up the SADA zone for development and job creation.

He further emphasised that it was important for the government to create more friendly conditions for the private sector to thrive.

He also asked for a paradigm shift from an export-led economy to one where emphasis would be placed on value addition, stressing: “Even as we woo investors to the SADA zone, we will be mindful of the fact that such investors ought to be motivated to set up their businesses in the country.”

For his part, Mr Abugre lauded the partnership with GIPC and said the authority would focus on part of its mandate as an information centre for investors.

“We also want to be sensitive to issues on gender equality and vulnerability as we strive to address poverty in the area,” he added.

In a speech read on her behalf, the Minister of Special Development Initiatives, Mrs Mavis Hawa Koomson, underscored the important role development authorities played in promoting investment opportunities in the areas of resource mobilisation, planning and coordination of initiatives, and implementation of infrastructure projects.

“It is for this reason that an effective collaboration between such authorities and the GIPC is seen as the sine qua non to the optimisation of investment promotion in the country,” she said.

The minister urged the three development authorities that had been created by the government to identify specific projects and collaborate to attract strategic partners and investors.

“You are required to develop comprehensive strategies that are coherent with the national development plans to guide investors in identifying potential areas for investment in your respective zones,” she said.