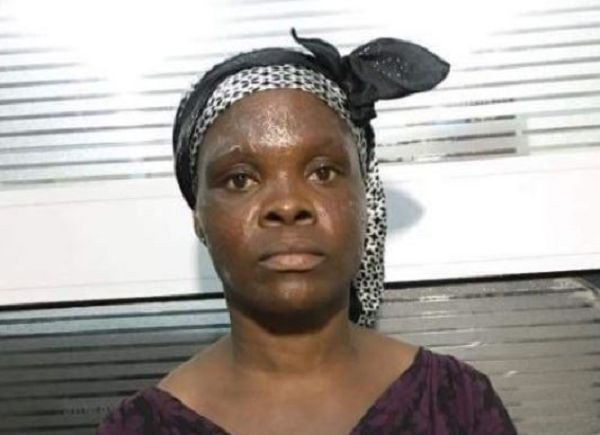 MS Patience Osafo, the woman who was allegedly assaulted by a policeman at the Shiashie branch of Midland Savings and Loans in 2018, has petitioned the Attorney-General over the discharge of the policeman for want of prosecution.

A Circuit Court in Accra in December 2018 discharged Lance Corporal Frederick Amanor Godzi, aka Skalla, for want of prosecution but Ms Osafo wants the prosecutor investigated for possible collusion with the discharged policeman to escape justice.

A petition dated January 29, 2019 and signed by counsel for Ms Osafo, Mr Samson Lardy Anyenini, said she is “appalled and distraught by news reports that the accused person had been discharged for want of prosecution and wishes to state unequivocally that the court was misled by untruths that she was disinterested and non-cooperative.”

The petitioner has pleaded with the Attorney-General to consider calling for and taking over the docket and assigning it to one of the state prosecutors to prosecute the case “as it has become obvious the police prosecutor finds himself in a position of conflict of sorts and is not minded to prosecute his colleague.”

Interdiction of Lance Corporal Godzi to be lifted

Ms Osafo is also praying the Attorney-General to consider replacing the charge of mere assault with the felony of causing harm and exposing the baby (child) to danger as the video evidence and medical report confirmed it was assault aggravated in degree.

“That while she resumes consideration of her earlier contemplated options of further civil action, including in tort against Skalla and the IGP for compensatory damages, her humble petition is for the state to pursue the prosecution to its logical end inter alia hopefully for the lessons and deterrence, eventual sanctions will serve the good purposes of criminal law to society, minimise known excesses by security officers, improve respect for law generally, human rights and dignity in particular,” the petitioner stated.

According to the petitioner, she will be extremely pleased if investigations are conducted into the conduct of the prosecution in what smacks of collusion with the policeman to procure a premature and rather farcical excuse for a discharge to end prosecution of the case.

The petition further noted that the reported excuse given in court to procure the discharge was not only false but so lame that it would lead to a dangerous jurisprudential proposition.

According to the petitioner, she gave her statement and cooperated fully to ensure satisfactory conclusion of investigations to pave the way for the arraignment of Skalla.

The petitioner indicated that she was in Kumasi when she received a call on the evening of August 29, 2018 from the police prosecutor that she was to attend court the following day.

According to the petitioner, she was then attending to her sister who was down with stroke and, therefore, could not attend court at such short notice.

“That I advised her to inform the prosecutor of her circumstances which she reported she did, but was never again contacted and never again informed of any adjournment since the said interaction on August 29, 2018 until January 29, 2019 that news reports announced that the policeman had been discharged for want of prosecution,” counsel noted in the petition.

The Director-General of the Criminal Investigations Department (CID) of the Ghana Police Service, Deputy Commissioner of Police (DCOP) Maame Yaa Tiwaa Addo-Danquah, has expressed surprise at the turn of events.

She said her officers informed her of their difficulty in reaching Ms Osafo, resulting in her (CID Boss) personally calling the woman to invite her to avail herself for the prosecution of the case.

“We have not rescinded in prosecuting and securing conviction of our own when they fall foul of the law. There is no way the police would shield the policeman,” Mrs Addo-Danquah said.

She said it was unfortunate for the police service to be portrayed in bad light in such manner when several attempts were made to reach Ms Osafo for a successful prosecution of the case.

Lance Corporal Godzi was charged with assault for allegedly beating Ms Patience Osafo, a customer of Midland, on its premises on July 19, 2018 when she went there to withdraw money.

Also discharged by the court were the three officials of Midland Savings and Loans who were charged for allegedly aiding Godzi to assault Ms Osafo.