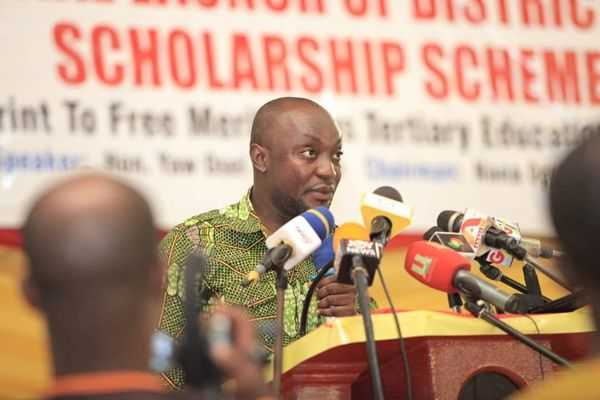 Some Ghanaian students studying abroad on government scholarship are being threatened with official notices for blockage of access to lectures, libraries and other learning activities by their various schools for not paying their fees.

Some have also received notices of ejection from their hostels and apartments.

In addition, some are facing difficulty in fending for themselves due to the drying up of their stipends and academic user and tuition fees.

This is chiefly because the government is yet to release the scholarships and stipends of about 2,000 students on scholarships in various institutions in more than 20 countries, mostly in Europe and Asia.

Depending on the level of study, which ranges from first degree to doctor of philosophy (PhD), the students receive between $300 and $500 per year for their books, which is normally paid in the last quarter.

They also receive between $250 and $500 monthly as their stipend.

Some of the students, who spoke with the Daily Graphic in separate interviews from their places of study, stated that they were in dire straits, and that their situation had been worsened by the effects of the COVID-19 pandemic.

The President of the Association of Ghanaian Students in Hungary, Mr Gabriel Asante, and a student in the United Kingdom (UK), Mr John Mensah, both confirmed the plight of the students and indicated that the situation had been compounded by the COVID-19 pandemic.

They, therefore, appealed to the government to release their tuition fee for the last quarter of 2021, which runs into the dollar equivalent of GH¢85 million.

Messrs Asante and Mensah noted that prior to the pandemic, they could work to earn something for their upkeep.

However, since the pandemic, they had to stay at home in strict observance of the preventive measures against the pandemic.

A source at Ghana’s mission in the UK said some of the schools there had been given up to March 8, this year as the deadline for those who had not paid their tuition fees to suffer the consequences.

Mr Asante added that students in Hungary did not have problems with tuition fees but they had to contend with the drying up of their stipend, on which they lived, as well as for their rent.

He noted that their great concern was the challenge with their landlords, especially those living in cities where rent was expensive and there was high demand for housing, a situation which emboldened the landlords to threaten and harass them with ejection.

Narrating his challenges, Mr Mensah indicated that he recently received an ejection notice from his landlord because he had not paid his rent for four months.

He said the university in which he was studying indicated to him last two weeks how it was running out of patience over his default in paying the tuition fees.

That, he explained, was because the Ghana government had not paid the school fees for the last quarter.

The consequences were that, Mr Mensah explained, he would not have access to the library and lectures and could not participate in any class assignments and project work.

He said another danger was that even if the tuition fee was paid and access was made available, he would not have the opportunity to reverse the harm he would have suffered.

When contacted, the Registrar of the Ghana Scholarship Secretariat, Mr Kingsley Agyeman, confirmed to the Daily Graphic the claims by the students, saying he was aware of the challenges they were going through and that he had been in constant touch with them.

He assured them that the government was working assiduously to ensure that funds for the last quarter of 2021 were released to prevent the situation where they would be ejected from their places of abode or prevented from lectures and participating in assignments and accessing libraries.