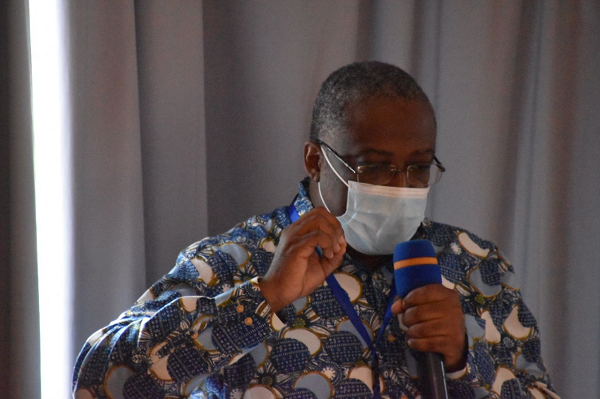 Deputy Executive Director of Ghana's Fisheries Commission, Mr Paul Odartei Bannerman speaking at the 13th Session of the Conference of Ministers of the Fisheries Committee for West Central Gulf of Guinea (FCWC)in Abidjan

Ghana has called on neighbouring West African countries bordering the Gulf of Guinea, to all collaborate in observing a harmonised fishing close season.

This is because, according to Ghana, the declining trend of fish stocks in the ECOWAS region, particularly the shared stocks such as the small pelagics, could be reversed through cooperation and collaborative management efforts.

The Deputy Executive Director of Ghana's Fisheries Commission, Mr Paul Odartei Bannerman, made the call at the 13th Session of the Conference of Ministers of the Fisheries Committee for West Central Gulf of Guinea (FCWC), held in Abidjan, Cote d'Ivoire from Wednesday, December 14, 2021 to Friday, December 17.

The conference, which is on the theme: "Using innovative technology to increase oversight of safe, fair and legal fishing" brought together technical experts in the FCWC countries—Togo, Nigeria, Liberia, Benin, and Cote d'Ivoire, to deliberate on key policy issues affecting the fisheries sector in the FCWC countries.

Mr Bannerman was of the view that when only Ghana observed the close season whilst other FCWC countries opened their seas, the impact of the exercise would not be that significant, in terms of protecting the shared stocks in the region.

He explained that if other FCWC countries opened their seas whilst that of Ghana is closed, what would happen is that fishers from Ghana and other FCWC regions would migrate to those places where close seasons are not observed, hence putting pressure on the shared stocks.

He said the close season had proven to be a key management practices for protecting declining stocks across the world, suggesting that it was about time all FCWC countries adopted the practice to achieve maximum impact and protect the region’s declining stocks.

Mr Bannerman expressed concern that all major fish species in the FCWC countries were going down due to man-made activities, including illegal, unreported and unregulated (IUU) fishing activities.

He indicated that after Ghana’s observation of the close season, its landings had increased, stressing that the exercise is key to protecting declining stocks.

In a presentation, the Regional Monitoring, Control and Surveillance Coordinator of the FCWC, Mr Godfred Baidoo Tsibu, said several shared stocks, such as sardinella, anchovy, horse mackerel, and jack mackerel exist in the FCWC region.

For him, most important stocks in the FCWC region “are fully exploited or over exploited due to overcapacity, overfishing and IUU”, attributing the problem to the issue of weak management and enforcement measures existing in the FCWC countries. 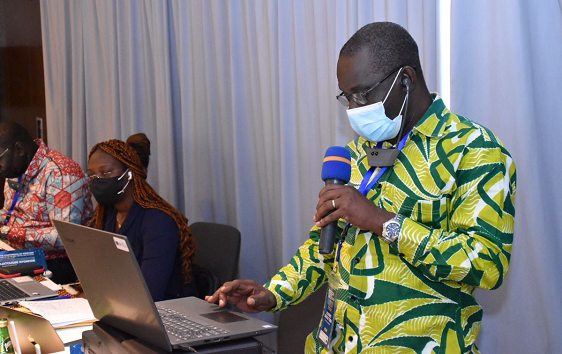 He said there was an urgent need to “prevent the depletion or possible collapse of the stocks” in the FCWC countries, pointing out a regional approach was therefore required in the management of the shared stocks in the FCWC member countries.

“United Nations Convention on the Law of the Sea (UNCLOS) requires that when the same stock or the same species is found in the EEZ of two or more coastal states, those states must, either directly, or through appropriate sub-regional or regional organisations, agree on the necessary measures to coordinate and ensure the conservation and development of the stocks,” Mr Tsibu pointed out.

The Executive Director of Hen Mpoano, a Ghanaian based non-governmental organisation with focus on the fisheries, Mr Kofi Agbogah, also urged FCWC member countries to as a matter of urgency adopt and implement the close season concept.

He said “We have to start the closed season whether we have scientific data or not”, appealing to all the directors of fisheries in the FCWC countries to impress upon their governments to implement the close season.

For him, having a harmonised close season would ensure greater compliance in the FCWC member countries, thus helping to protect the stocks and safe the livelihoods of the several millions of people who depend on the sea for the sustenance.

Reacting to Ghana’s call for a harmonised close season observation in the FCWC countries, Fisheries Directors in Togo, Cote d’Ivoire, Nigeria, Benin, and Liberia, all commended Ghana for taking the lead in observing the close season in the ECOWAS sub-region.

They also called on Ghana to share its experiences with the FCWC member countries in order to enable them undertake similar initiatives in their respective countries.

They, however, sought to find out the impact of the close season on Ghana’s fisheries sector so far.