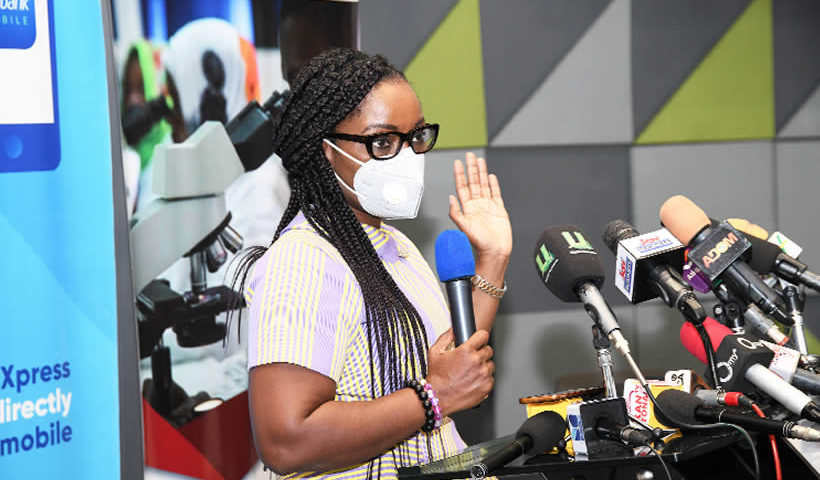 The Programme Manager of the National Malaria Control Programme (NMCP), Dr Keziah Malm, has lauded China for eliminating malaria from that country.

She said Ghana was also on course to eliminate the disease, hopefully by 2030.

Dr Malm, who was responding to questions posed by the Daily Graphic on how Ghana was faring at efforts to eliminate malaria from the country, said the NMCP was employing life-saving tools, such as indoor residual spraying, anti-malaria medicines, insecticide-treated nets (ITNs), as well as training and capacity-building of health workers, just as China did.

She said through the government’s interventions, the country would be successful in its eradication efforts.

Dr Malm, however, called for more mobilisation efforts to fill in funding gaps, saying a study by the programme had shown that Ghana could eliminate malaria from most parts of the country by 2030.

Following a 70-year effort, China has been awarded malaria-free certification by the World Health Organisation (WHO), with the world health body saying it was “a notable feat for a country that reported 30 million cases of the disease annually in the 1940s.”

In a statement, the WHO Director-General, Dr Tedros Adhanom Ghebreyesus, said: “Today, we congratulate the people of China on ridding the country of malaria”.

“The success was hard-earned and came only after decades of targeted and sustained action. With this announcement, China joins the growing number of countries that are showing the world that a malaria-free future is a viable goal,” he added.

China’s malaria-free certification follows an independent review by the WHO Malaria Elimination Certification Panel in June 2021.

China is the first country in the WHO Western Pacific Region to be awarded malaria-free certification in more than three decades. Other countries in the region that have achieved this status include Australia in 1981, Singapore, 1982, and Brunei Darussalam, 1987.

Globally, 40 countries and territories have been granted malaria-free certification by the WHO, including, most recently, El Salvador in 2021, Algeria 2019, Argentina 2019, Paraguay 2018 and Uzbekistan 2018.

Twenty-four countries around the world reported zero indigenous cases of malaria for three or more years between 2000 and 2020.

According to the World Malaria Report 2020, 46 countries have fewer than 10,000 malaria cases annually.

The Roll Back Malaria (RBM) Partnership, in a statement, welcomed China’s achievement and its notable contributions to the global fight against malaria.

The Chief Executive Officer (CEO) of the RBM Partnership to End Malaria, Dr Abdourahmane Diallo, said “China’s elimination of malaria proves that continued, tailored innovations can save thousands of lives”.

He said China’s dedication to ending malaria could serve as an inspiration for other high-burden, populous countries that zero malaria could be reached everywhere.

“Malaria elimination also provides China with the opportunity to step up knowledge sharing and investments in the global fight against malaria, particularly in the Asia-Pacific region and in Africa, which accounts for 90 per cent of the global malaria burden,” he added.

Border surveillance and collaboration with neighbouring countries through regional malaria control initiatives and multisectoral collaboration across 13 ministries were key factors to China’s success.

Partners, including the Global Fund to Fight AIDS, Tuberculosis and Malaria, played various roles in supporting China to scale up the use of life-saving tools.

China has also been at the forefront of innovations that have transformed the fight against malaria, including the discovery of artemisinin – today’s first-line treatment globally for P. falciparum malaria – in 1972 by pharmaceutical chemist and later Nobel Prize Laureate, Tu Youyou.

In the 1980s, China played a crucial role in the development and early rollout of ITNs and remains one of the largest global manufacturers of ITNs.

In 2012, it introduced an innovative surveillance and monitoring strategy which has since been adopted by Cambodia, Indonesia and Thailand and tailored for country settings, among others.

The 1-3-7 strategy sets timelines for the diagnosis (one day), confirmation and risk assessment (three days) and action to contain all malaria cases (seven days) to prevent its transmission.

From the early 1950s, health authorities in China worked to locate and stop the spread of malaria by providing preventive antimalarial medicines for people at risk of the disease, as well as treatment for those who had fallen ill.

The country also made a major effort to reduce mosquito breeding grounds and stepped up the use of insecticide spraying in homes in some areas.

In 1967, the Chinese government launched the “523 Project” – a nationwide research programme aimed at finding new treatments for malaria.

That effort, involving more than 500 scientists from 60 institutions, led to the discovery in the 1970s of artemisinin – the core compound of artemisinin-based combination therapies (ACTs), the most effective antimalarial drugs available today.

In the 1980s, China was one of the first countries in the world to extensively test the use of ITNs for the prevention of malaria, well before nets were recommended by the WHO for malaria control.

In 2020, after reporting four consecutive years of zero indigenous cases, China applied for an official WHO certification of malaria elimination.

China provides a basic public health service package for its residents free of charge. As part of the package, all people in China have access to affordable services for the diagnosis and treatment of malaria, regardless of legal or financial status.