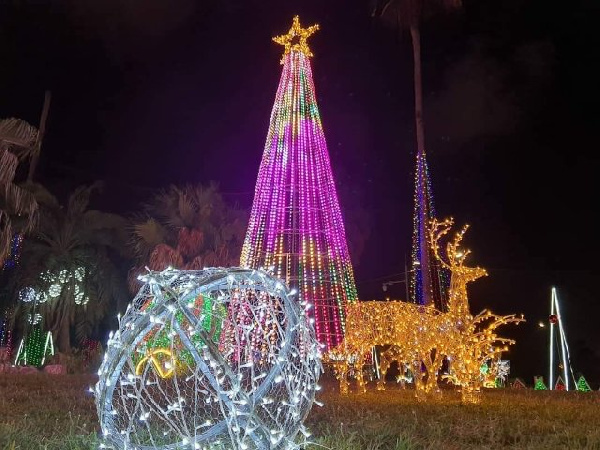 From the roundabout and beyond, all the way to Tetteh Quarshie one can see glimpses of colourful decorations and lighting in all shapes and forms dotted along the stretch.

Major installations such as the premises of the Latter Day Saints, the Zenith Bank, CalBank PLC, MTN head office, the Airport Roundabout, as well as the Tetteh Quarshie area have displayed attractive lights heralding Christmas in the evenings when they are turned on, similar to what had prevailed in the past few years.

Besides the theme decorations, the airwaves are also blaring with Christmas jingles and carols, all in a bid to get people in the mood.

However, other places within the capital are yet to catch the fever as some areas the Daily Graphic visited seem quiet.

Apart from the vehicular and human traffic that is steadily building up, the significant activities such as the sale of Christmas decorations and other Christmas-themed paraphernalia are yet to pick up, compared to previous years, with traders describing the atmosphere as ‘dry‘ and a slow Christmas fever. At the CBD, it was observed that only a few traders had stocked up and brought items such as firecrackers known as knockouts, balloons, garlands, hats, headbands, among others, for sale, but patronage has been very low. 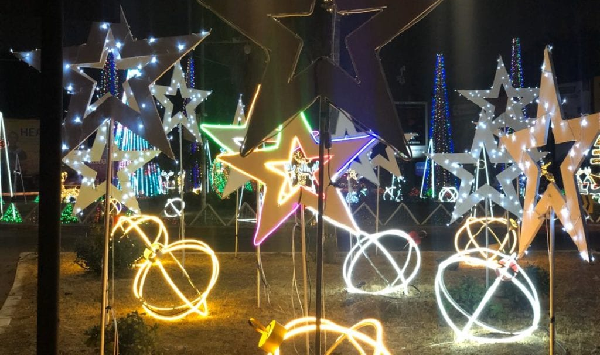 On December 1, as has been the tradition since some corporate organisations decided to take up the responsibility of creating a Christmas feel at some selected points, the decorations were mounted with themes.

During the day, they look like pieces of items just mounted to fill up the spaces, but when the lights are turned on in the evenings, they create picturesque scenes, attractive and exciting, giving a real feeling of Christmas.

On the various radios, the tempo of playing Christmas carols has also gone up, encouraging people to also sing along as the carols, in both the traditional and remixed versions, blare out intermittently.

Apart from mainly the financial institutions, the Daily Graphic observed that comparatively, the mood is generally on a low key.

This euphoria is also felt at some shopping malls where shops have their Christmas creep game on display and put up for sale, Christmas-themed decorations, lights and keepsakes such as snow globes, Christmas ornaments, inflatables, models and scenes, gonks, among others can be seen.

A visit to the Palace Mall at the Atomic Roundabout, Achimota Mall, Melcom Plus Shopping Mall as well as Shoprite at the Accra Mall in Accra during the week, showed shops displaying dazzling lights, blinking decorations, Christmas trees and Santa sculptures.

However, shop owners complained about low sales, and said they would roll out some Christmas promotions and discounts in order to boost sales and encourage buying.

Despite these efforts, businesses are yet to feel the mood as many traders are complaining about low patronage and prospective patrons are blaming it on the current economic situation.

For instance, at Rawlings Park, the hub of these paraphernalia, just a few vendors were selling them, contrary to previous years when it was the business of the season and traders competed for patronage.

A number of traders the Daily Graphic spoke to in the CDB, expressed the hope that activities would pick up from Monday, saying that had been the trend in these past few years.

“For some years now, business and patronage are usually slow around this time as most people would wait for their December salaries before they come out to buy. But this year, it’s been very bad as people are not patronising at all,” a dealer in children’s clothing, said. 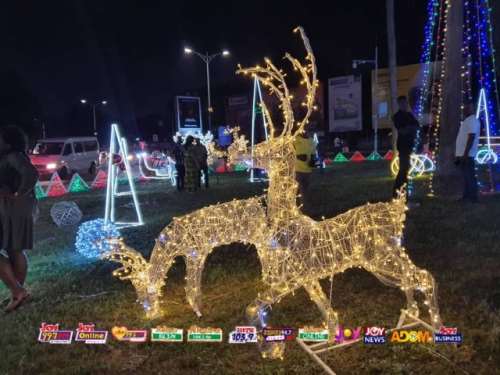 A Christmas decoration vendor, Naa Odorley, who insisted the Daily Graphic team purchase some of her items before she would speak with them, shared the same sentiments, saying: “We hope with time, sales will pick up, but truthfully, compared to previous years, the Christmas fever is very slow this year.”

A businesswoman, Auntie Yaa Berko, was one of the optimistic people, as she told the Daily Graphic that: “There is hope, maybe it is too early. Let’s not forget it is Christmas we’re talking about, people will celebrate it,” she noted.

A fabric vendor at Makola, Hajia Latifah, said that unlike last year where some of her customers pre-ordered fabrics for their family during the festive season, this year, that has not happened and walk-in sales were yet to pick up as well.

“Last year, we had lots of goods on display and sales were good right from November. This year I will rate it 0.0 per cent. Every year, we complain about sales but this year is very bad,” he said.

Both entrepreneurs and customers blamed the situation on the purchasing power and the current economic situation as more pressing issues such as the pending school fees and rent were competing for their limited purchasing power.

“We want to bring the items in, but the money isn’t available and even if you bring them, the prices are worrying.

“For my business, I may have to recycle some of the items from last year. What was sold for GH¢65 is now going for GH¢170,” an entrepreneur, Mary Siaw, intimated.

“January is around the corner and it is the start of a new academic year. My daughter is going to university and my son is going to senior high school. I saved towards that but the current economic situation has affected the value, so I can’t afford to think of buying anything for Christmas.”

A cashier, Nathan Bediako, also said: “I have combed the market and not been able to buy anything. Shops I have visited are yet to bring new goods but the prices of the old ones are just crazy and I am wondering how much the new ones will cost.”