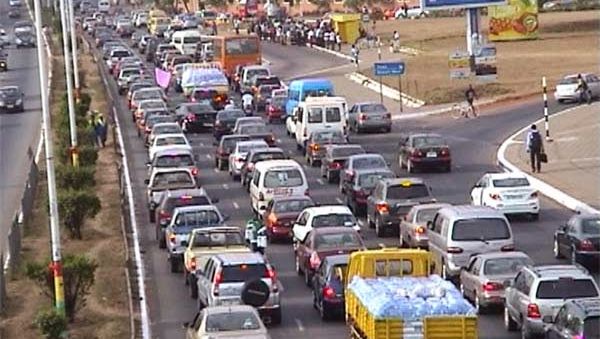 A road safety campaign has been launched to minimise road crashes ahead of the Christmas and New Year festivities.

Dubbed “Metwi a, mentwa — I do not drink and drive”, it is an initiative aimed at reducing the incidence of drunk driving through education to commercial drivers, passengers and road users during the Yuletide and beyond.

It is being executed by Pernod Ricard and Street Sense Organisation, in collaboration with the National Road Safety Authority (NRSA) and the Motor Traffic and Transport Department (MTTD ) of the Ghana Police Service.

It will sensitise drivers to responsible road safety practices with regards to the intake of alcohol when driving.

At the pilot session of the campaign, which took place at the Neoplan Station at the Kwame Nkrumah Interchange, the Managing Director of Pernod Ricard Ghana, Mr. Sola Oke, said the company launched the safety awareness campaign in response to the provisional data from the MTTD, which indicated that 2,126 commuters had died from road crashes alone from January to September of this year, with the causes said to include driving under the influence of alcohol.

“Metwi a, mentwa”, he said, was a campaign that supported the United Nations Sustainable Development Goal 3, which aimed to ensure healthy lives and promotion of the wellbeing for all at all ages.

The company, he said, was committed to fighting alcohol misuse and to create a better way to live and work together to bring good times today and for generations to come.

“We are optimistic that creating awareness among drivers to the dangers of drunk driving is one way to help to reduce deaths and injuries from road traffic accidents,” he added.

He said the educative and sensitisation sessions would be organised at major lorry stations and would go with the sharing and pasting of road safety stickers and interactions with drivers.

The Commanding Officer of the Central MTTD, Deputy Commissioner of Police (DCOP) Martin Aryee, appealed to drivers to adhere to road safety regulations and to avoid drinking when driving.

He said it was common knowledge that some drivers indulged in the intake of other substances that had a similar effect of impairing their sights and judgements.

DCOP Aryee advised drivers to keep to indicated speed limits and to avoid speeding in order to reduce carnage on the road.

The National Coordinator of Street Sense Organisation, Mr. Felix Owusu, also appealed to drivers to be responsible and heed to directives and cater for the lives of the passengers they carry.