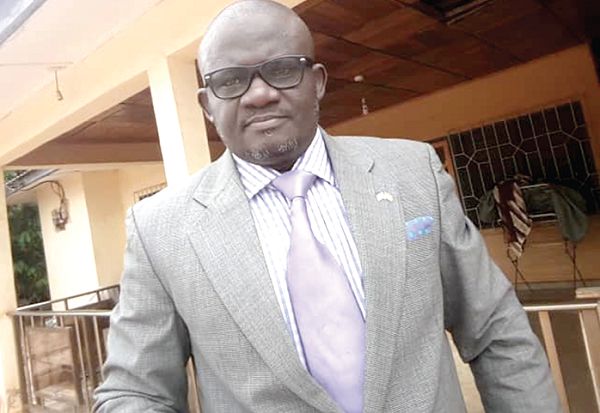 Expectations for accelerated development by the chiefs and people of the Bono East enclave of the Brong Ahafo Region are very high after they have voted massively to endorse the proposal for the creation of a region for them during the referendum on December 27, 2018.

Discussions and phone-in calls on the various FM stations at Techiman before and after the declaration of the results indicated that the people had high expectations for the establishment of institutions that would bring governance and services to their doorsteps.

For them, the creation of the Bono East Region was necessary since even though the area constituted almost half of the entire population of the Brong Ahafo Region, it lacked the resources as compared to other areas of the region.

A former  Municipal Chief Executive of Techiman, Mr Prince Donyina, told the Daily Graphic that “we expect the rehabilitation and construction of roads to link the various district capitals”.

That, according to him, would facilitate easy movement from one district to the other for the delivery of goods and services.

He mentioned the Nkoranza-Atebubu-Yeji road, and the Atebubu-Kajeji road as some of the priority roads that needed immediate rehabilitation.

Mr Donyina said besides bringing governance to the doorstep of the people, the establishment of institutions would also provide job opportunities to some people in the area.

Touching on security, he said armed robbery on the Techiman-Kintampo stretch, as well as the Atebubu and Yeji areas had become a concern for people in the area.

Mr Donyina said the people were expecting the establishment of a military barracks and a regional police headquarters which would coordinate activities to curb crime in the area.

On agriculture, he stated that the Bono East area was noted for the cultivation of maize, cashew, mango, tomato, cowpea, pepper, garden eggs and yam among other food and cash crops.

“Our expectation is that measures would be put in place for the development of these crops while factories should be established for the processing of the produce”, he stated.

Mr Donyina also touched on the Yeji, Atebubu, Kintampo, Nkoranza and the Techiman markets which had all become sources of livelihood for a large proportion of people in the area and beyond.

“The proper development of these markets could be a major source of revenue and employment avenues for the people”, he said.

He further proposed that the aquaculture potential of Yeji be harnessed and the lake transport in the area be developed to boost economic activities.

For his part, the Chairman of the Bono East Referendum Campaign Committee, Mr Kwasi Adu-Gyan, said December 27, 2018 would forever be remembered by the people in the area.

“We are overwhelmed by the result and this is because the people know that it is the creation of the region that will ensure the rapid development of this area,” he stated.

A former Minister of Education and Member of Parliament for Techiman North, Professor Christopher Ameyaw Akumfi, said there could not be any better Christmas present than the unity exhibited by people before, during and after the referendum.

He expressed the hope that, “We can still continue with this spirit after the region has finally been created since it is through such a united front that we can achieve our objective for the creation of the Bono East Region”.

In a related development, the people in the Ahafo area are optimistic that the creation of the Ahafo Region will enable them to have their fair share of the national cake, reports Biiya Mukusah Ali.

A resident, Mr Adu Gyamfi, noted that the Ahafo area did not have any public university and expressed optimism that tertiary institutions would be established to bring such services and others to the doorsteps of the people.

“Other people interviewed by the Daily Graphic shared similar sentiments and thanked the government for enabling people in the area to realise their long-held dream of getting an administrative region”, he stated.