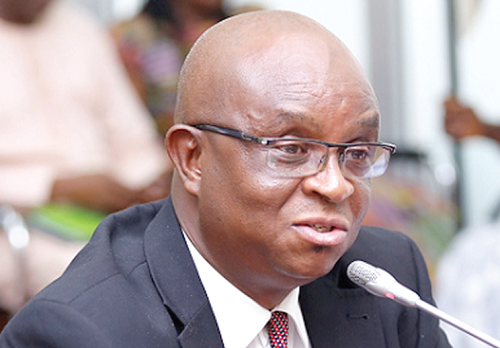 The Volta Region is positioning itself to be competitive to attract investors to the area for accelerated growth.

Consequently, the region is developing its numerous tourist attractions and road network to ensure that it attracts more foreign and local investors.

“We have to make ourselves competitive as a region because the investor has a choice in deciding where to go,” the Volta Regional Minister, Dr Archibald Yao Letsa, said.

He was speaking with the Daily Graphic on development projects in the region after he had paid a visit to the Graphic Communications Group Limited (GCGL) in Accra last Tuesday.

According to him, the region was developing tourist sites, including the monkey sanctuary at Tafi Atome, the snake village at Liati Soba, the Ave Dakpa friendly crocodile pond, the Wli Waterfalls, Mountain Afadja, among others, to help boost the economy of the region and the country as a whole.

Relatedly, he said, road networks were being developed to make the region attractive, saying the region had had its fair share of road construction, and that many major roads, including the Eastern Corridor Road, which he termed a ‘priority road’, were being done to attract investors.

He mentioned the Asikuma-Have, Have-Hohoe roads, as well as the Ho-Sokode bypass, which were all at different stages of completion, and the dual carriage road being constructed from Ho to Sokode which was expected to be completed by the end of the year to buttress his point .

Again, he said, the Ho-Denu road, which is currently in a bad shape, as well as other roads, had been put up for tender and expressed the hope that they would be done soon.

He said the Ho Airport had been completed and would become operational very soon and called on local airlines to start patronising the facility.

On economic prospects of the region, he said currently there were about 40 One District, One Factory (1D1F) initiatives in the pipeline, with five being operational to help aid development in the region.

He added that about 100,000 farmers were benefitting from the government’s social intervention programme, Planting for Food and Jobs, in the areas of maize, rice and vegetable farming.

He said the region was also benefitting from a rice project by the Ministry of Agriculture for rice farmers, saying it was a big project that would benefit farmers across the region.

On the unemployment situation in the region, he said the region, like many others, would benefit from the government’s social intervention programme dubbed: ‘YouStart’, which aims at providing funding and technical support for the youth and youth-led businesses to assist them start, build and grow their own businesses.

The regional minister said youth unemployment in the country was a challenge and prayed that the economy grew, so that the private sector could absorb the teeming youth.

Dr Letsa said all the interventions were geared towards making the people in the region self-sufficient to halt the menace of child trafficking, which was rampant in the area, saying:
“People, due to poverty and illiteracy, can sell their children for as low as GHc200 to work on the Volta Lake as labourers.”

In the area of politics, with the New Patriotic Party going to the polls on Saturday to elect national officers, he called on all to accept the outcome of the elections, since it was an internal context.

He said the party should come out stronger to face the task ahead to help the President steer the country out of its present economic woes.

The Volta Region, he said, was one of the most peaceful regions in the country, saying that was a plus for the tourism potential of the area.

He said security personnel in the area were working around the clock to ensure that although the region shared borders with Togo, it would continue to be safe for all, including investors and tourists.

On his expectations from the Ghana/IMF negotiations, he called on Ghanaians not to see the issue as a partisan one.

He said it was his expectation that the negotiations would end with a programme which would help the country back on track.