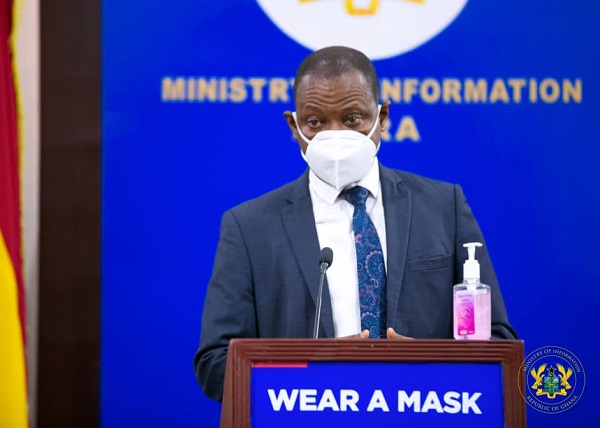 Eight people have been reported dead of suspected yellow fever in the Savannah Region.

The GHS has since sent samples of the eight people in the affected region for final confirmation in Dakar, the Senegalese capital.

A press release issued in Accra last Friday and signed by the Director-General of the GHS, Dr. Patrick Kuma-Aboagye, further explained that “Tests for other viral haemorrhagic fevers like Ebola, Lassa, Marburg and Zika are all negative”.

It said, a team of experts from the GHS, Centre for Disease Control (CDC), Ghana, World Health Organisation (WHO), Ghana, and the Noguchi Memorial Institute for Medical Research (NMIMR) had been dispatched to support the affected region to investigate and institute appropriate control measures.

“We will keep the general public updated following the outcome of the investigations and also on the final laboratory confirmation,” it added.

According to the release, “the affected persons were nomads in selected communities in West and North Gonja of the Savannah Region who had never been vaccinated against yellow fever”.

It, therefore, urged the public, particularly those in the affected region, to take precautionary measures in order not to contract the disease.
Such measures, it said, included getting themselves vaccinated against yellow fever and avoiding mosquito bites.

Equally important, the release stressed, was the need for people to report to the nearest health facility if they had a fever and especially with yellowish discoloration of their eyes.

“We are particularly asking all persons from that part of the region who have fever, general weakness, headache, nausea and vomiting to immediately report to the nearest health facility,” it stressed.

A person with yellow fever may have fever and jaundice in the early stages and later on bleed from any of the body openings, for instance the nose and mouth.

They may also have symptoms like bloody stools and vomiting blood.