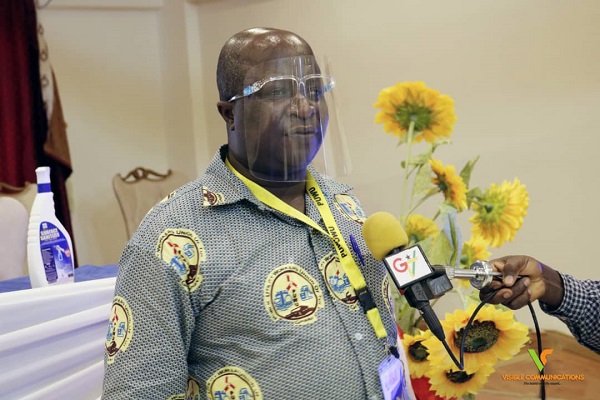 The General Secretary of the Public Utility Workers Union (PUWU), Mr Michael Adumatta Nyantakyi, has urged management of institutions to encourage and support qualified women at the workplace to take up leadership positions.

At a post-International Women’s Day Celebration organised by the union at the PUWU Hospitality and Conference Centre at Kasoa in the Central Region, Mr Adumatta Nyantakyi said promotions at the workplace should not always be left to competition among staff but rather management must begin to target women who possessed leadership qualities and give them a push to reach decision-making levels.

“It should not always be that it is always through competition that we get women at the decision-making level at the workplace.

“Sometimes we should do some targeting and mentoring to raise certain leaders who have the potential, especially females,” Mr Nyantakyi explained.

“Most often, because of our socio-cultural inhibitions, many women will need some more encouragement, so management should also positively take proactive steps to raise women to higher levels”, he said.

Mr Nyantakyi said it was unfortunate that in certain institutions, the higher one travelled, the less the number of women holding leadership positions.

He, therefore, indicated that there had to be a collective approach by stakeholders to change the narrative.

“I think as a way of raising the level of women’s involvement, I do not see anything wrong with introducing a quota system that is even competitive such that we set a certain quota but among that quota should be women who are competing for the quotas set,” he explained.