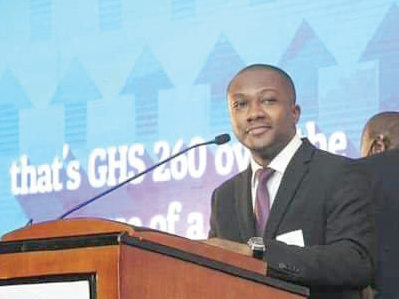 The Ghana Anti-Corruption Coalition (GACC) and the Parliamentary Network Africa (PN-Africa) have called on Parliament to critically review the Conduct of Public Officers Bill, 2018, as the current bill fails to address most of the key issues regarding the declaration of assets and the conduct of public officers.

The Conduct of the Public Officers Bill, 2018, currently before Parliament seeks to, amongst others, ‘add to the justiciable provisions already in the statute book to combat corruption’, ‘plug the loopholes as far as the legal framework on anti-corruption is concerned’, and provide clarity on matters of conflict of interest and the code of conduct of public officers.

Speaking at a virtual workshop to sensitise and mobilise media support for the speedy passage of the bill on Friday, September 11, 2020 in Accra, Legal and Governance Policy Analyst at the Ghana Centre for Democratic Development (CDD-Ghana), Mr. Nicholas Opoku, said the current bill does not sufficiently address the loopholes in the existing regulatory framework; Chapter 24 of the 1992 Constitution and the Public Office Holders (Declaration of Assets and Disqualification) Act, 1998, (Act 550).

Problematic Clauses in the bill

Highlighting some of the problematic clauses in the bill, Mr. Opoku said Clause 56 of the bill which defines the category of persons the rules on declaration of assets are applicable to is limited in scope because it does not cover other State appointed officials who may not necessarily be serving in offices partially funded by the State.

"Clause 56 of the bill defines a public officer as ‘a person holding public office’. ‘Public office’ is also defined in Clause 56 as ‘including an office the emoluments attached to which are paid directly from the Consolidated Fund or office in a public corporation established entirely out of public funds or moneys provided by Parliament’,' he said.

He added that "the first schedule to the bill which provides a list of persons the rules on declaration of assets are applicable to, says amongst others, ‘chairperson, chief executive officer, managing director, secretary, general manager and departmental head of a public corporation or company in which the republic has a controlling interest.’"

Mr. Opoku argued that the use of the phrase ‘or company in which the Republic has a controlling interest’ appears to exclude an important category of State officials in an era where the State is increasingly entering into Public-Private Partnerships and taking up varying degrees of interests which does not amount to a ‘controlling interest’.

He said the State, for instance, maintains shares in Ghana Oil Company (GOIL), a very strategic entity in the downstream oil and gas sector.

The State makes appointments to the Board of GOIL even though it has no ‘controlling interest’. Such appointees, he argued, represent the interest of the State and, therefore, must be covered by the asset declaration regulatory framework, just as a CEO of the Ghana National Petroleum Corporation (GNPC) would be covered.

He said as long as such persons perform their functions at the behest of the State, they ought to be subject to the legal framework on asset declaration lest the very purpose of this bill to ensure accountability will not be fully served.

Another clause, Mr. Opoku finds problematic is Clause 7 of the bill, which enjoins public officers not to submit false or misleading declarations or clarifications. It also provides the punishment for breach of same.

"However, it does not provide a mechanism for verifying the accuracy of declarations and or clarifications submitted," he said.

Mr. Opoku said the absence of a verification mechanism is a complete betrayal of the objects of the bill; disabling the Auditor General from ensuring the accuracy of a declaration while maintaining the ineffective status quo.

He said it is very clear that the framers of the Constitution intended for the Auditor General to have the power to verify asset declarations.

"The combined effect of Article 286 (2) and (4) of the Constitution clearly indicates the presence of a trigger mechanism that allows for the determination of these violations of the law. Moreover, the Office of the Auditor General is best placed to handle this duty of verification because of the professional capacities and resources available to the office," he said.

Mr. Opoku said the bill must therefore make provision for a mechanism through which a declaration filed could be properly verified to ascertain its authenticity, completeness, inaccuracies, and inconsistencies.

Intensify advocacy
The Director of Advocacy and Policy Engagement at CDD-Ghana, Dr. Kojo Asante, and the Deputy Executive Secretary of GACC, Mr. Bright Sowu, called on stakeholders to intensify advocacy for the speedy passage of a bill with sound amendments to the problematic clauses identified.

Participants who joined the meeting called for a common platform to be provided to intensify the advocacy for the review and speedy passage of the bill to prevent acts of corruption and deal with corruption in public office when it occurs.