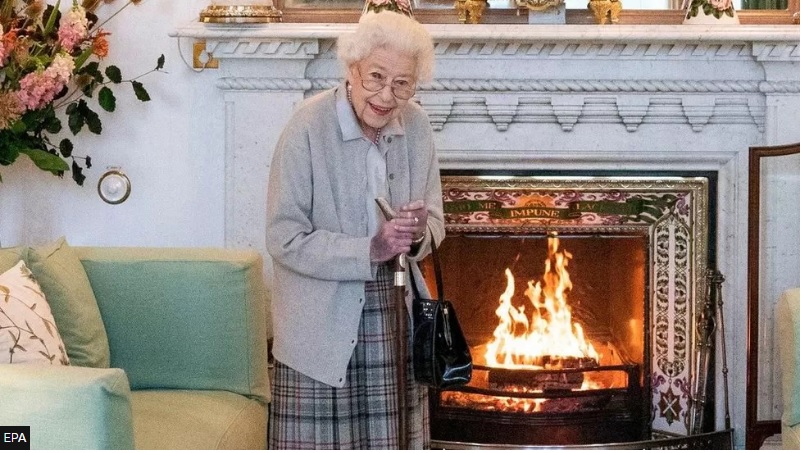 Under a long-standing plan known as “Operation London Bridge”, her death ushers in 10 days of national mourning. Her son Charles became king upon her death and will be called King Charles III.

Having ascended the throne at the young age of 25 years, Queen Elizabeth became Britain’s longest-serving monarch, who, as a teen, witnessed the horrors of World War II and as an aged sovereign saw the agonies of a deadly pandemic and the personal pain of her own family’s turmoil.

On February 6, 2022, she became the first British monarch to reign for 70 years, and in honour of that milestone, the United Kingdom and the Commonwealth celebrated her Platinum Jubilee as Queen in June 2022.

The 96-year-old monarch made an appearance with her family on the balcony of Buckingham Palace on the first day of the four-day-long Platinum Jubilee, waving to tens of thousands of her subjects gathered in front of the palace and watching an aviation display in her honour.

However, she was unable to attend other events marking the jubilee due to discomfort.

On September 9, 2015, when she became the longest-reigning monarch in British history, surpassing the 63-year reign of her great-great-grandmother Queen Victoria, Elizabeth II refused to make any fuss, saying the title was “not one to which I have ever aspired”.

Upon the October 2016 death of Thailand’s King Bhumibol Adulyadej, ending his 70 years on the throne, she became the world’s longest-reigning monarch and head of state.

Princess Elizabeth became queen of the United Kingdom, Canada, Australia and New Zealand and others upon the death of her father, King George VI, on February 6, 1952, with her husband Prince Philip by her side.

She was crowned on June 2, 1953 and it was the first coronation to be beamed live on television around the world.

The then Princess Elizabeth and her husband Prince Philip, the Duke of Edinburgh, had begun a tour of Australia and New Zealand with a stopover in Kenya. Her father, King George VI, had, against medical advice, gone to the airport to see the couple off. It was to be the last time Elizabeth would see her father because it was while they were in Kenya that the news reached them that the King had died.

“In a way, I didn’t have an apprenticeship,” she later recalled. “My father died much too young, so it was all a very sudden kind of taking on and making the best job you can.”

Queen Elizabeth II reigned over a period of massive social, economic, technological and political change in the UK and the world at large. It saw the transformation of the once global British Empire into a Commonwealth of 52 independent nations headed by her and the UK’s exit from the European Union, commonly referred to as BREXIT.

Fifteen British prime ministers served in Her Majesty’s Government — from Winston Churchill on her ascension to the throne in 1952 to Liz Truss, who was sworn in by the frail Queen only two days before the monarch passed on.

During her time on the throne, Elizabeth II took her place on the global stage along with the world’s elected leaders and dictators.

Her long reign saw her circling the globe many times: Following her coronation, she and her husband went on a seven-month tour, visiting 13 countries and logging more than 40,000 miles.

She had met with every US President from Harry S. Truman to Joe Biden, except for Lyndon Johnson.

She celebrated six jubilees - her 25th, 40th, 50th, 60th, 65th and 70th anniversaries - on the throne, as well as the marriages of her four children and the births of eight grandchildren and 12 great-grandchildren.

The fairy-tale wedding of her first son and then heir to the throne, Prince Charles, to Lady Diana Spencer on July 29, 1981 was attended by 2,650 guests at the St Paul’s Cathedral and witnessed by nearly a billion television viewers around the world.

Elizabeth II’s reign was also marked by crisis, including two assassination attempts, in 1970 and 1981 in Australia and New Zealand, respectively.

In 1979, her art advisor, Anthony Blunt, was unmasked as a communist spy, while Prince Philip’s uncle, Lord Mountbatten, was killed by an Irish Republican Army bomb.

Princess Elizabeth had met Prince Philip of Greece and Denmark in 1934 at the wedding of his first cousin, Princess Marina, to Prince George, the Duke of Kent.

Thirteen years later, Elizabeth and Philip got married at Westminster Abbey in an uplifting ceremony — two years after the end of World War II. Hundreds of thousands of people lined the streets along the route from Buckingham Palace.

“For a brief moment, the pace of the strident terrible 20th century was slowed to the trot of cavalry horses, and the rumbling of coaches and pageantry evoked bitter sweet memories of this island’s old, heroic past,” The New York Times’ Drew Middleton wrote in a dispatch from London.

Prince Philip, Princess Elizabeth’s third cousin, had served with the Royal Navy during World War II. His family name was changed to Mountbatten from the German Battenberg during World War I because of anti-German sentiments.

The union was not without controversy. Philip was broke and foreign-born, but nonetheless they received 2,500 wedding gifts from around the world. A son and heir, Charles, was born in 1948, followed by Princess Anne in 1950, Prince Andrew in 1960 and Prince Edward in 1964.

On November 20, 2017, Queen Elizabeth II and Prince Philip celebrated their 70th wedding anniversary. Their 73½-year marriage was by far the longest for the monarchy, surpassing King George III and Queen Charlotte’s 57 years (1761-1818).

In May 2017, a month before Philip’s 96th birthday, Buckingham Palace announced that the Duke was retiring from Royal duties as of September.

Prince Philip died on April 9, 2021, aged 99, the 16th anniversary of the marriage of Prince Charles and Camilla, the Duchess of Cornwall, and the Duke’s funeral was four days before Queen Elizabeth’s 95th birthday on April 21.

On what would have been his 100th birthday on June 20, the Queen planted a specially bred rose, named the Duke of Edinburgh, in Windsor Castle’s East Terrace Garden.

Born on April 21, 1926, Elizabeth Alexandra Mary was the first child of Prince Albert, the Duke of York, the second son of King George V, and the Duchess of York, the former Lady Elizabeth Bowes-Lyon, who became King George VI and Queen Elizabeth in 1936 following the abdication of his elder brother, Edward VIII.

The late Queen was the 32nd great-granddaughter of King Alfred the Great, England’s first monarch, who reigned from 871 to 899.

“Lilibet” (as she called herself as a baby) and her younger sister, Margaret, born in 1930, were educated at home by tutors, including a governess.

Soon after the coronation of Princess Elizabeth’s father, the UK was plunged into World War II. At 14, she made her first radio broadcast in 1940, addressing children who had been evacuated to the countryside and abroad to avoid the bombing of British cities.

“We know, every one of us, that in the end, all will be well,” she intoned in a delicate soprano to the BBC “Children’s Hour” audience. “For God will care for us and give us victory and peace. When peace comes, remember it will be for us, the children of today, to make the world of tomorrow a better and happier place.”

Later during the war, the teenage Princess served as a driver for the Auxiliary Territorial Service.