Price of LPG to go up beginning Monday 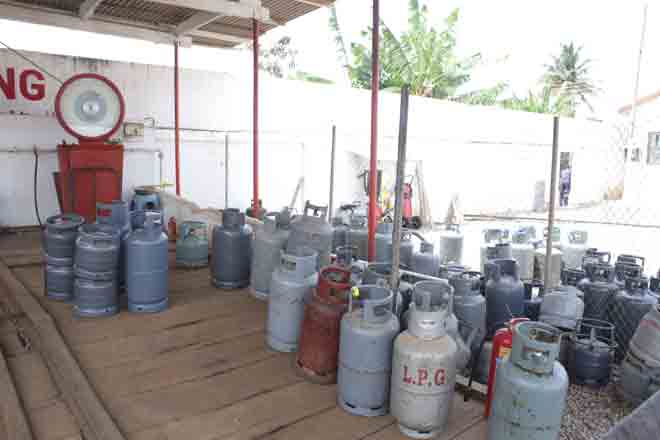 Beginning Monday, the price of Liquefied Petroleum Gas (LPG) is expected to go up by about 40 pesewas per kilo, according to the LPG Marketers Association.

This will be the second time this year that the price of gas, used in most homes, will see a hike in price after it was first increased in May this year by some 18 pesewas per kilo.

This is irrespective of the announcement by the Ministry of Energy and the National Petroleum Authority (NPA) that price stabilisation and recovery levies (PSRL) would be taken off petroleum products for the next two months.

The suspension of the PSRL will provide a 14-pesewa relief for LPG consumers.

However, the Vice-President of the LPG Marketers Association, Mr. Gabriel Kumi, in an interview in Accra, said people should not be carried away by the intended suspension of the PSRL as it had no significant bearing on the cost of LPG.

"Obviously, any measure to cushion consumers in the form of price reduction is welcomed by our association.

"If you take a product such as LPG, for instance, yesterday, which was the beginning of the next window, the price of LPG was supposed to go up by 40 to 50 pesewas per kilo.

Mr. Kumi further indicated that "per our projection, by December 2021, if we don't take serious measures to reduce the price of LPG we would be buying gas at about GH¢10 per kilo".

Meanwhile, the African Centre for Energy Policy (ACEP) has called on the government to immediately apply the accumulated GH¢948 million in the PSRL account to cushion petroleum consumers.

The Executive Director of the energy sector think tank, Mr. Benjamin Boakye, who made the call, said since the levy was established to alleviate the burden of higher petroleum prices on the public, it was important to utilise the accumulated balance to cushion consumers from the current high oil prices.

He made the call in response to the decision of the National Petroleum Authority (NPA) to zero-rate the PSRL on petrol, diesel and liquefied petroleum gas (LPG) for the next two months.

Fuel prices were increased to reflect the surge in crude oil prices on the global market and the depreciation of the cedi.