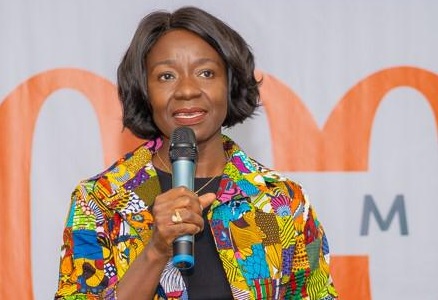 Current data collected by indigenous health start-up, mPharma, suggests that the prevalence of cervical cancer in West Africa is around 40 per cent and not the 21 per cent recorded by the World Health Organisation (WHO).

Cervical cancer is regarded as the second biggest killer of women in Africa, with the WHO reporting that it is the leading cause of cancer mortality among women in developing countries.

But while the WHO reports that the infection prevalence of cervical cancer in West Africa is 21.3 per cent, recent samples collected by mPharma between Ghana and Nigeria suggests that the rate could be higher than reported by WHO.

Out of the 3,000 samples collected through its 10,000 women campaign, which seeks to test 10,000 women in Ghana and Nigeria for cervical cancer, about 40 per cent of the samples tested positive.

In Nzulezu, a town in the Western Region of Ghana, for instance, out of the 100 samples collected, about 40 of them were positive and the situation was same in most places.

This was disclosed by the Chief Operating Officer of Mpharma, Sophia Baah, at a media briefing in Accra.

She said through the campaign, the health service company was seeking to test 6,000 women in Ghana and 4,000 women in Nigeria for free.

“At the heart of everything we are doing is the data we are capturing and with the 10,000 women campaign, out of the 3,000 samples collected so far, what we have seen is that the positivity rate in our samples is around 40 per cent. But the research out there says West Africa is 21 per cent, which means there may be a lot of data out there, which has not been captured,” she stated.

Ms Baah said through the campaign, the company was also looking to create awareness on the deadly disease.

“It is important to create awareness around the second biggest killer of women in Africa.

“One of the important things with the data that we are capturing is for us to be able to start predicting certain trends and certain situations before they happen.

“With the data, we can tell that this particular community is more prevalent and we can start drilling down into the whys,” she explained.

She said the company planned to grow its community (Mutti) pharmacies across eight markets in Africa to be the first point of care for patients.

“The start-up’s Mutti pharmacies are essentially mini-hospitals offering a wide-range of services, including medical consultation, diagnostic and telehealth services, while increasing access and affordability to quality medication,” she stated.

She said the company had now set out to activate more Mutti pharmacies to widen its reach and to build out its tech-infrastructure as it readied itself for the next phase of growth after raising $35 million in a series D round.