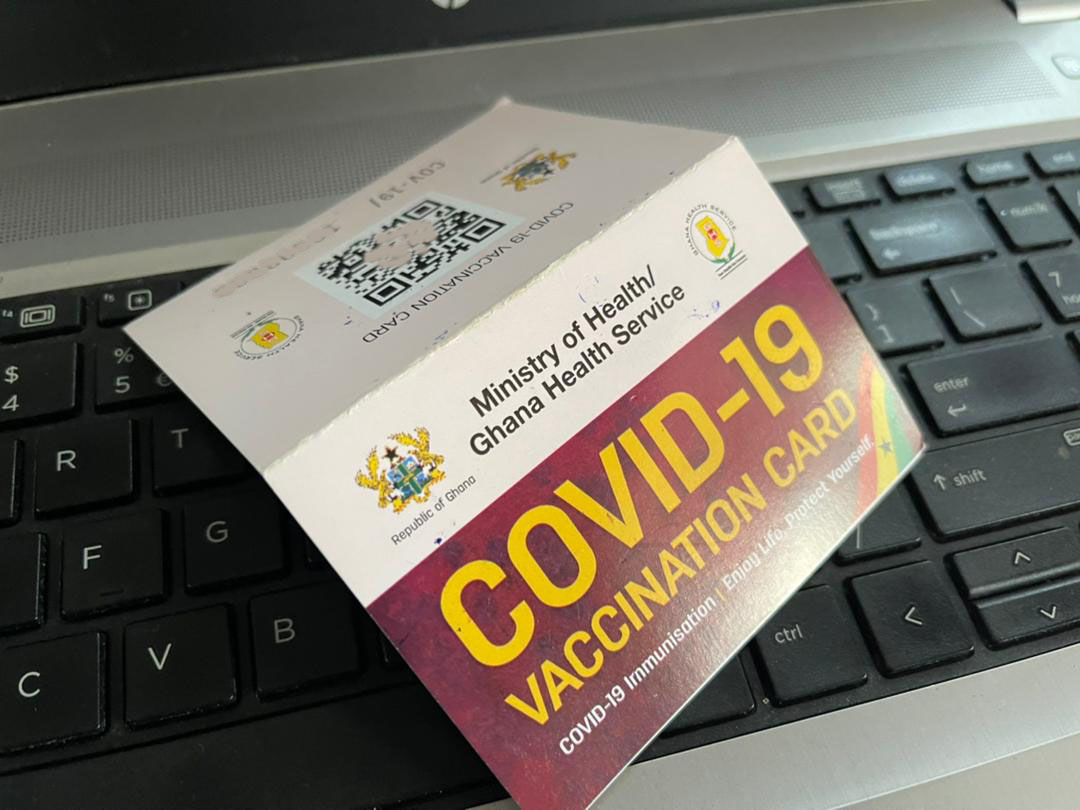 From January next year, the police will inspect the vaccination cards of all commercial drivers and motorbike riders to ensure that they have taken the COVID-19 shot.

Additionally, workers of all government institutions and health facilities will not be allowed into their workplaces if they do not show their vaccination certificates, while absence from work for this reason will deprive a worker of his or her salary.

The arrangements are part of a mandatory vaccination policy which started yesterday and is to be enforced in January next year, after the government had declared December a National Vaccination Month.

The mandatory vaccination policy will be expanded in phases to cover more groups based on information gathered from the pilot.

The Minister of Health, Mr Kwaku Agyeman-Manu, announced the modalities when he launched the National Vaccination Month in Accra yesterday.

He said the declaration of December as National Vaccination Month was to enable people targeted under the mandatory vaccine policy, as well as the entire population, get vaccinated before the policy enforcement began in January 2022.

“Under the initial implementation of the mandatory vaccine policy, certain groups of the population and patrons and workers of certain recreational and sporting venues must get vaccinated compulsorily,” he said.

The groups include all workers of government institutions and parastatals, workers of health institutions, all commercial drivers and riders, all security personnel, as well as students and teaching and non-teaching staff of all secondary and tertiary institutions.

“Modalities for strict implementation have been laid down, and as part of them, the police would be checking vaccination certificates, in addition to driving licences of commercial drivers and riders.

“Workers of all government institutions, health facilities and educational facilities will also not be allowed into such workplaces without vaccination certificates, and absence from work due to this reason will deprive a worker of his or her salary,” the Minister of Health said.

The launch was held on the theme: “Protect yourself, protect your family and get vaccinated now against COVID-19”.

It brought together ministers, traditional and religious leaders, development partners, among other stakeholders.

Mr Agyeman-Manu said the government, in collaboration with other stakeholders, had stocked enough vaccines to get at least 20 million of the population vaccinated by the close of the year.

He, therefore, appealed to the public to remain calm and take advantage of the vaccination month campaign and the influx of vaccines into the country, which had been brought to the doorstep of everyone, to get vaccinated.

“Let me take this opportunity to assure the public that all vaccines currently being deployed in the country — Moderna, AstraZeneca, Johnson & Johnson and Pfizer — have received local and international authorisation, making them safe and effective,” he said.

He said all the free vaccines offered varying but adequate protection against all variants of the COVID-19, hospitalisation and death.

“Vaccines save lives! We cannot overemphasise the importance of vaccination in health. It is evident that the single most important public health

intervention contributing to the health of children and adults all over the world is vaccination. Vaccines, in general, are a great tool in preventing diseases,” Mr Agyeman-Manu said.

The Director-General of the Ghana Health Service (GHS), Dr Patrick Kuma-Aboagye, announced that the service had detected the new COVID-19 variant, Omicron, in the country.

He said Omicron was picked up at the Kotoka International Airport (KIA) on November 21, this year among travellers from Nigeria and South Africa, but the number of cases had not been disclosed.

Dr Kuma-Aboagye said the good news was that there had been no community spread as of yesterday.

He said the GHS had since triggered its surveillance, putting it on red alert for any community spread for the necessary action.

The director-general reiterated the fact that vaccination was the most effective way of breaking the transmission of the COVID-19 disease.

However, he said, vaccination would make a quick maximum impact if it was combined with the safety protocols.

Dr Kuma-Aboagye indicated that more than 12 million doses of vaccines were in stock, with an additional 10 million doses in the pipeline, expected to be delivered before the close of the year.

The Minister of Local Government, Decentralisation and Rural Development, Mr Dan Botwe, pledged to marshal the structures of metropolitan, municipal and district assemblies (MMDAs) to boost the vaccination campaign this month and enforce the mandatory vaccination policy.

The Minister of Chieftaincy and Religious Affairs, Mr Ebenezer Kojo Kum, who chaired the launch, called on all religious and traditional leaders to use their influence to sensitise and get the public to take advantage of the vaccination exercise.

In a speech read on his behalf, the Chief Imam called on everybody, particularly the Islamic community, to get vaccinated because it was not religiously wrong to do so.

A representative of the Christian Council of Ghana, Rev. Professor Paul Frimpong-Manso, called on all Christians to debunk all religious fallacies about the vaccines and get vaccinated for their individual and collective good.