Police retrieve one of the missing Ellembelle excavators, DCE arrested for extortion 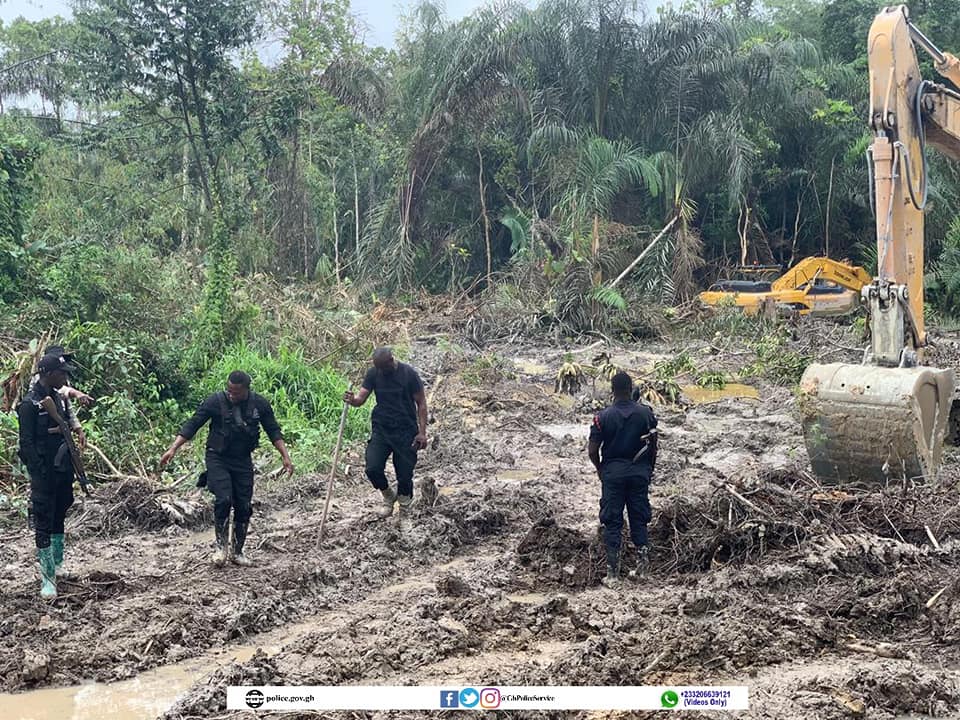 The police have found one of the missing Ellembelle excavators.

Meanwhile, the District Chief Executive of Ellembelle, Kwasi Bonzoh, and three others have been arrested by the police for alleged obstruction.

The police in press statement issued on Wednesday, September 7, 2022 said the excavator was found on Tuesday, September 6, 2022, after “days of intelligence operations”. “A team of operations and intelligence officers working day and night discovered the missing excavator several kilometres into a forest within the Ellembelle District”, the police said.

According to the police the DCE, Kwasi Bonzoh “organised and led some thugs to attack the police and obstruct the operation.”

Below is a copy of the police statement: 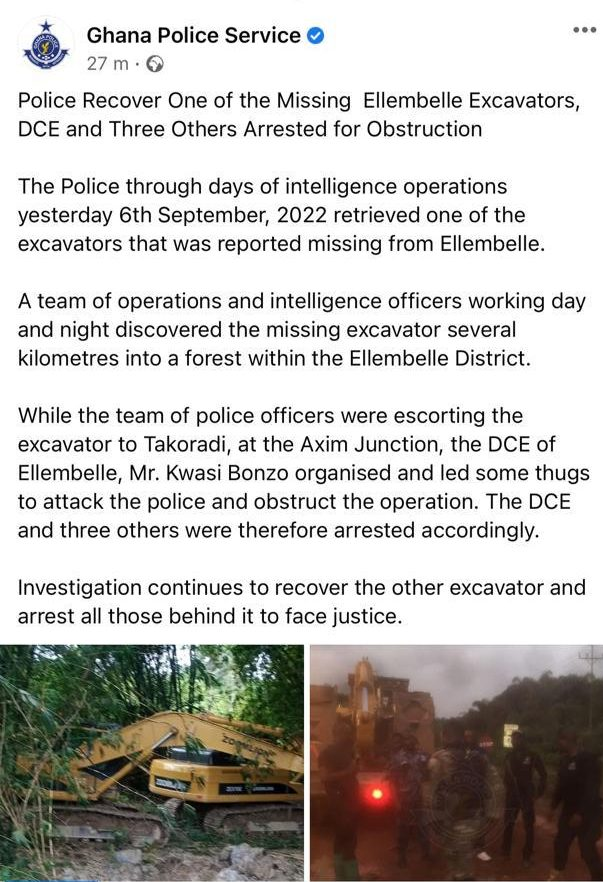 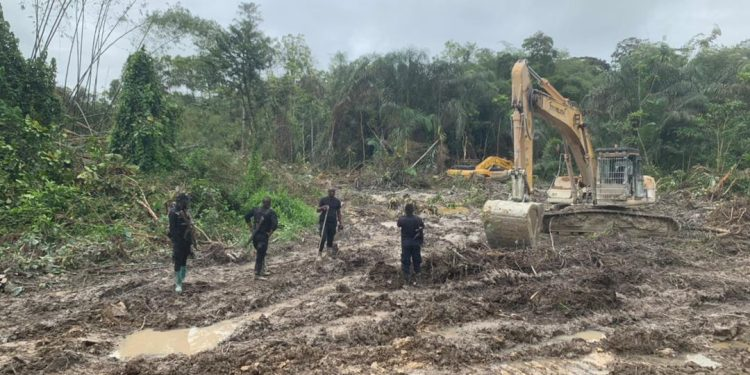