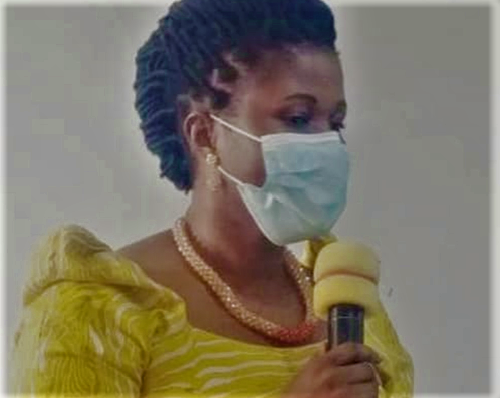 The acting Eastern Regional Director of the Department of Gender, Ms Juliana Abbeyquaye, has urged women to play productive roles in the nation-building process and use their voices as tools to effect change in society.

She said women must use their voices to cause a change and upgrade themselves to have access to opportunities in life.

Ms Abbeyquaye made the call last Tuesday to mark this year's International Women's Day held in Koforidua in the Eastern Region.

The event, which was on the theme: "Women in Leadership; Achieving an Equal Future in a COVID-19 World," brought together various women’s groups made up of the beauticians and hairdressers association, dressmakers, market women, queenmothers, female personnel of the Ghana Police Service and the Ghana Prisons Service, Ghana National Association of Teachers Ladies (GNATLAS) and Ahmadiyah Muslim women.

Ms Abbeyquaye stressed the need for women to upgrade themselves and contribute to the development of the nation.

She added that the adage that the woman's place was in the kitchen was untrue and women should take up the mantle of leadership and reject criticisms that would shelve their future dreams.

Ms Abbeyquaye described women's participation in the decision-making process as low and, therefore, called on them to support each other and equip themselves with the needed skills to climb the ladder to success, regardless of the opposition and challenges on their way.

She encouraged women to pick up from where they had fallen and rise up immediately to challenge that situation, adding that most women had lost their jobs and husbands due to the COVID-19 pandemic lockdown.

The Eastern Regional Director of the Department of Social Welfare, Mrs Deborah Daisy Kwabia, advocated for men to support women at home to enable them to lead decent lives in society.

According to her, men must treat women fairly and with dignity and respect since anyone could fall into that state.

The Executive Director of the Divine Mother and Child Foundation (DMAC), Mr Edmund Duodu Atweri, indicated that women were largely affected during the COVID-19 pandemic lockdown.

According to him, during the lockdown, abuses against women were high and called for support for women in order to get them back on track.

Mr Atweri appealed to all women in the region to actively take part in the COVID-19 vaccination exercise currently ongoing by getting themselves vaccinated.

Some of the women who participated in the programme appealed to Parliament to speed up the passage of the Affirmative Action Bill which is currently before the House.