Parliament did not approve sole sourcing of ambulances — Agyeman-Manu 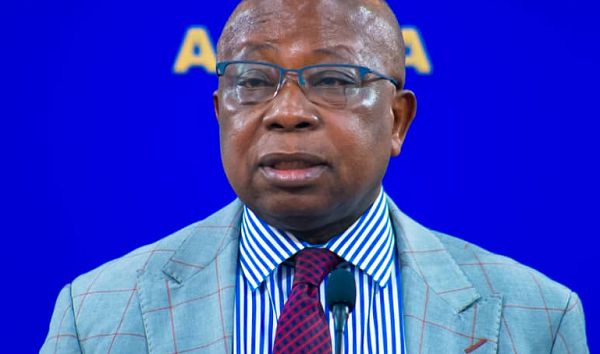 The Minister of Health, Kwaku Agyeman-Manu, has told the Accra High Court hearing the case in which a former Deputy Minister of Finance, Dr Cassiel Ato Forson, and two others are standing trial over an ambulance deal, that Parliament did not approve the sole-sourcing procurement of ambulances in favour of Big Sea General Trading Limited.

The minister, the third prosecution witness, explained in his evidence-in-chief at the court yesterday that the term sheet that was approved by Parliament for the procurement of the ambulances did not select Big Sea General Trading Limited as the company to supply the ambulances.

Mr Agyeman-Manu, who was being led by the Attorney-General (A-G) and Minister of Justice, Godfred Yeboah Dame, said there was no document justifying the sole sourcing procurement method in favour of Big Sea General, adding: “And that is why I saw that it was a bit strange and not a correct move at the time.”

Dr Forson, who is the National Democratic Congress (NDC) Member of Parliament (MP) for Ajumako Enyan-Essiam and Ranking Member on the Finance Committee of Parliament, is standing trial with
Dr Sylvester Anemana, a former Chief Director of the Ministry of Health, and Richard Jakpa, a businessman, for allegedly causing financial loss of €2.37 million to the state in a deal to purchase 200 ambulances for the country between 2014 and 2016.

The Health Minister, who is the latest witness to testify in the case, confirmed that Parliament approved the financing agreement between the government of Ghana and Stanbic Bank for €15.8 million for the procurement of 200 ambulances.

He noted that after the parliamentary approval, the then Chief Director of the Ministry of Health and second accused, Dr Anemana, wrote to the Public Procurement Authority (PPA) to seek approval to sole-source the procurement of the 200 ambulances from Big Sea General Trading.

He said paragraph two of the letter to the PPA mandated the ministry to engage Big Sea General Trading for the execution of the project.

Asked about what he had to say concerning the parliamentary approval and the letter that was written to the PPA, the minister told the court that the term sheet submitted to Parliament for approval did not indicate that Big Sea General Trading had been selected to execute the project.

Mr Agyeman-Manu, who was testifying at the court, presided over by Justice Afia Serwaa Asare-Botwe, further testified that there was no evidence to the effect that the funding arrangement was done by Big Sea General Trading.

Per the A-G’s facts accompanying the charge sheet, in 2009, when then President John Evans Atta Mills was delivering the State of the Nation Address, he had indicated that new ambulances would be purchased to expand the operations of the National Ambulance Service.

Jakpa, who is a local representative of Big Sea General Trading, a company based in Dubai, subsequently approached the Ministry of Health with a proposal that he had arranged for finance from Stanbic Bank for the supply of 200 ambulances to the government.

Parliament approved the financing agreement between the government and Stanbic Bank.

According to the facts, on November 19, 2012, Dr Anemana wrote to the PPA, seeking approval to engage Big Sea General Trading through sole sourcing for the supply of 200 ambulances.

They added that on August 7, 2014, Dr Forson wrote to the Bank of Ghana for letters of credit for €3.95 million for the supply of 50 ambulances in favour of Big Sea General Trading.

The letters of credit were accordingly released to Big Sea Trading.

The facts said 30 ambulances were purchased at a sum of €2.37 million, but all were found not to have met ambulance specifications and “not fit for purpose”.