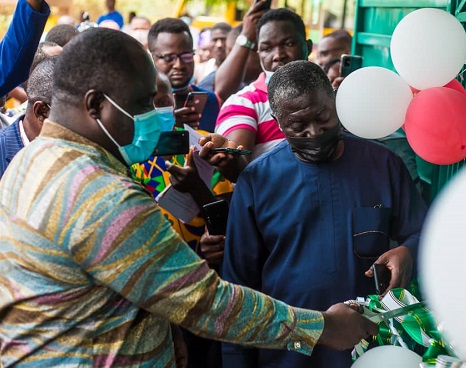 The Oti Regional Lands Commission office has been inaugurated, with a call for effective land administration for sustainable development.

The regional office was inaugurated at Dambai last Friday (March 4) in accordance with Article 260(1) of the 1992 constitution which provides that “the Lands Commission shall have a branch in each region to be known as Regional Lands Commission for the performance of the functions specified in article 258 of this constitution."

The Deputy Minister for Lands and Natural Resources, in charge of Lands and Forestry, Mr. Benito Owusu-Bio, who inaugurated the building, said efficient delivery of land services was critical to the growth of the country.

He stressed that it was important for land administration services such as survey and mapping, valuation of property, state land acquisition, land management and registration to be done properly to propel socio-economic development. 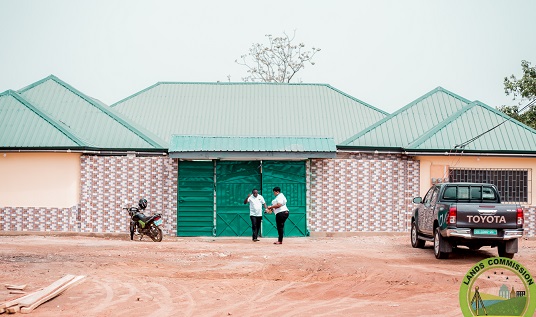 The Deputy Minister said the inauguration of the regional office was important because it would bring land administration close to people at the local level and drive inclusive development.

"In the past, land administration services could only be accessed from the Ho office of Lands Commission, as applicants had to travel for about three hours from Nkwanta, Jasikan, Kpando, Nkonya and other surrounding areas to access land administration services. With the inauguration of this office, people do not have to travel long distances to access land services," he said.

Mr. Owusu-Bio said the inauguration of the building would bring real meaning to the rationale behind the creation of new regions, including Oti.

He added that the Oti Regional office of the Commission would operate in a fully digital environment which would ensure speedy delivery of services and "reduce the usual delays associated with processing of documents in manual environment."

"Lands Commission here, on behalf of the government, shall manage public lands and any other lands vested in the President by the constitution or by any other law and any lands vested in the commission, advise the government, local authorities and traditional authorities on the policy framework for the development of particular areas of the country, to ensure the development of individual pieces of land is coordinated with the relevant development plan for the area concerned, among other importance," he said.

For his part, the Oti Regional Minister, Mr. Joshua Makubu, expressed gratitude to the Lands and Natural Resources Ministry for ensuring the completion of the edifice.

He observed that the commissioning of the building was "a new dawn in Oti Region" in terms of efforts to resolve land issues and ensure effective land administration.

The Regional Minister observed that one of the reasons for the creation of Oti region was to create job opportunities for the youth and seamless land administration was required to achieve that goal.

The Deputy Executive Secretary in charge of Corporate Service of the Lands Commission, Mr. Jones Ofori Boadu, said the Oti Regional office was going to start operations in a purely digital environment.

He said the Oti Region's land records that were with the parent region - Volta, have all been segregated, scanned and digitised to ensure that there was facilitate service delivery.

Mr. Boadu said plans were already in place to extend the services of the Commission to all districts in the region.

He called on traditional authorities and other stakeholders to support the process to make it a success.