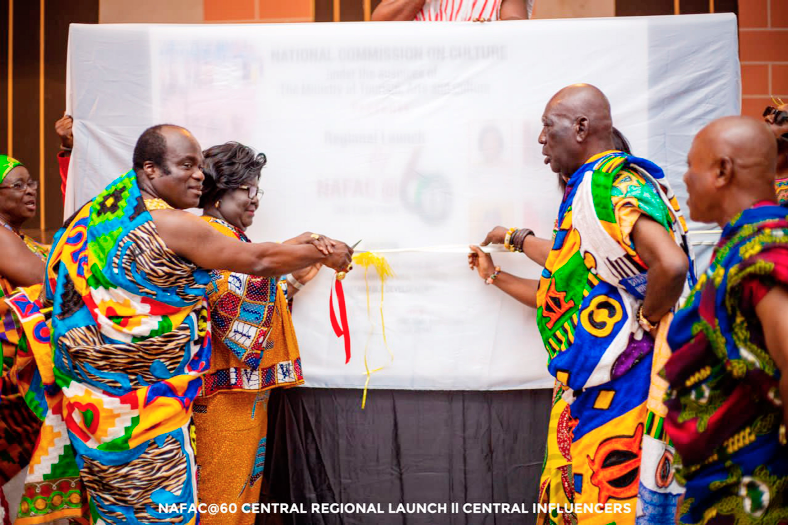 President Nana Addo Dankwa Akufo-Addo is expected to join the chiefs and the people from across the country for the grand opening of the National Festival of Arts and Culture (NAFAC) in Cape Coast today.

The durbar of chiefs would see culture at its best with elegantly dressed chiefs displaying the best of royalty and tradition unique to their respective communities and towns at the Adisadel Park in Cape Coast.

This year’s festival marks NAFAC’s 60th anniversary and is on the theme, “Reviving Patriotism, Peace and Unity through Cultural Diversity for Sustainable Development”.

The durbar was preceded yesterday by a float through some of the streets of Cape Coast. Already, 150 exhibition booths have been mounted for the week-long festival.

NAFAC, one of the flagship events of the National Commission on Culture, was institutionalised in 1961 by the late Dr Alexander Atta Yaw Kyerematen, the founder and first director of the Ghana Cultural Centre, now Centre for National Culture in Kumasi.

The festival has been the biggest platform that showcases the totality of the nation’s culture from all the regions.

NAFAC was last celebrated in Koforidua in the Eastern Region in 2019, on the theme: “Empowering the Youth through Culture, Tourism and Creative Arts for Employment and Wealth Creation”.

The festival was, however, put on hold due to the COVID-19 pandemic.

This year’s anniversary and celebration will compensate for the years of break with authentic traditional glamour and unique cultural experiences.

The Head of Exhibition of National Planning of the NAFAC, Nana Otuo Owoahene Acheampong, said this year’s exhibition would include a showcase of arts and culture from all the 16 regional directorates of the Centre for National Culture.

All the 22 metropolitan, municipal and district assemblies in the Central Region have also been given space to exhibit their unique peculiarities.
About 50 private exhibitors have also registered to participate in the festival.

The festival this year has further incorporated a Farms Market that allows farmers to directly reach consumers.

At the launch of the festival in Accra on September 13, 2022, the Executive Director of the NCC, Ms Janet Edna Nyame, said that individuals who had been actively involved in the affairs of NAFAC 60 years ago would be honoured at this year’s festival.

“One of such leading individuals will be the late Dr A. A. Kyerematen, the first director of Centre for National Culture, Kumasi, whose personal idea of an arts festival later metamorphosed into the NAFAC we have been organising all these years,” she stated.

The Central Regional Minister, Justina Marigold Assan, reiterated that the region would give patrons a memorable festival.