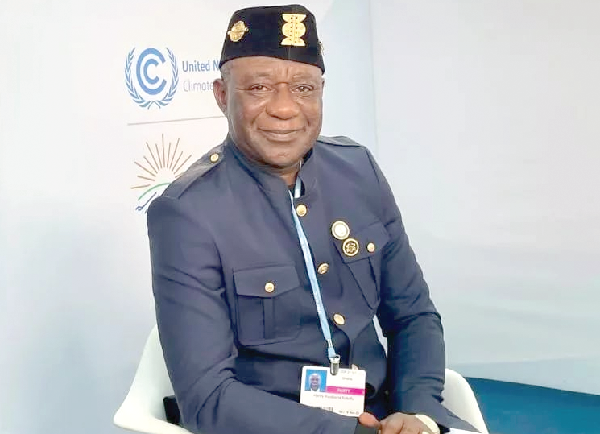 The vexed issue of loss and damages for least developed countries heavily impacted by climate change took centre stage at the United Nations Conference on Climate Change (COP27) last Wednesday, with negotiators for both developed and developing countries pulling the strings for dominance.

As predicted by experts in the climate space, day three of the conference, which was labelled the "climate finance day," lived up to the billing as the negotiators slugged it out to a stalemate on the thorny issue of loss and damage payment.

With both developed and least developed countries holding on to their polarised positions on whether to pay or not to pay loss and damages, it appears that the stalemate could actually be a make or break for COP27, if a middle ground is not found.

If the prediction by the Pan-African Climate Justice Alliance (PACJA) that it is only until 2024 that there will be clarity regarding loss and damage and the sources of funds is anything to go by, Africa may be handed a bad deal at the end of COP27.

However, the Climate Vulnerable Forum (CVF) is optimistic that there will be light at the end of the tunnel.


The CVF, comprising 58 climate-vulnerable countries with a total of 1.5 billion people, a forum chaired by President Nana Addo Dankwa Akufo-Addo, says it is resolute in the demand for sustainable funding for loss and damages.

The Special Envoy to the CVF President, Dr Henry Kwabena Kokofu, told the Daily Graphic in an interview that the forum was firm in its demand for "a complete, ring-fenced and dedicated funding source" for loss and damage related to climate change.

"We have taken a position on loss and damages, and we do not think that being an agenda item alone is enough. We want to see something more concrete than that; we want to see something going beyond the $100billion pledge by developed countries that is even not being realised," Dr Kokofu, who is the Executive Director of the Environmental Protection Agency (EPA), stressed.

Touching on the possibility of loss and damages being agreed on at COP27, he said the CVF was optimistic that there would be a breakthrough.

"We are not looking at impossibilities; we are focused on possibilities. The CVF President and other leaders have been pushing so hard and we are getting mixed feelings from the developed countries. I must say that some pledges have been made and some commitments are also being made towards that," he said.

There have been some concerns that African leaders were virtually on a begging spree at COP27.

Those who make such assertions say African countries have not demonstrated enough capacity to tackle their own development challenges.

However, Dr Kokofu said contrary to that assertion, African leaders were rather pushing through a legitimate demand for climate justice.

He said it was unacceptable that although Africa accounted for just about four per cent of global emissions, the continent suffered most from climate change vulnerabilities.

"It is not a matter of asking for handout or begging for alms. We are asking for real damages that caused to least developed countries' economies, infrastructure, people and the resilience to climate change," he stressed.

"Humanitarian aids and grants are good but it does not guarantee the satisfaction of those who are heavily affected by climate change damages, including loss of lives and properties," he said.

As used in the UN climate negotiations, "loss and damage" is a general term for the consequences of climate change that go beyond what people can adapt to or when options exist but a community does not have the resources to access or utilise them.

Loss and damage continue to harm vulnerable communities the most, making addressing the issue a matter of climate justice.

Since the formation of the UN Framework Convention on Climate Change (UNFCCC) in the early 1990s, vulnerable nations have been calling on developed countries to provide financial assistance that can help them address loss and damage, but that call has been resisted.

The call for funding to address loss and damage, however, gathered steam during the COP26 climate summit in Glasgow in 2021 and continued at the Bonn UN climate negotiations in Germany in June 2022.

Currently, a few developed countries have softened their stance and are beginning to show some level of support for loss and damage financing.

These countries include Canada, Denmark, Germany, New Zealand, Scotland and the Belgian province of Wallonia.